Mexico’s 2018 campaign season has not officially begun, but the race for the presidency is already a nail-biter, featuring a powerful ruling party, dozens of independent aspirants —including two women— and very strange bedfellows.

In my two decades analyzing Mexican elections as both an academic and a pollster, I have never seen such a crowded and unstable presidential field this early on.

For years, the country’s three mainstream parties have seen falling support. Now alternatives are popping up left and right, fracturing old alliances and creating new ones. Sometimes, more options are good for democracy. Other times, they portend chaos.

So is Mexico’s democracy thriving or struggling?

The first sign of trouble in this presidential campaign season came on Sept. 5, when the leftist Democratic Revolutionary Party struck an unusual deal with a conservative rival, the National Action Party, and the smaller Citizen’s Movement. The three parties would join forces to run a single candidate under the banner of the so-called “Citizen’s Front for Mexico.”

While acknowledging that their coalition is ideologically incoherent, party leaders hope that the Citizen’s Front will seem like a palatable alternative to the ruling Institutional Revolutionary Party, or PRI—Mexico’s oldest political party. The beleaguered PRI, which has a 20 percent approval rating and has not yet nominated its candidate for 2018, denounced the Citizen’s Front as illegal and sought an injunction against it.

Reactions across the political spectrum were equally strong. Andrés Manuel López Obrador, a populist former Mexico City mayor and ex-member of both the PRI and the rival Democratic Revolutionary Party, denounced the Front as a stunt.

López Obrador, who is now making his third presidential run —this time as leader of the left-leaning Morena Party, which he founded after splitting from the Democratic Revolutionary Party in 2014— is also angling for the anti-PRI vote. With the election still nine months away, this consummate insider rebranded as a disruptive outsider is currently favored to win.

Resistance to the Citizen’s Front was fierce even within participating parties. In one spectacular retort, Margarita Zavala, a 33-year National Action Party veteran and wife of former president Felipe Calderón, quit the party to run for president as an independent.

Zavala’s defection was unexpected but understandable. People were already buzzing that she could become Mexico’s first viable female presidential candidate. 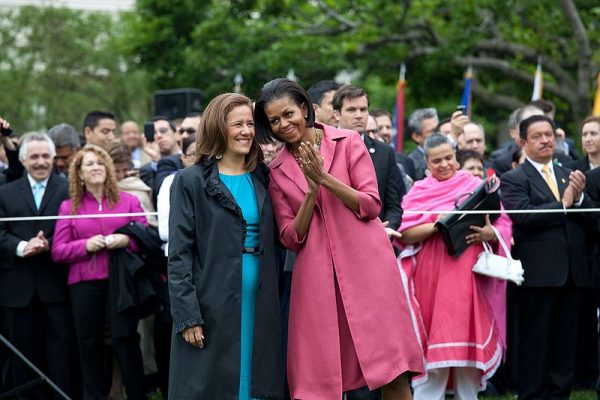 Without the National Action Party, or PAN, her odds of winning against López Obrador seem longer, but early polling is fairly promising. Zavala could come in second, stealing some of the Citizen’s Front base and bumping its candidate into third place but leaving López Obrador his eight-point lead.

Zavala is not the only independent throwing her hat in the ring for 2018. To date, dozens of people without national party affiliations have preregistered to run next July.

The crowded field of independents might also include another woman: María del Jesús Patricio, nominee of the National Indigenous Council.

These presidential aspirants must still overcome several hurdles to get on the ballot, among them gathering 850,000 signatures across 17 of Mexico’s 33 states. As of today none is quite on track to do so.

But even if the 2018 campaign turns out to be an eight-person horse race –three big-tent coalitions each running one consensus candidate, plus the top five independents– recent surveys still put López Obrador just barely out in front.

Shifting coalitions and independent candidacies are a new phenomenon in Mexico, a relatively young democracy that was ruled by one party —the PRI— for most of the 20th century.

But traditional political systems elsewhere in Latin America have long since splintered under similar pressures, sometimes with devastating results. In Venezuela and Peru in the 1990s, for example, plummeting public support for long-established parties ushered in the rise of two “disruptive” outsiders, Hugo Chávez and Alberto Fujimori.

Both won the presidency with a strong mandate to upend democratic institutions, and neither party system has fully recovered from the violent upheaval and power grabs that followed.

Such was the disruption that in Peru’s 2016 presidential race, 10 “parties” —some of them less than a year old— competed in the first round after a long stretch of political instability. Meanwhile, Venezuela has, in effect, just one party today: the authoritarian regime of Nicolás Maduro.

That’s because political fragmentation creates the potential for political gridlock and social instability. Convulsions in party systems like those brewing in Mexico blur the lines connecting voter choice to politician behavior.

This deteriorates already diffuse electoral accountability: When parties appear and disappear at random, and outsiders promise to “disrupt” the system, citizens are hard-pressed to correctly identify which party will act in their best interest.

In the worst case scenario, these shifts can lead to the collapse of democracy itself.

In my assessment, there’s a chance that the Mexican politics could meet the same fate.

For a country’s citizens to abandon their habitual parties en masse, studies show, three factors must be in place: a huge corruption scandal involving a mainstream party; an electorate alienated by politics as usual; and a social crisis that diminishes support for the ruling government.

Mexico has all of these puzzle pieces in place. Under president Enrique Peña Nieto, the PRI has been plagued by corruption and scandal. Now, the Oderbrecht bribery scheme —which has caused chaos in Brazil, Ecuador and Peru— is hitting Mexico, too.

Additionally, polling shows that voter identification with all three major parties has eroded markedly over the past decade. And as for a profound social crisis, how about the 32,000 missing people who’ve “disappeared” during the country’s decade-long drug war?

3 years ago, 43 students disappeared in #Ayotzinapa, Mexico. Here’s a look back: https://t.co/2tX7Rw39XI

In theory, then, Mexico could see its political system splinter in 2018. If López Obrador ekes out a plurality of the vote —say, 30 percent— and numerous other parties and independents split the rest, the president would have a weak mandate and questionable legitimacy. This would mean six years of political stalemate at best and system failure at worst.

Before I get too dire, there’s one critical backstop to party collapse in Mexico: the PRI itself. In the turbulent 1990s, Argentina’s political system survived significant changes because the well-branded Peronista Party gave out goods and service to ensure that voters didn’t forget it at the polls.

The PRI is one of Latin America’s most powerful party machines. In that sense, its extensive patronage networks could have the unexpected upshot of protecting Mexican democracy. The PRI is ailing, but it has a long history of political survival. It’ll probably adapt to these tough times, too.