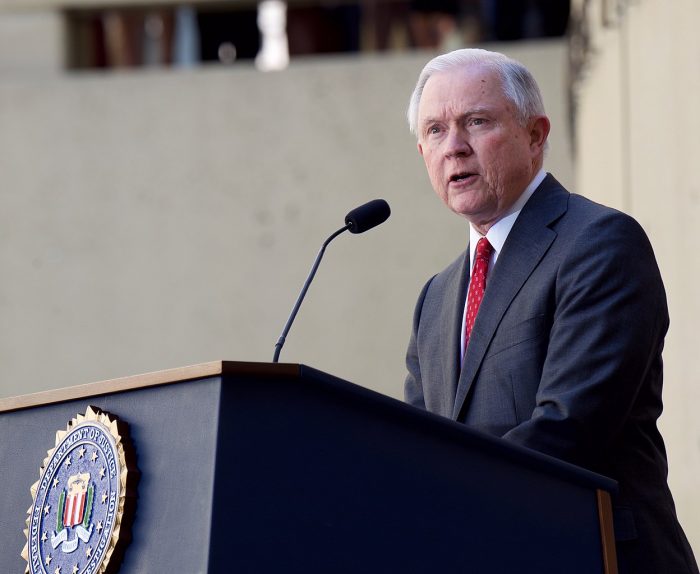 Here’s something that the Attorney General and the Justice Department announced on Monday that we are pretty certain you might not have heard about yet. According to the DOJ website, Sessions “announced $98,495,397 in grant funding through the Department of Justice’s Office of Community Oriented Policing Services (COPS Office) COPS Hiring Program (CHP). The Attorney General announced funding awards to 179 law enforcement agencies across the nation, which allows those agencies to hire 802 additional full-time law enforcement officers.”

Here is what Sessions said:

Cities and states that cooperate with federal law enforcement make all of us safer by helping remove dangerous criminals from our communities. Today, the Justice Department announced that 80 percent of this year’s COPS Hiring Program grantees have agreed to cooperate with federal immigration authorities in their detention facilities. I applaud their commitment to the rule of law and to ending violent crime, including violent crime stemming from illegal immigration. I continue to encourage every jurisdiction in America to collaborate with federal law enforcement and help us make this country safer.

So who is getting this money and will be cooperating “with federal immigration authorities in their detention facilities?” The DOJ shared that list and 80% of these places would fit Sessions’ quote. Give the list a look. It’s pretty eye-opening, no?