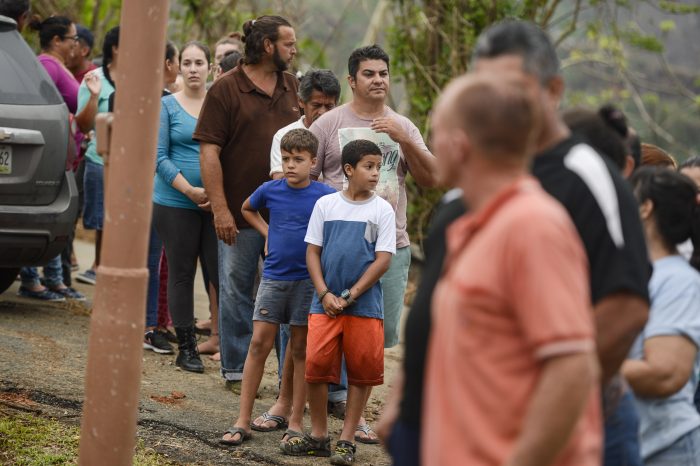 Even before this year’s devastating hurricane season, the team of demographers I work with at Penn State and the Puerto Rico Institute of Statistics had predicted that the population of Puerto Rico would decline over the next few decades. Have Hurricanes Irma and María accelerated this trend?

Slowing population decline is central to the economic recovery plan drafted by the Puerto Rican government in March of this year. If migration off the island accelerates, it is likely that the government of Puerto Rico will face even greater challenges in meeting that plan’s milestones.

Preliminary data from the Puerto Rican Diaspora Study, which I recently concluded, can help shed light on how many Puerto Ricans who have fled the island might return home—and how many are gone for good.

In the two months since María made landfall, Puerto Ricans have left the island in even higher numbers than before. Recent commercial flight passenger data indicate that between Sept. 20, the day Hurricane María made landfall, and November 7, approximately 100,000 people left Puerto Rico. That number exceeds the 89,000 people who left island during all of 2015 and increases by the day.

Lack of access to power, drinking water and health care are pushing people out. Recent forecasts of migration out of Puerto Rico from the Center for Puerto Rican Studies at CUNY suggest that, because of Hurricane María, the island may lose up to 470,335 residents, or 14 percent of its current population, by 2020. This would represent a doubling of migration off the island compared to previous years.

My survey is designed to collect information from Puerto Ricans in the United States about their family members who remain on the island. The survey ran from October 17 to November 13, 2017. More than 6,000 eligible respondents completed it.

Respondents were asked about the intentions of their family members or friends who have migrated or intend to migrate.

Intentions to stay in the US

The data show that some Puerto Rican migrants have plans to relocate to the mainland permanently, others have decided to stay on the mainland temporarily—but a third group is undecided, waiting to see how the island recovers. This third group is large, representing at least half of those expected to leave Puerto Rico before 2020—or between 131,925 and 245,186 people.

The return to normality of electricity, drinking water and other essential services could become crucial in reducing permanent migration from Puerto Rico. That, in turn, would help stabilize the total population of Puerto Rico and allow the government to better achieve the goals of the economic recovery plan.

Helping Puerto Ricans return home will benefit the island, but it could also help the mainland.

Puerto Ricans who remain in Florida and other states will pose challenges to local and state governments on the mainland. This population will require public services such as education, health care and housing. Florida is already dealing with increasing numbers of students, and recruiting teachers from Puerto Rico to better serve the increasing Puerto Rican population in the state. Both Florida and cities in New York state have started to aid displaced Puerto Ricans with housing.

If not reversed, the influx of Puerto Ricans will transform the demographic profile of the areas where they settle and produce shifts in workforce and job markets. They may even transform the political profile of the voters participating in the midterm elections and future presidential elections.