Gutiérrez: Trump’s Decision to End TPS to Haitians Is Another ‘Short-Sighted, Self-Inflicted Wound’ 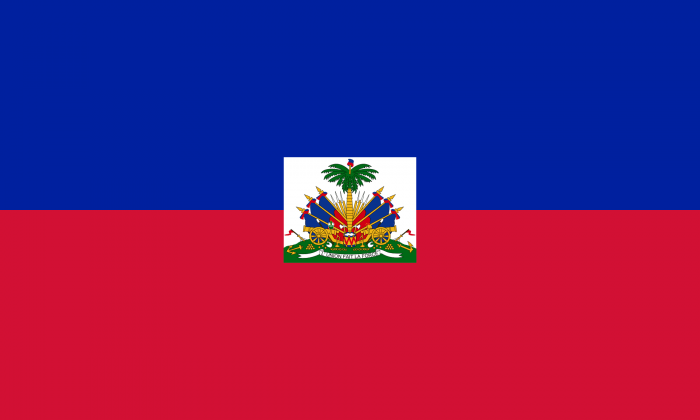 The following statement by Rep. Luis Gutiérrez (D-IL) about the federal government’s decision to end Temporary Protective Status to Haitians was shared Tuesday afternoon with media:

Ending TPS for Haitians is a tragedy and a great injustice. President Trump’s decision means taking 59,000 people who have been living, working and raising families in this country for many years and forcing them back into the underground of limited rights and the constant threat of deportation. Trump’s agenda is clear—he wants to delegitimize immigrants and immigration while playing to the xenophobic elements of the Republican political base.

Obviously, any pretense the White House had to say they are working towards solutions on immigration, working to restore the DACA program, or trying to work with Democrats to resolve immigration and refugee issues is complete and utter boloney. Trump wants fewer people of color in this country and is dismantling programs that grant individuals protection from deportation so that he can deport more families and productive members of American society.

Our goal should be a system where immigrants, refugees, and asylum-seekers who qualify under our laws are allowed to live and work in the open, playing by established rules that are evenly and humanely enforced, but the President clearly disagrees with that approach.

The Haitian people in this country enrich our lives and strengthen our economy, while helping to alleviate the severe political, economic and infrastructure problems that still afflict Haiti less than a decade after the 2010 earthquake crippled the nation.

Like everything associated with this President, this is a short-sighted, self-inflicted wound—an unforced error that harms the United States and our standing in the world.

This latest irrational move to sunset TPS for more than 58,000 Haitians across our country —3,400 in New Jersey alone— only serves as a reminder of the dangerous frame of mind driving the decision makers in this Administration. Decision makers who appear convinced that anyone born outside of the United States is an automatic burden on our communities, a menace to our national security and an unwelcome guest in our country.”

Let there be no mistake, revoking TPS in the name of nativism is a self-serving move to strip legal status from entire communities, force them into the shadows of society, and ultimately subject law abiding immigrants to deportation. The fact is Haiti remains the poorest country in the Americas and one of the poorest countries in the world, and the country is in no position to accept the return of thousands of nationals currently protected under TPS, jeopardizing the vital economic support of $1.3 billion remittances coming from the U.S., especially after recent destruction caused by hurricanes Irma and Maria. This decision will not only have a seriously destabilizing effect and impair Haiti’s fragile recovery efforts, but it further harms our ability to be an effective leader on the global stage by demonizing people from different countries.  But faced by a lack of ‘bad hombres’, the Trump administration is shamelessly creating deportable immigrants out of thin air and tearing apart American families – specifically 27,000 US citizen children who have TPS parents.

We cannot stand idly by to wait for this Administration’s coming of age politically. With yet another self-inflicted wound to our moral standing as a nation, Congress must again step in and act to find a permanent solution for a population that will now be undocumented in 18 months.