When I Got DACA, I Was Forced to Revert to a Name I Had Left Behind 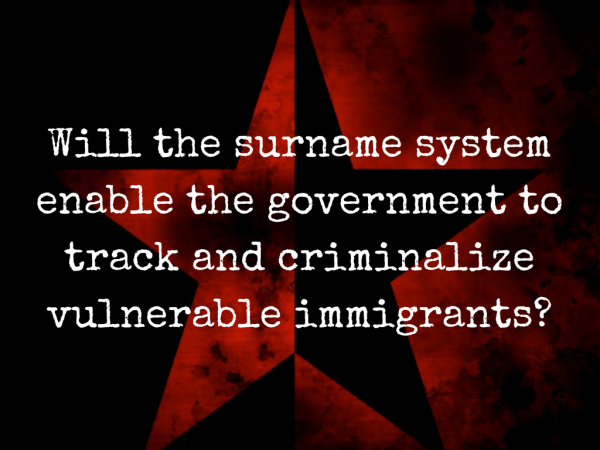 The Deferred Action for Childhood Arrivals was a great relief, if only for some time.

It allowed 800,000 people like myself to live and work without fear of deportation.

DACA was an executive order issued by former President Barack Obama in 2012 that gave undocumented young people a two-year renewable work permit, provided they met certain criteria. On Sept. 5, 2017, President Donald Trump rescinded the program. While the program is set to expire on March 5, there is now a legal battle playing out in the courts to keep it intact.

As Congress and the White House debate how to move forward, they should be aware of one little known consequence of DACA. It forced many recipients to change their names, throwing many aspects of their lives into disarray.

I am an anthropologist who has been studying immigrant youth since 2010. In my most recent research, I interviewed DACA graduate students about the impacts of DACA’s forced name alteration.

Here’s what they told me.

DACA forced immigrants who grew up in the United States using only one last name —usually their father’s— to add another last name, usually their mother’s maiden name. This was done because the new forms of identification that were issued through DACA, such as work permits, had to match the information on the applicant’s birth certificate.

The majority of DACA recipients, about 75 percent, are from Mexico, where it is customary to use both paternal and maternal last names. Therefore, many applicants have two last names on their birth certificates.

While the birth certificate name requirement applies to all immigrants, it has unique impact on DACA recipients. DACA recipients were brought to the U.S. at a young age without legal status. In the U.S., it is customary to use only one last name. Many immigrants from Mexico dropped their mother’s last name during their primary education and grew up using just one last name because their families were instructed to do so by institutions like schools and the DMV. All of their U.S. records prior to DACA are often under that shortened name.

For example, I interviewed Rosa V. Martinez (a pseudonym), who says she was forced to add her mother’s last name, Flores, to her name when she applied for DACA. Rosa pleaded with the immigration officials to let her keep just one last name, but she was not allowed. The consequences of this were significant.

Her new legal name did not match a lifetime of records, such as the name on her bachelor’s and master’s degrees, published works and transcripts. When Rosa applied to Ph.D. programs, the schools were unsure if Rosa V. Martinez and Rosa V. Martinez Flores were the same person and were reluctant to accept her transcripts. The already stressful application process became even more complicated.

Another graduate student, Vicente Hernandez (a pseudonym), attempted to get a student loan, but his new legal name, which also had a second “last name,” did not match his credit score. Because of this, the bank was unwilling to give him the loan. Vicente was finally approved only after many stressful weeks and extra paperwork.

Vicente said, “There was no need for that huge inconvenience and hassle. This would have never happened had they [U.S. immigration] allowed me to keep my name as it was.”

Beyond the negative impacts discussed by the research participants in this study, the renaming of individuals has historically been used as a way to control people. It facilitates a country’s ability to reject and discard individuals deemed unfit for society, as well as criminalize and persecute them. This is not something most DACA recipients are aware of.

A well documented, extreme example of this comes from Europe. By the 19th century, the use of last names was widespread in Europe. But one group, the Ashkenazi Jews, had managed to resist. A Prussian law in 1833 forced all Jews to choose from a fixed list of surnames. Through this decree, the state effectively secured via last names the recognizability of Jews as Jews. The closed list of Jewish surnames made it easier for Nazi Germany to carry out the task of genocide. The efficient expulsion of Jews to their deaths during WWII would have been, logistically, much more difficult prior to the 19th century.

Last names make populations traceable. They aid the government in tracking criminals and other persons of interest and knowing accurate population size for the purposes of taxation and waging war.

Another example of how governments use forced name change to hurt people comes from U.S. history. In 1887, the use of surnames was enforced on Native Americans with the Dawes Act, which created unambiguous personal identities for the purpose of ending communal holdings of property, and opened Indian lands to settlement by non-Indians and to development of railroads.

As the future of those previously protected by DACA is mired in uncertainty, it is important to learn from the past and be cautious of the potential harmful consequences of forced name changes on people’s lives. It is likely that the negative impacts due to forced name change will worsen if no law is passed to aid former DACA recipients.

The question remains: Will the surname system enable the government to track and criminalize vulnerable immigrants?