The School Shooting That Never Happened 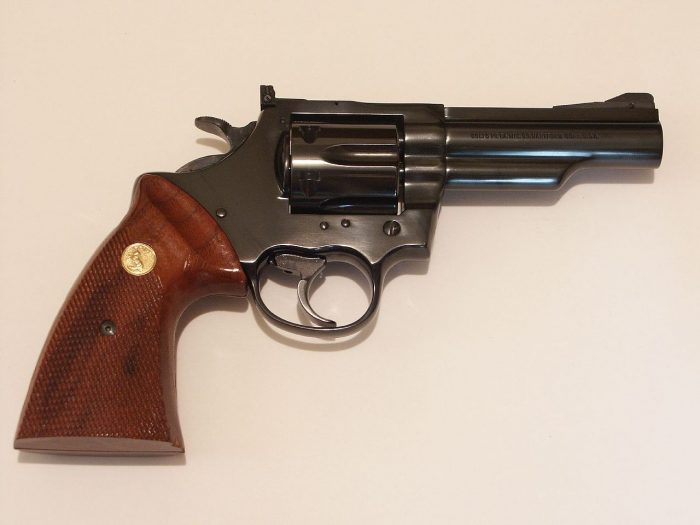 I have never written about this incident for many reasons. For starters, I completely forgot about it immediately and moved on, and it wasn’t until a fortuitous encounter with the event’s protagonist two decades later that I ever gave it a second thought. Then, whenever I felt like writing about it, a mass shooting would take place and it just felt self-serving. Finally, I never felt it was my story to tell. At least not all of it.

But on Thursday night, as I drove home, I heard on public radio that we need a better understanding of who are the people more prone to commit a mass murder, a shooting. I found odd that part of the profile mentioned bullies but not those bullied. I still could not write about it, but a Twitter conversation finally moved me to it.

This is why I’m writing about it.

It was the Fall semester of 1988. I’m no longer a freshman but a junior in my three-year high school system (10th-12th). By that time, I was in all kinds of trouble and a soon to be a high school dropout. As usual, I took a break from my first morning class to go to the bathroom to smoke another Marlboro Red. Like the cliché song goes “Smoking in the Boys Room.”

I reclined against the walls and lit my cigarette. I haven’t even had a decent drag when I heard that distinctive sound of metal hitting old Spanish tiles. I knew there was someone in one of the stalls when I walked in but that was no reason to be alarmed. Everyone smoked all kinds of things in the bathroom.

The ”clink” sound was followed by sobbing. That was weird. It was the kind of sobbing that you do when you are trying not to cry, and you just make it worse.

I looked at the floor and I saw a few bullets.

In there was a 10th grader with a revolver and he was clumsily trying to load it. It was his father’s service gun. We started talking.

Bro, what are you doing?

“I’m going to kill them all today.” He said once. Twice. Too many times to remember.

I asked, who? Even though I knew who his likely tormentors were. They had been mine.

I asked, why? Knowing very well why. I had felt that urge too.

As a freshman in a public high school in Puerto Rico you expect to be mistreated by the older kids and God forbid that someone picks you as THEIR punching bag. I went through it, and the only way to get out of it was to eventually become more violent than them and let them know that they could all beat me to a pulp that day but that I knew where they all lived and how they got to their homes, and that one-on-one or even two or three against one, they got nothing on me. Fucked up. I know. But it worked, and I was left alone.

For this kid, it was different. He was the son of a cop so there were many people interested in seeing him suffer. Perhaps they were taking revenge because the police in Puerto Rico (like elsewhere) victimizes the poor. Maybe they just hated the kid. But after a month of daily beatings, and when I mean beatings, I’m talking about six to ten kids beating you until you are on the ground and then kicking you until you can’t move, he couldn’t take it anymore.

Of course, this does not happen in front of everybody. The teasing and humiliation take place in public. The beatings (the most brutal of them) are private affairs. Think of ambushes. No place is safe.

So here is this kid who has been going through this, has no way of telling his dad or anybody really. It was so normalized. So, his dad comes home after a night shift and falls asleep. The kid wakes up and is ready to go to school and perhaps avoid a beating. Fat chance. Only when there is no school and he stays home, he is safe.

He grabbed his father’s unloaded gun from his dad’s nightstand table. Found the bullets. Put everything in his Colorado backpack and headed for school. I can imagine the fear and rage feeding each other on his mind. Like I said, I’ve been there.

Luckily, he didn’t have any real understanding of guns and this was a revolver which makes it a tad more complicated. He didn’t come to school shooting. He hadn’t had time to stop and load the revolver. He went to his first class and asked to go the bathroom. Just like I did so I could smoke a cigarette.

And there we met.

As I listened to his story, I offered him a cigarette which, he first refused (he didn’t smoke) but ended up accepting. He could not light it up. His hands were trembling too much, so I had to do it for him.

We talked. He explained why he wanted to kill them, about eight kids. I explained I had been there. Told him that I would back him up when they came for him, but that he couldn’t do this.

He just couldn’t take it anymore and the more we talked, the more he seemed convinced to do it.

What if they take the gun from you and kill you?

He looked at me with wide eyes full of tears.

I had been there too. So, I asked; “What about your family and the people that love you? What is your dying going to do to them?”

I don’t know how or why but as he started answering and sobbing I took the gun from his hands and he just let go. I look around for the bullets as he kept talking just to realize that I had a few in my pocket and a few on my hand. The revolver was empty.

All I could was to put my hand on his neck and shake him a bit while telling him affectionately, “Chico, go home. Go tell your dad. Wake him up. Tell your mom too. There is no shame in this. You are not Superman.”

He smoked another cigarette and when he was more calm, I walked him out of the school, went halfway walking to his house and gave him his dad’s gun back. I kept the bullets.

I went back to school. That class period had ended. I was sent to the principal and that was yet another of many suspensions until I dropped out.

I show the bullets to a few of his tormentors. I knew the cowards they truly were. And let them know that next time I wasn’t stopping him. They left him alone.

Since I had nothing to do, I went to the college part of town to hang out with college students, smoke, drink bad whisky and play pool. And by the end of the day I had completely forgotten about it.

And one day, over two decades later, back in my hometown for vacation, I happened to walk by a shoe store with my wife and this tall guy comes out and addresses my wife: “Señora, is this your husband? I went to high school with him.” And all I could think was “Fuckkkk, what now? Not another story of the all the trouble I got in” as I didn’t recognize him at first.

And then he told the story to my wife. And this time I did not have to give explanations that were meant to explain my own actions to myself (as I was and remain my worst critic). He was a bullied kid, just like I had been. He had gone through the same anguish and pain I had gone through, and all I could think was how happy it made me that he was ok. That he made it.

What it saddens me to this day—is that it could’ve played out horribly. This was before of the age of school shootings and in a place that because of its laws make these kinds of event almost impossible. More training doesn’t make it safer. Had he had training we would’ve missed each other in the bathroom. I could’ve been his first victim if had known how to load a revolver.

Accessibility makes it worse. He knew he had taken his father’s service gun and I knew I could use that against his will to use it. I also knew that his tormentors didn’t have guns or an easy way to get one, so showing them the bullets was a good deterrence.

It seems now everyone can get a gun and military-grade rifles. What is going to stop to the next well-trained kid, with or without mental health issues, bully or bullied, from destroying lives in seconds?