No Shock or Awe About ‘Acting’ Latinx 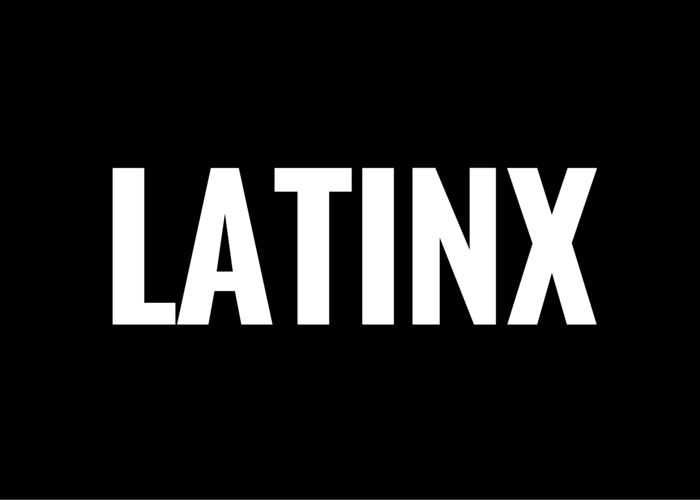 On Monday evening, I saw an unsurprising post on Latino Rebels about a video where a self-defined “ethnically ambiguous” woman is encouraged by her acting coach to change her name and “be Latin.” Surprisingly, I’m not the only one (beside her) who found the advice disturbing. I’m confused the post merited mention at all.

After all, we’re all Latinx now.

Many readers have followed the debate that seemed to take off with María Scharrón-Del Río and Alan Aja’s 2015 post on Latino Rebels. The post responded to Gilbert Guerra and Gilbert Orbea’s 2015 post in Swathmore’s newspaper. It’s also when Latinx started to recolonize not only language, but also artistic, academic and cultural discussions of who Latino/as are becoming. “Latinx” (pronounced La-teen-ex) is a term that has increasingly replaced, rather than complemented, struggles to adopt gendered labels like Latina or Chicana. Less clear in the debate (as it has developed since then) is how the replacement silences and erases long-standing struggles to recognize the significance of gender difference and sexual violence.

The increasing popularity of “Latinx’ undoubtedly reflects socioeconomic privilege, circulating on social media, in academic circles and among the Californian ChicanX/LatinX population. As a result, one problem with wholesale, national adoption of the term is its inconsistent meanings. For example, in California, many Latino/as recognized the influence of the former Mexica (Aztec) population on regional culture and adopted identities like Xicano that emphasized nationalist, rather than feminist movements for recognition and inclusion. Others who adopt a Latinx identity claim it refers narrowly to a population that considers itself gender fluid, gender neutral and/or beyond the gender binary.

Despite its inconsistent usage, some Latino/a/x’s adopt a variant of “we are all Latinx now,” as a signifier of broad inclusiveness. For instance, following the Orlando Pulse mass shooting, Jorge Gutiérrez asserted, “When we say ‘Latinx’ it includes Asian folks, Black people, Muslims, Native Americans. For us, we’re one culture but with very diverse experiences” (Rodríguez, 2017: 211). In other words, as Richard Rodríguez explains, depending on its use, the term may implicate people who have no historical or subjective connection to the term. In what is decidedly a more proximate definition, Nicole Guidotti-Hernández (2017) explains Latinx creates communities based on affect and affinity. In other words, Latinx implicates not only gender, but also ethnicity in being both fluid and performative. If being Latinx is a performance, then why shouldn’t we applaud a person who can dye her hair, change her name, and act her way to “help” interviews and acting jobs?

It’s telling that acting coach Lesly Kahn talks about “representation.” For me, the debate about Latinx elides long-standing struggles to have inequality recognized and remediated. In contrast, the slashes of Latina/o/x indicate the productive tensions and different relationships we have to surveillance and discipline. I understand some people find Latina/o/x “grammatically clumsy,” but I don’t think Latinx as a singular and global identity has helped us move very far in addressing the kinds of disparities and inequality that are implied by this “coaching case” of fetishizing ethnicity and treating it like a commodity. In fact, it facilitates the very dynamics that simultaneously enable all of us to be Latinx, but only some of us to profit, as in Latinos, Inc. (Dávila, 2001).

The coaching case isn’t the only problematic example of the contemporary politic surrounding our discussion of inequality. Examples of a current trend toward wishing inequality away abound in this ostensibly “post-racial,” post-gender and “post-truth” moment. In my classrooms, students debate how difference is policed through violence. They demand we be “inclusive,” and to that end, insist “all lives matter.” Others echo they didn’t see race—they see people. It is not surprising that, in this political moment of speaking truth to power, language continues to serve as an instrumental weapon that elucidates how inequality works—or silences claims for justice as “fake news.” Our collective refusal to recognize how and why boundaries have real significance and deadly consequences in people’s lives mirrors the collective silences surrounding issues of sexuality and sexual violence.

Does crossing out explicit discussion of gender and sexual difference move us toward equity? In the past, it hasn’t. In the 1920s, Latino/a politics meant getting the U.S. Census to consider us “white” so we could become citizens. Instead, in 1930, the U.S. Census classified Mexicans as a separate race. By 1940, the U.S. Census dropped the classification, but silences around difference meant we were still locked out of equal opportunities, such as in “Mexican schools.” Our collective struggle to name ourselves has remained critical to how Latina/o/x struggle against inequality.

When did we as a community or a society move beyond gender? When did inclusivity mean the erasure of measurable discrimination and its disparate outcomes, e.g. Latina/o/x? When did “we,” as peoples who were among the first colonized on the planet, become recolonized in English as “Latinx?”

Nicole Trujillo-Pagán has taught and researched gender issues and Latino/a issues for over 23 years. She is currently an Associate Professor of Latino/a and Latin American Studies at Wayne State University.

One response to “No Shock or Awe About ‘Acting’ Latinx”