In Puerto Rico, Time Is Not Up For San Juan Mayor Yulín Cruz 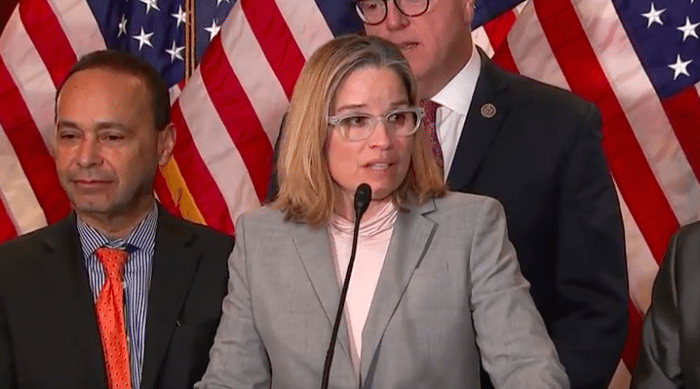 Time might be up in Hollywood, but in Puerto Rican politics, the hands of that particular clock have not moved so much as an inch. To be a woman in the island’s macho-perfumed political waters is still close to sacrilegious. To be astute at navigating them better than your male counterparts is a cardinal sin.

Petite, smart and vocal, “Yulín” earned global attention after Hurricane María shredded Puerto Rico. She stuck her neck out and bluntly criticized President Donald Trump’s careless and heartless response to the catastrophe. In return, Trump called her nasty leader being manipulated by Democrats.

The Mayor of San Juan, who was very complimentary only a few days ago, has now been told by the Democrats that you must be nasty to Trump.

The island’s political elite, subservient to Washington, were not pleased with her either, describing her as a political hack, “esa señora” (that woman) who is not a real lady because she is a single parent and has been married more than once. She also dresses in combat boots and fatigue trousers. The horror.

“I don’t look at myself as a man or a woman,” Yulín Cruz told Latino Rebels. “We’re humans. Are women held to a different standard? Yes, they are. If we wear boots, it’s because we are masculine, not because we are trying to make sure we don’t get bitten by mosquitos or ants or anything. But you know what, that is their problem. Not mine. My problem is to save lives.”

The reality is, as Yulín Cruz said, that Puerto Rico “is a United States colony, and you know when you colonize a group of people, you should be at least responsible.”

A recent Fox News article is a case in point.

Calling Yulín Cruz an opportunist, it decried that she used the devastation wrought by María to gain political capital. It quoted two San Juan residents, as well as José Fuentes, the former Puerto Rico attorney general for the opposition New Progressive Party and an ex-Mitt Romney presidential campaign operative, and Edwin Meléndez, director of the Center for Puerto Rican Studies at Hunter College in New York—hardly a consensus. (Meléndez later recanted his statements, saying he never called Yulín Cruz an opportunist.)

The San Juan mayor takes it in stride.

“I must be having an impact on something,” she said. “I must have hit and continue to hit a chord for them to go to such lengths, for them to start zeroing in on me. You think?”

“I will continue to use every available platform to ensure that we are treated fairly and with respect. Maybe finally President Trump will understand that this is not about politics. It’s about saving lives,” she added.

One might not like her politics or her methods, but Yulín did what political rival and governor Ricardo Rosselló could not or would not. She made the international community take notice of what it actually means to be the last standing colony in history and for your colonial master to be the United States. Without her, Puerto Rico would have been off the front page in a New York minute.

“When somebody bullies you, you have two choices. You either meet him head on, or her, or you just pull your pants down,” she said. “I’m sorry, I don’t know how else to say that. And where there is injustice, you look at it and face it and change it. You just don’t try to be politically correct. Unfortunately, for perhaps those around me my parents didn’t raise me to take things kneeling down – and at times that is something one has to work with, because too much of that, it’s a great backpack to carry.”

It is interesting to note that six months after María, Rosselló has picked up the political gauntlet Yulín Cruz threw down at Washington, demanding fair treatment by the Trump administration.

“Now some people are waking up to the fact that bureaucracy took a hold of everything; that red tape took a hold of everything. Well, hell, what do they think I have been screaming about since the third week after the hurricane?’ she said. “What has happened is not that they just noticed; it is that they are feeling the political heat of being quiet in a humanitarian crisis where the federal government is not being up to par. And now they are trying to jump on the bandwagon. Well, welcome to the game, but they should have been at it a long time ago, because there would have been more voices.”

Before the hurricane hit, Puerto Rico was already $73 billion in debt and bankrupt. Hurricane María made the situation worse. A record number of people has since left the island. Puerto Rico, once the U.S. showcase in the Caribbean, is now a colonial embarrassment.

“You remember that movie A Few Good Men, when Tom Cruise is getting to that last minute, what is it? “You want answers. I want the truth. You want the truth? You can’t handle the truth,'” Yulín Cruz said. “The truth is we have a country with a weakened electrical system that needs to move from the addiction of fossil fuel to the freedom of a combination; we have a country that does not prepare its children appropriately, neither in terms of the subjects that they learn nor in terms of how to be a citizen, with your duties and your rights. We have a country that spends a lot more on its health care than it should and we still don’t have a society that is healthy.”

“So we have to face reality and we have to ensure that we change, that we transform ourselves and that we redesign what this country is all about,” she added. “I personally favor free association, where we sit at a table and we say this is what I have to do, and this is what you have to do. But I would also like to partake in the vastness that the world has to offer. We’re small in size but we’re huge in dignity. And we deserve that. We deserve that.:

In a 2014 interview Yulín Cruz said: “Politics is a rough game, and sometimes as females we are taught that you have to play nice.”

She has made good on that promise.