SCOOP: Anti-Trump GOP Billionaire Donor Would Back Biden 2020, But Not Warren or Sanders

Hey everybody, didn’t send one out last week because I was working on a couple of things, one of which came out of reporting the newsletter. That story is below. Don’t forget to subscribe to The Latino Briefing if you got it from a pal and let’s get to it. 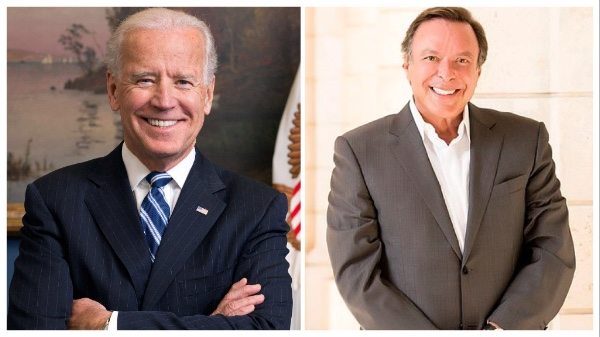 He was Florida Gov. Rick Scott’s top donor during his 2014 reelection and has given millions to Jeb Bush, Mitt Romney and John McCain. But after spending millions against Trump and for Clinton in 2016, Mike Fernandez switched to being an independent. I interviewed him (down below) but his most fascinating comments came on the topic of which Democrats he would —and won’t— support in 2020 against Trump.

“I would absolutely support a Democrat again,” Fernandez told Latino Briefing when asked about the way he has blasted Trump.

“Not Bernie and not Warren.”

But what about Biden?

“Biden is someone I could easily get behind.”

“I have a hard time —as much as I supported Romney in the past— I think his time has passed. But he’s a man of high values, who I respect. What we need is someone with courage to stand up. Someone willing to stand up to the president.”

More below from Fernandez who talks to me about his pledge not to give “one cent” to a Republican who receives NRA money and much more. 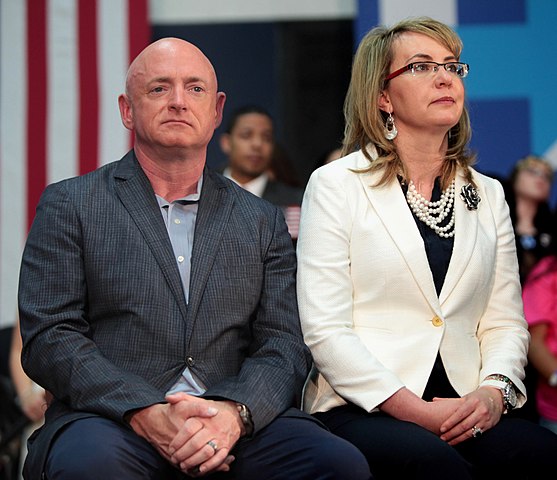 It’s a sensitive topic that operatives are loathe to talk about but three sources in regular contact with the Democratic Senatorial Campaign Committee (DSCC) tell me they have been told the DSCC would back Mark Kelly for Senate if Sen. John McCain was unable to finish his term due to his brain cancer diagnosis.

“They have told me their preference is Mark Kelly,” one Arizona Democrat told Latino Briefing of the former astronaut, Navy veteran, and husband of Rep. Gabby Giffords. “The general view by insiders is that Kelly would be the strongest candidate, he offers good geographical balance with Sinema.”

DSCC spokesman David Bergstein pushed back. “This report is inaccurate and this sort of speculation is disrespectful at this time,” he said.

(The topic is obviously fraught, with Trump-supporting Kelli Ward being criticized last summer for saying McCain should “step away as quickly as possible” after his cancer diagnosis so she could take his place.)

But Democrats insist the party is planning for the possibility McCain is unable to finish his term the same way Republicans must prepare for the possibility. “Kelly would run a similar campaign to Sinema [for Senate] and the reaction to that all depends on what you think of how Sinema is running,” the Arizona Democrat concluded.

The New York Times and Wall Street Journal have recently detailed how Rep. Kyrsten Sinema is angering Democrats who feel she’s too chummy with Donald Trump. I reported in the newsletter that Latinos are angry with the way she is running, with one Latino donor pulling out of a planned Sinema fundraiser.

AN ARIZONA LATINO ON THE BALLOT?

Allies to Democratic candidate for governor David Garcia have been making the argument that with Sinema pissing off Latinos in the state, they would have a reason to come out if they were energized by Garcia’s candidacy against Republican governor Doug Ducey.

Enter Ruben Gallego: Two sources familiar with Rep. Ruben Gallego’s thinking say the veteran, who has recently increased the shots he is taking at Trump on Twitter, would be interested in running for senate if McCain is unable to finish his term. Gallego would be another big name in the race and appeal to Latino voters tired of Trump in the state, but it is unclear if he would run if Mark Kelly did.

Gallego did not respond to a request for comment. 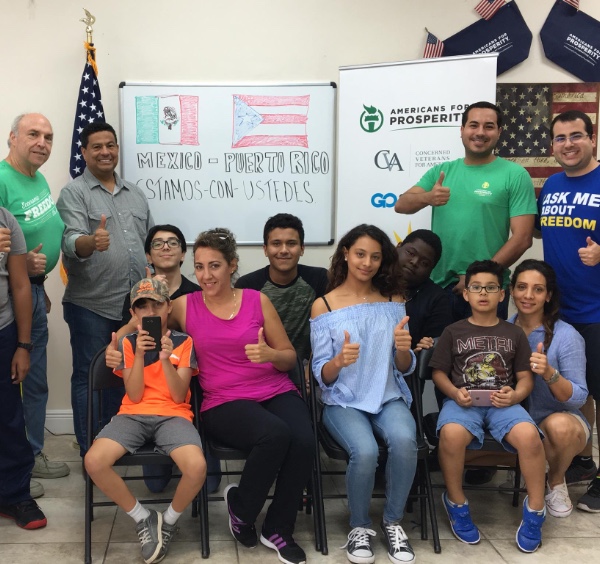 My story out this morning in The Weekly Standard looks at the Koch-funded LIBRE Institute whose “Welcome to Florida” program is giving free English lessons, resumé building and mock interviews, and worrying progressives who have already launched a coalition to counter the group, and told me they’re calling on liberal donors to descend on the state.

RABEN GROUP’S ESTUARDO RODRIGUEZ: “The coalition is being built as a resource for those who have left the island—right now the priority is a roof over their heads, a job, and putting their kids in school, and secondarily, you should have a counter to what LIBRE is doing.”

HISPANIC FEDERATION’S BETSY FRANCESCHINI: “Donors definitely have to spend more money…we have to invest in the Puerto Rican population—and funding is the bottom line.”

LONGTIME DEM IN IMMIGRATION SPACE: “I just think it’s depressing because every year Democrats know if they’re going to win they need Latino voters, and every year they half-ass it.”

Read the full story, including LIBRE’s Daniel Garza telling me first that this $100,000 effort will be followed by another six-figure investment once they figure out what worked and refine the program. 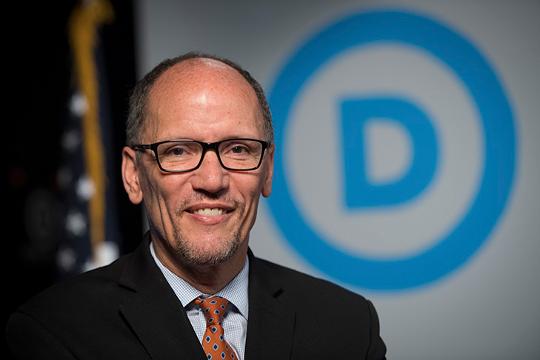 FIRST ON LATINO BRIEFING: DNC DIVERSITY A YEAR INTO THE TOM PEREZ ERA

A year into Tom Perez’s term as chairman of the Democratic Party, it’s easy to overlook that he is the first Latino chair in history. I had a DNC official pull these diversity figures to see how he’s done, with the Latino numbers standing out as a big deal:

— The DNC has more officers of color than at any point, which includes an increase the number of Latinos.

— 57% of senior leadership is female and 70% of directors are women.

WOMEN OF COLOR IN SENIOR ROLES: 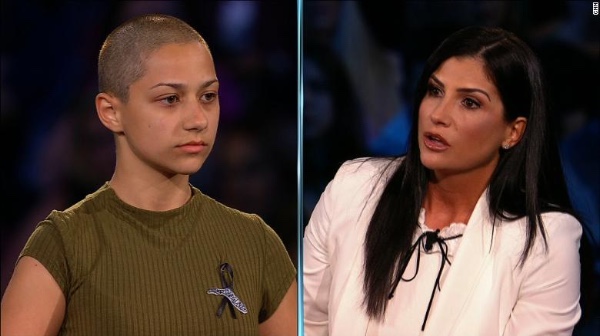 I gave billionaire Republican donor Mike Fernandez a call because he was one of my favorite interviews last year. Last time, he talked at length about how Trump markets himself as a businessman president but neglects that if the United States didn’t let in a Cuban immigrant like Fernandez, it wouldn’t have led to the thousands of jobs he created for Americans. Besides the big news above that he would back Biden 2020, Fernandez talked DACA, his break up with the NRA (where he has been a member,) how his dog could have made millions in New York City real estate in the 1980s, and called Republican Florida House Speaker Richard Corcoran a “racist neanderthal” over his immigration stances  ¯\_(ツ)_/¯.

ON THE FAILURE OF CONGRESS TO MOVE ON A DACA SOLUTION:

Whether Republicans or Democrats, they’re all playing to a very small base of people, driven in many cases by fear and in some cases by white supremacy and in many cases by pure ignorance of the facts. In the early age, when this country was being invaded by a ship called the Mayflower, there was not a single land baron or member of royalty, no one of significant net worth on that ship.

Immigrants are the merchants, creators, and risk takers. They seek to create a better life for themselves and in the process create a better life for their family. It’s sad that 80% of Americans agree, 76% of Trump supporters want this to happen and neither party can make it happen, with minds so minute all they care about is the power they perceive they have. Both parties, including the president have a lack of backbone to do what is right. They have a desire to keep their jobs but very few speak their mind and stand up for what they beleive is right.

ON HIS ONE-MAN WAR ON TRUMP

The man will support the last thing the person he met with talked about. He is a man without original ideas and every original idea he has had has failed: Trump vodka, Trump casinos, Trump steak, Trump water. I mean, you could put my dog to develop real estate in the 1980s and he would have been a millionaire. The ones who are darker than most are being picked on. People come here with hunger, drive, perseverence, a desire to excel — lazy people dont have that desire. Why else would you leave your family and the sunshine and beaches of your country to pick chicken feathers in Minnesota — they’re not looking for a lifestyle change.

I am a hunter, I do hunt in Mexico, but with bolt action rifles that fire a single bullet at a time.. The west was won by a Winchester not a gun with a hundred ammo capacity. These are weapons of war. I’m not against people having weapons they use for sport, but it’s hard to defend a 40 round magazine used for quote “protection.” It’s an assault rifle. It has assault in the name. We should be logical on this.

No one can compare the right to bear arms to the rights of a child to be alive.

In the battle of Bunker Hill there were multiple rounds of shooting with bullets flying 1000 feet per second out of a musket barrel. In the first attack, 100 men were killed. In the next three attacks 200 officers were killed out of 800 soldiers. Assume we parachuted one guy in with an AK-47 that fires 600 rounds per minute at 3000 feet per second. He could have won the battle on his own. The battle of Bunker Hill shows that the founding fathers did not envision such a weapon could exist. They had no idea those weapons were going to be around and the right to bear arms does not mean they should be in the hands of civilians.  Someone who wants to fire an AR-15 should join the armed services, we need veterans.

I’m all for extending the buying age to 21 or older, extensive background checks, and disallowing the sale of large capacity magazine, military-style weapons.

I’m a firm believer that neither party holds the right answer for everything. With LIBRE, Daniel Garza is doing incredibly good work in many areas, but at the same time the work he is doing doesn’t mean they’re hurting Puerto Rican’s ability to make decisions for themselves. The ability to speak English actually widens the spectrum of the information and viewpoints they receive.

They have to look in the mirror, because the enemy is the ugliness theyre teaching, the lack of tolerance, it’s un-American. Look, this fever has to break. You have the Florida House Speaker pushing HB9, which is basically a show me your papers law, it’s the equivalent in the 1930s of having a Jew wear the Star of David on their coats. What in the world are we thinking about? Crops rotted in the fields when we’ve tried hardline immigration laws like in Alabama. I mean we’re talking Richard Corcoran, a racist, neanderthal of an individual, you might as well give the guy a spear.

That’s it! Please continue to let me know which organizations and operatives around the country I need to know about. I can’t do this without the incredible reach outs I receive from everyone and I appreciate it. Send me tips and scoops @Carrasquillo or adriancarrasquillo@gmail.com.