The Cuban political system will experience a watershed moment this April because a Castro will not be elected president of the country, providing a perfect opportunity for Washington and Havana to end their longstanding political and economic disputes.

Rightly or wrongly, this is the moment many Cubans in exile have been waiting for since the early 1960s.

I left Cuba with my family in May 1962, when I was 8-years old, hoping to return soon, which was what most Cuban exiles believed. Though I was excited about visiting the United States and thought I would see the statue of liberty in Miami, I missed everything about Cuba, my house, the beaches, the food, Havana.

In 1993, I left the U.S. Air Force and almost immediately decided to return to Cuba. It must have always been in the back of my mind, but I knew that while I served in the U.S. military there was no possibility of visiting the island. So, in 1995 I made a nostalgic and professional trip to Cuba with the Center for Cuban Studies.

At the time, in the mid-1990s, the island was suffering economically from the loss of its major trading partner, the Soviet Union, to a point that many Cubans even now do not want to talk about the hardships they endured, during this so-called “special period.” Cubans had difficulty acquiring almost everything they needed, including food, all personal hygiene products, and electricity.

I visited again in 2004, after some minor economic reforms, along with help from Venezuela, had helped Cuba recover, even if minimally. At that point, things were a bit better economically, but Cubans did not seem to expect to see a light at the end of the tunnel. Sadness was still pervasive.

During my visit last year, Cuba seemed like a different place all together. While most Cubans still struggled to deal with shortages and low wages, affluence for some was patently noticeable. The number of private restaurants, businesses, and markets had mushroomed.

But perhaps the biggest change was in the attitude of the Cuban people with whom I spoke. Most Cubans sensed, or hoped, that things were changing substantially and that these changes would continue. There was some joy and vibrancy in the air. One man told me, “It’s too late for me. I’m old. But change must come for the sake of my children.”

Very soon, the island will experience dramatic political change, that could lead to more economic reforms. If these reforms continue, more Cubans will begin to see that light at the end of the tunnel.

On March 11, Cuba held parliamentary elections and on April 19 this body will elect a Council of State and the country’s new president. Raúl Castro, now 86 years old, who took over from his brother Fidel in 2008, will not be on the ballot. 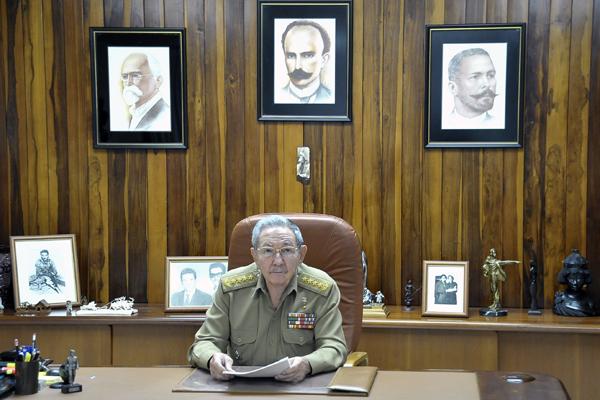 This means that the new president will most likely be Miguel Díaz-Canel, a protégé of Raúl, who was born the year after Cuban rebels in 1959 took control of the country.

In addition to Raúl Castro, three other leaders who fought in the revolution did not stand for reelection to the Council of State and will thus also exit high-level positions.

Consequently, the election in April will represent a symbolic, and perhaps substantial, turning point for Cuba, and hopefully also for U.S.-Cuba relations. Now that a new generation of leaders will rule the country, it is high time that Washington and Havana finally end the economic separation that has hurt both countries.

It takes two to tango so both Washington and Havana will have to engage in bold diplomacy. Despite the opening that President Obama initiated three years ago, the two countries are still mired in a seemingly irreconcilable economic dispute.

The Trump Administration at first took no action to stop the rapprochement between Obama and Castro. However, owing to concerns about “sonic attacks” in late 2016 against U.S. diplomats, all CIA personnel in Havana, the White House has scaled back its diplomatic mission to essential personnel and restricted some travel to Cuba.

But it is the U.S. Congress that restricts most trade and travel with Cuba to punish the island for confiscating U.S. economic ventures soon after the success of the revolution. Cuba on the other hand refuses to compensate the United States for those seizures, arguing that Washington’s aggressive policies, from the 1961 Bay of Pigs Invasion to the ongoing embargo, has hurt Cuba financially much more than what the confiscated properties are worth.

According to the Council on Foreign Relations, Havana puts the total cost of U.S. sanctions at a whopping $126 billion. Clearly, a diplomatic resolution won’t be easy but is certainly possible.

Why make a change and why do it know? Aside from the arrival of new, younger leaders, Cuba is at a crucial decision-point. Does the island continue to broaden the reforms begun by Raul Castro in 2008 or does it retrench and roll back the changes that have brought some growth and hope to the island?

The best way to help Cuba move towards a continuation of reforms is to discuss the end of the U.S. embargo with the island’s new leaders. Making such a move now will help U.S. businesses to enter the Cuban market in pharmaceuticals, agriculture, construction, tourism, and in many more areas. 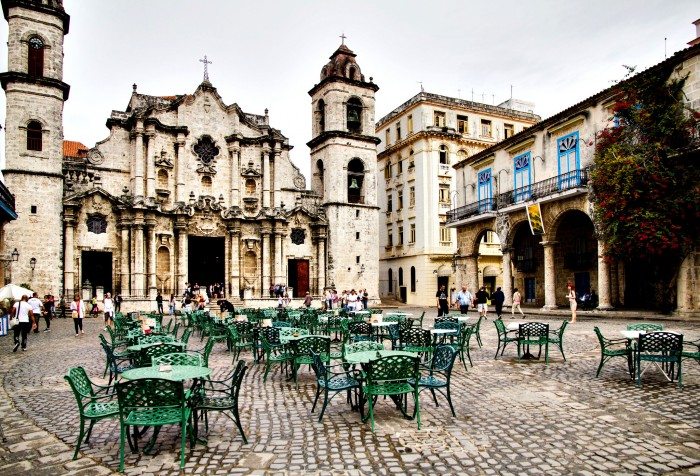 No doubt, many informed observers will argue that because Cuba is not democratic, the United States should keep the embargo in place. However, it makes no sense to maintain extensive economic ties with non-democratic countries, like Saudi Arabia, China, and Venezuela, and at the same time shun Cuba, especially now that new leaders will come to power.

But perhaps the most important reason for ending the U.S. embargo is that for almost 60 years it has hurt mostly the Cuban people and has had no effect on “democratizing” Cuba.

Washington should not take vengeance on Cuba at this critical political juncture. Working with the new leaders in Cuba to make substantial changes is not a sign of weakness but is what is needed to help the Cuban people reach their full potential. After the election on April 19, the White House and the U.S. Congress should finally agree to reach out a hand across the Florida Straits.

Peter M. Sanchez is professor of political science at Loyola University Chicago, and a Public Voices Fellow with The OpEd Project.