We Must Remain Vigilant in this Age of Tokens, Blowhards, Sharks and Charlatans 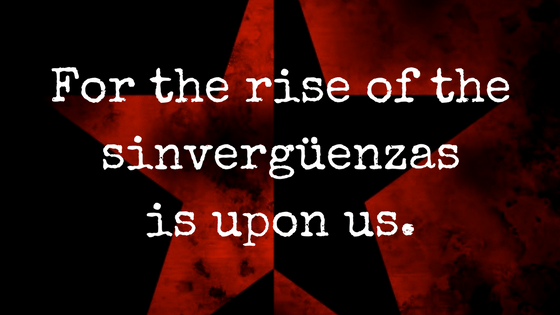 Today, more than ever, we must remain vigilant. For the rise of the sinvergüenzas is upon us. Especially because our people are vulnerable—easy to take advantage of and wide open for attack.

Blowhards occupy the White House and mainstream media, we know this, but they’ve also become a staple in social media no matter how much Facebook and YouTube clamp down on fake news and demonetize questionable characters. Ultimately, this also hurts independent voices of reason that depend on these platforms, but that doesn’t really matter to these behemoths because it doesn’t hurt their bottom line. Besides, they’re not the only ones that are damaging.

Charlatans are a cancer that has metastasized from other fields, other platforms, other corridors and we’re none the wiser to them despite being exposed to research, to data, to information that’s readily available to rebuke them and their poisonous oil. To the contrary, we celebrate them, we reward them, we give them platforms. Some of them don’t even know what they embody—which makes them even more dangerous. And in a well-intentioned but hapless attempt for relevance, for validation, and making alliances, we welcome them into the fold—to the detriment of us all. We have got to stop this. We must find other ways to spread our messages without grappling on to their coattails.

Vulnerable people are more susceptible to quackery, to get-rich-quick schemes, and life coaches with an incredibly unreliable grasp of reality. But more egregiously, you won’t read from AARP about the perils of listening to feel-good platitudes, rugged-individualism, myths of meritocracy, single experiences that don’t necessarily equal a trend, and ridiculous but very wasteful and equally dangerous pseudoscience and holistic medicine in the form of astrology, supplements, naturopathy, and homeopathy. All are extremely powerful multibillion-dollar industries that prey on us. Even CEOs, in their cocoons of praise, can’t keep it in their field and sell us these things. Hell, some of them are oblivious to how they became CEOs. That’s how bad it is for us today. You’ll seldom find one that is grounded enough to tell people the truth.

So how do we become hip to these things?

One, education. But that shouldn’t be confused for a great tool for upward mobility. Attaining an education should go beyond the premise of finding a good job. No, education helps us become critical thinkers and supercharged creatives. Education helps sprout great leaders, activists, and, yes, dreamers who make their dreams and ours a reality.

Two, becoming politically literate. We should have policy-tunnel vision. It’s great to have symbols, but that can work against us because identity politics can only go so far. We must also watch out for charismatic politicos. Charm has led us over many precipices. We must become loyal to us and to us only. Toeing the line, be it Republican or Democrat, hasn’t really worked for us. Good policy trumps it all.

Three, becoming business savvy. It’s harder for us to get access to many programs and opportunities, yes, but it’s best to be prepared, to know what we are getting into even if we don’t have the necessary tools and people that can lead us to them. Chance might strike us no matter how bleak it might seem, but it’s best to be ready when it does. We can’t give in to pessimism and fatalism. Still, we must remain grounded in reality.

Four, becoming media experts. The media is the great propagandist. It’s one reason why I’m constantly advocating for independent voices—voices that aren’t beholden to anything but our well-being. Most TV personalities, for instance, are nothing but on-air entertainers. Take every single little thing they say with a grain of salt. Pay heed only to data. If you’re not getting data, peer-reviewed research from your favorite journalist, then they’re entertaining you instead of educating and informing you.

Five, respecting professionals in their respective fields. Story isn’t king. Data is. There is a great deal of people who have no business yelling from the four corners of the earth their opinion. All opinions aren’t created equal. There is hot air and there’s informed. Learn to discern.

Six, identifying real leaders who are validated first by our community and uplifting them. Be extremely careful of folks coming up from corporate America, from orgs, from political campaigns, from the board of ed, and other establishment fields. If they’re validated by the system, it most likely means they’re problematic—some even dangerous. Passion for our people goes beyond our fields, ironically. You’ll know them by the fruits of their labor. If you don’t see any sort of advocacy from them outside of their paychecks (an advocacy that has a real material effect on our lives), then hard pass on them.

That’s all I have to say about that.

How do you think we can help our communities?