Tamales From Mesoamerica to Michigan: How Food Can Help Us Understand Migration 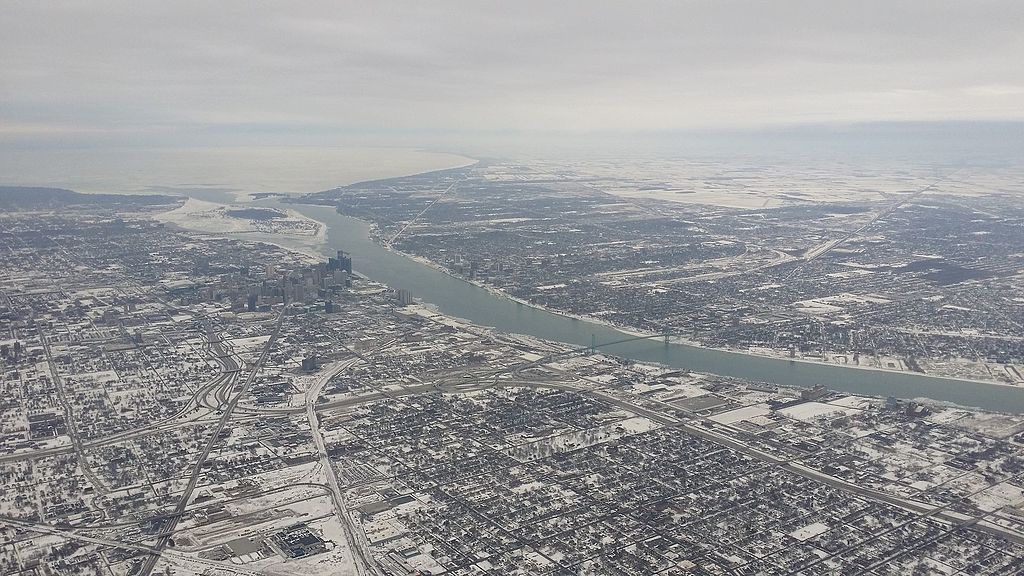 Even in the throes of winter in Nkwejong (1), you will find people standing in line outside of El Oasis, a popular Mexican food truck on one of the city’s main streets. And it was there shivering in line one day that the contrast became most apparent to me between the freezing snow that was blasting me in the head and the warm tamales I would soon be shoveling into my mouth. I was thinking… Mexicans ain’t built for this! Standing in the snow’n shit… and what the fuck are tamales doing all the way up here in Michigan anyway? It was an epiphany, I guess, or at least the beginning of one. That moment led me down a years-long path of asking questions about the relationship between migration, food and culture. In exploring these questions, I’ve learned that food has a lot to teach us about history and can therefore help us to better understand how we’ve gotten to where we are.

Outsiders are often surprised to hear that there are significant Latinx communities in a place like Michigan. While I’ve lived the vast majority of my life here, even to me it has always felt like some kind of anomaly being Mexican in Michigan. But in addition to the bouts of cultural isolation, and even the straight up racial hostility that can hit you (s/o to my neighbor who flies a giant confederate flag from his porch), my lifelong experiences as a “Michicano” have also shown me the great resilience that people perform in working to maintain a sense of cultural identity in this place that is so far away from the landscapes and pueblos that our families belong to in Mexico.

Throughout the 20th century, there was a great influx of Mexican people into the Great Lakes region due to do companies in want of seasonal farmworkers. While many came to the area to work on the railroads and in stockyards, automobile plants and steel factories, the sugar beet industry alone hired more people of Mexican and Puerto Rican birth and descent than any other employer in the region (2). As catalysts for these waves of migration, agricultural companies have enacted an industrialized system of land management that relies upon the exploitation of migrant labor in order to yield profits within several different food industries.

Not coincidentally, many of those who joined the migrant farm-working stream did so as a result of being displaced from their homes. Throughout Mexican history, many lands that had been communally owned and managed since time immemorial became occupied and privatized—first by the Catholic Church and later by private companies. The common denominator here is the way in which colonialism works to disrupt traditional, sustainable relationships with the natural environment. While these colonial-capitalist practices do not define Mexican food, they have had a dramatic impact, and they are important to acknowledge in understanding the significance of Chicanx migration into Michigan.

In addition to highlighting these histories, food also tells a lot about the ongoing continuance of Mexican traditions in Michigan, because so much about the communities we create here are made with and through food. Southwest Detroit is one of the more widely recognized examples, with its many Mexican restaurants and mercados, as well as its strong contingent of Chicanx artists and activists. But there are many keepers of Mexican culture in rural areas of Michigan as well. Towns like Saginaw, Benton Harbor and Battle Creek may not maintain the sheer numbers of Mexican people, nor of Latinx-owned businesses, than larger cities like Detroit and Grand Rapids do, but community is maintained in these areas through cooking, farming, of course, feasting.

Food practices reflect a relationship to place and can help to sustain a sense of cultural belonging amidst the many geographical, economic and social changes that people experience when they migrate. At the same time that Mexicans in Michigan are positioned as migrants, however, our foodways also root us in many traditions that are Indigenous to this continent. For these reasons, food holds great importance beyond nutritional value alone. Food is also a pathway toward a better understanding of environment, of self, and of cultural survival.

Santos Felipe Ramos is a Xicano/Irish teacher, researcher, and community organizer living and working in Three Fires Territory—the Ojibwe, Potawatomi, and the Odawa. Follow him on IG and Twitter @Tos_Ram.