The United States of America: The Land of a Thousand (or More) Dystopias 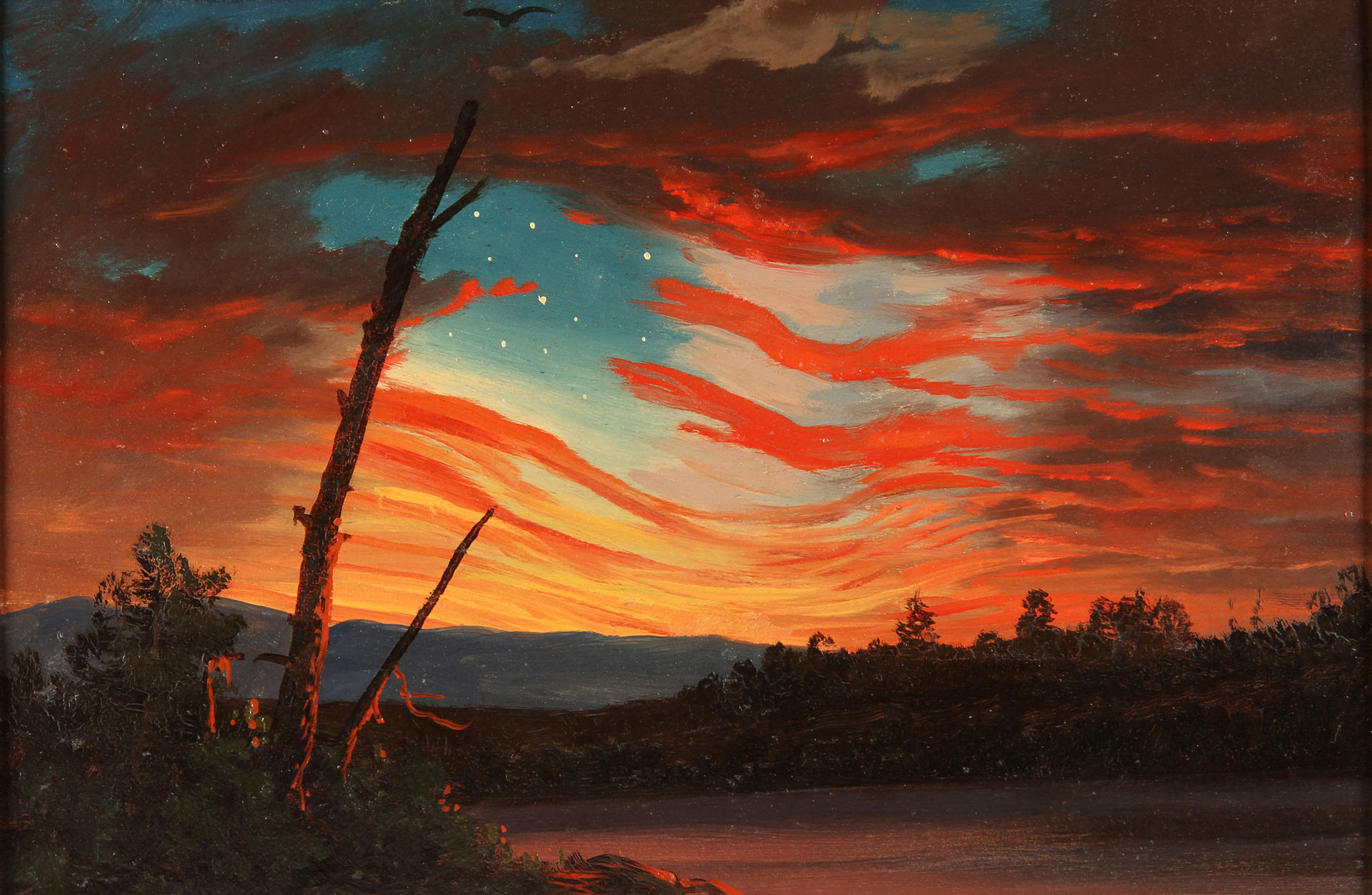 Our Banner in the Sky by Frederic Edwin Church (Public Domain)

Most Americans like to think that dystopic totalitarian regimes only happen in other parts of the world in countries like Russia, Spain, Germany, Italy, Chile, The Dominican Republic, under their respective despots: Stalin, Franco, Hitler, Mussolini, Pinochet, Trujillo.

But marginalized peoples in North America have seen dystopian apocalypses happening all around them.

When most Americans think of totalitarian regimes, they think of round-ups, disappearances, work camps, death squads, and mass genocide, but our nation was built on extermination, round-ups, classification, and scapegoating of certain groups of people. It’s just that many more are catching on, and now we have our very own populist leader and a cult of personality.

I am certain that we would not be here wringing our hands, and crying our eyes out over government-sanctioned stealing of children, imprisoning undocumented people at the border (most of whom are seeking asylum) and creating modern-day concentration camps in the land of the free, if it wasn’t for our history—a history of the manufacturing of whiteness in order to construct blackness and “otherness,” a history that nearly began with removing American Indians from their land and exterminating those who fought back, stealing their children, and placing them in boarding schools where it was believed they were better off than with their own parents.

I grew up on Indian land in a small town named Tuolumne, home to the Me-Wuk Indian Ranchería, or reservation as a they are often called in California. As a child, I witnessed ages-old, falsely-imposed hierarchies that dated back to the Gold Rush play themselves out (like the black and white cowboy movies I had seen on TV) in the community around me, a teacher who dragged a seven-year-old Me-Wuk boy from the classroom for refusing to sit down in his seat, the ugly face of racism directed at native children who were feared, belittled, ignored, and underestimated by classroom teachers and other school employees, who often treated me the same way. It was my first contact with the remnants of an American apocalypse that happened for the Central Sierra Miwok, our town’s original human inhabitants, in 1848 when gold was first discovered there by a man named James Marshall. A Me-Wuk (tribal spelling) man known as Walker, used just such a metaphor to describe the end-of-times for his people: “Whiteman” came and killed the animals and cut down trees, and how after this, the “Eenjun” (Indian) had to beg the Whiteman for food and eventually… “No more Eenjun. Sun go black.” 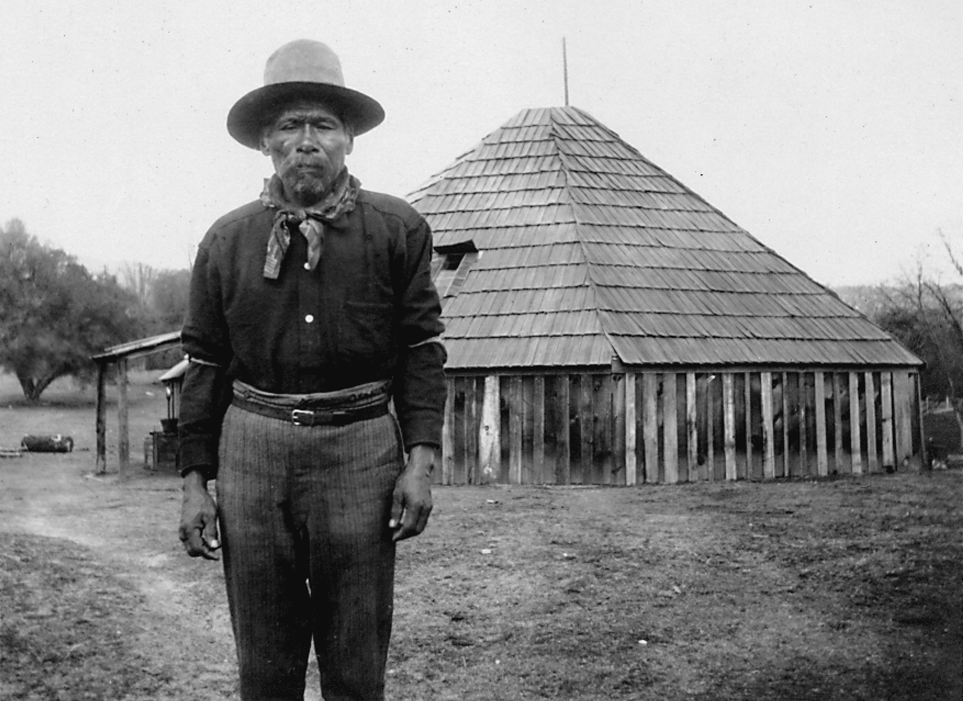 Pete Westfall of the Moyuk tribe in 1947 (Public Domain)

We all know that Black America’s apocalypse started with the slave trade, the Middle Passage, death at sea, the complete and utter dehumanization of being sold as chattel, the separation of families, violent enslavement, and, rape and this apocalypse continued with Jim Crow lynching, segregation, redlining, all of which continues today in the form of racism,  police shootings, and America’s pathetic unwillingness to admit all that it has stolen and appropriated from black folks (music, food, words, labor, hipness, humanity) while shooting them in the back.

The dystopic apocalypse for Mexicans began with Operation Wetback, or deportation of some nearly 1.5 million Mexicanos to Mexico, many of whom were actually American citizens, and the Americanization of Mexicans via taxpayer dollar funded programs designed to Americanize Mexicans, to teach them to adopt American ways, eat American food, set their tables like American women, and speak English, creating so much shame that many thousands of Mexican families changed their names, claimed to be Spanish or Italian, or simply, if possible, pass as white. The shame of being both poor and Mexican robbed my mother of her mother tongue and caused her to fret over my appearance, to make sure that I always looked clean, that my hair was brushed, and that I took off my school clothes the second I got home from school, so that I’d never endure being called a dirty Mexican because my brown skin made me look “dirty” by default. 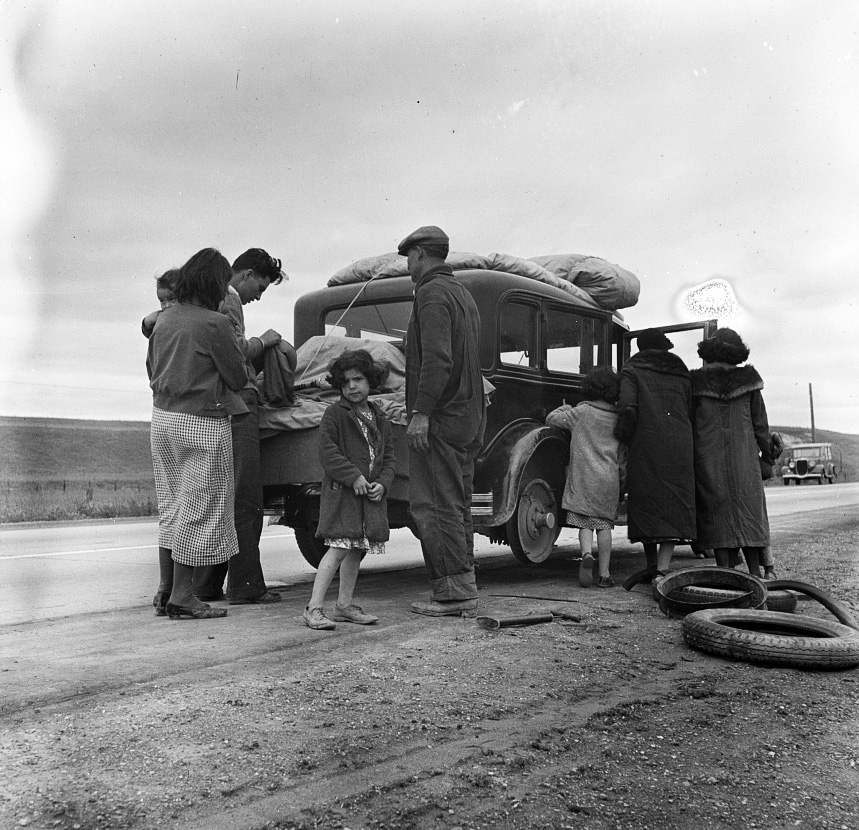 Do I have to remind you of 60,0000 women sterilized in US penal and mental institutions in the early 20th century, or the 3, 406 [court-ordered] American Indian women [sterilized] without their permission, or the the 146 women inmates in California who were sterilized as recently as 2010?

Do I have to remind you of Japanese Interment, which so many have claimed wasn’t so bad, as Japanese and American-born Japanese were relocated to camps with their families (not always), they were fed substandard food, housed (in vacated horse-stalls and crude barracks with communal bathrooms), and endured a collective loss of property and belongings at an estimated loss of $1 to $3 billion.

Yes, many of these apocalypses happened, what might feel like a long time ago (not so for the estimated thousands of excess deaths in Puerto Rico after Hurricane María as result of the Trump administration’s neglect), but the damaging effects linger, and scar, and limit, and often, define who we are today. These apocalypses happened at the hands of white folks who constructed whiteness, blackness, and otherness, and abused their power. These apocalypses, which white folks did not experience, and therefore do not recognize as anything more than unfortunate historical mistakes, have never been recognized for what they are, resulting in a near collective denial of white America’s racism problem and middle-America’s white anxiety, which brings me to today.

I will stand up, but I will not put my hand over my heart.

I will not pledge allegiance to the Despotic States of America, or to the Republic for which it stands because there is no liberty, or justice for all.

Michelle Cruz Gonzales, a Xicana writer, is the author of The Spitboy Rule: Tales of a Xicana in a Female Punk Band. She is at work on a satirical novel about forced intermarriage between whites and Mexicans for the purpose of creating a race of beautiful, hardworking people. She lives with her husband, son, and their three Mexican dogs in Oakland, California. She tweets from @XicanaBrava.