The following media release was shared by SAG-AFTRA on Thursday: 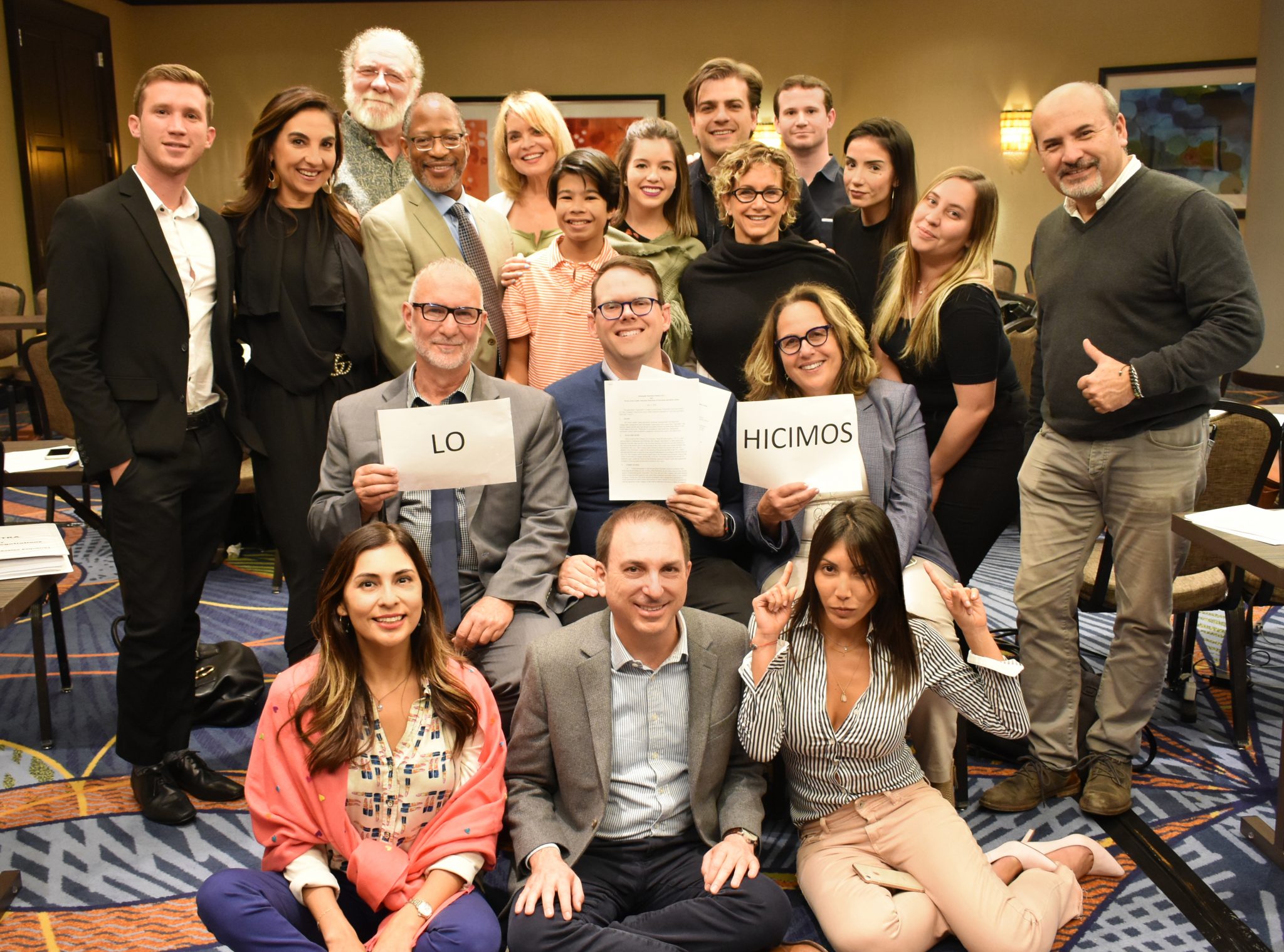 MIAMI (July 12, 2018) — SAG-AFTRA today announced it has reached a first-ever tentative agreement with Telemundo Television Studios covering Spanish-language television performers. The contract marks a breakthrough after 15 months of negotiations that followed a vote by Telemundo performers to unionize on March 8, 2017.

Among the key elements of the new three-year deal are:

Said SAG-AFTRA President Gabrielle Carteris, “This is a historic moment for Spanish-language performers in our industry. I am incredibly proud of our negotiating team and what they have accomplished. I also want to acknowledge Telemundo’s efforts in working with us to reach this agreement: a first contract with residuals, minimums, and pension and health ̶ three pillars that set a strong foundation for generations to come.”

Negotiating Committee Chair and Telemundo performer Pablo Azar said, “We applaud Telemundo for working together with us to achieve this agreement. I am so proud to be part of the team that helped establish our first union contract with its health benefits, residuals, and other protections. This agreement reaffirms that a strong union contract goes hand in hand with successful programming.”

Adds SAG-AFTRA lead negotiator, Chief Operating Officer and General Counsel Duncan Crabtree-Ireland, “After spending fifteen months working together to solve the numerous and complex issues facing Spanish-language performers, it’s extremely gratifying to have reached an agreement that addresses the needs of performers while ensuring Telemundo can maintain its successful business model and make outstanding programming with the best talent.”

SAG-AFTRA National Executive Director David White said, “I want to thank everyone involved for their hard work in achieving this groundbreaking deal. I especially want to recognize Negotiating Committee Chair Pablo Azar, our lead negotiator and Chief Operating Officer Duncan Crabtree-Ireland for leading the negotiating team, and the rest of our talented staff. This precedent-setting tentative agreement is a new beginning for Telemundo performers and speaks to the future of the Spanish-language media industry.”

Details of the new agreement will be presented to the unit performers at an informational meeting in Miami tonight, and subsequently to the SAG-AFTRA National Board for approval at its upcoming meeting on July 21, after which details of the contract will be made available.

On March 8, 2017, the National Labor Relations Board (NLRB) conducted an election of Telemundo performers where they voted by more than 80 percent in favor of membership in SAG-AFTRA. This marked the first time in 65 years that a group of actors at a major television network sought a unionization election, making it a momentous step for performers. Telemundo is the largest employer of Spanish-language talent in the United States.