In Nicaragua, Peaceful and Massive Opposing Marches Took to the Streets on Saturday 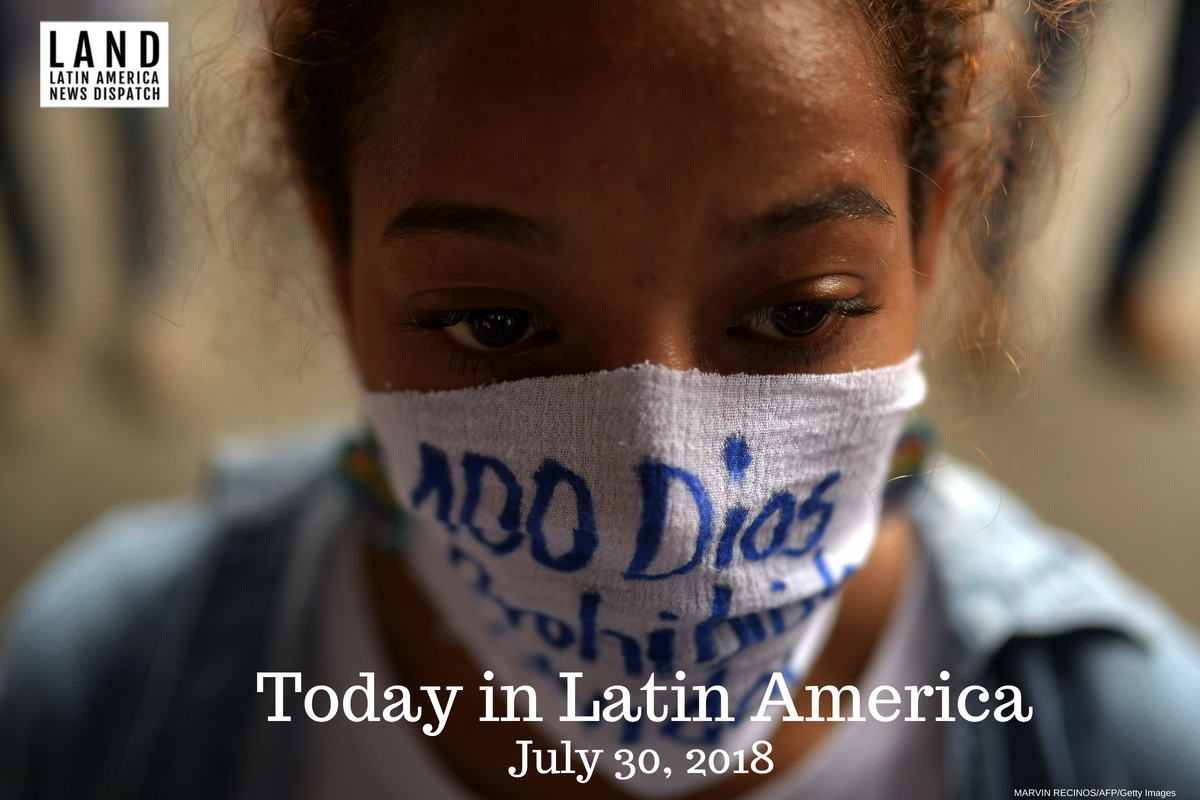 NICARAGUA: Massive simultaneous marches of supporters and opponents of President Daniel Ortega took to the streets of Managua on Saturday peacefully. The opposition march in support of the bishops of the Roman Catholic Church that have been called “coup mongers” by Ortega and have been attacked in several occasions by his supporters, was the biggest of the two. After Ortega violently crushed opposition resistance in Managua and nearby Masaya earlier this month, he had declared his victory against a “coup attempt” and protests against him had calmed down.

Eight public hospital doctors from León, the second largest city in Nicaragua, accused Ortega’s government of firing them from their jobs after violating alleged orders not to treat wounded opposition protesters. There have been complaints for weeks that anti-government protesters were being turned away from public medical facilities, but the government denies this. On Friday, hundreds protested outside the Oscar Danilo Rosales Argüello hospital against the firings, which included the head of surgery and endoscopy department and the only doctor in the municipality specializing in infectious diseases. The dismissal letters signed by the director of the hospital did not specify a cause.

MEXICO: Five people died and two were injured in a shootout on Friday evening in the resort city of Cancún, in the Yucatán peninsula state of Quintana Roo. About 20 assailants stormed into a venue that was reserved for a party where at least seven police officers were present, one police officer and four employees of the venue were killed.

GUATEMALA: A nurse and human rights activist belonging to the Peasant Development Committee was kidnapped and killed on Friday evening, her body was found on Saturday with signs of torture. Juana Raymundo, an Ixil Maya Indigenous woman, is the sixth member of this organization that has been murdered this year. The Office of the United Nations High Commissioner for Human Rights in Guatemala expressed it preoccupation for Raymundo’s murder and urged authorities to give “effective protection to human rights defenders.”

COLOMBIA: Representatives of the ELN rebel army and Juan Manuel Santos’ administration met in La Habana, Cuba, to try to achieve a last-minute ceasefire agreement that would protect the peace negotiations ahead of August 7, when outgoing president Santos is replaced by President-Elect Iván Duque, a hardliner who has threatened to end the talks. The ELN’s chief negotiator, known by his alias Pablo Beltrán, made public a letter to the Colombian Catholic Church on Saturday where he confirms a ceasefire that is “bilateral, temporary and of a national character” is being negotiated.

PERU: President Martín Vizcarra announced on Saturday he will submit twin reforms of the political and legal systems to a referendum to try to placate the corruption scandal that broke three weeks ago with the publication of audio recordings of conversations of the nation’s highest judges. Previous reform attempts by the administration of Vizcarra and his ousted predecessor Pedro Pablo Kuczynski, have been blocked by the congress majority held by the party of Keiko Fujimori. On Sunday, Vizcarra’s Interior Minister, Mauro Medina, announced 11 people involved with the corruption scandal were arrested.

BRAZIL: About 60,000 to 80,000 people gathered in Rio de Janeiro on Saturday for a free concert and demonstration called the Free Lula Festival, where famous musicians including Chico Buarque and Gilberto Gil demanded the release from prison of former president Luiz Inácio Lula da Silva. Lula’s sentence to 12 years in prison for corruption on flimsy and controversial evidence is seen by many as a political maneuver to keep him from power, and even though he is almost certainly barred from running for president he is the absolute leader of the polls with more than double the support than the next candidate. Media in Brazil have reported that the former mayor of São Paulo, Fernando Haddad, would most likely replace Lula as candidate for the Worker’s Party if he is indeed barred from running.

BRAZIL: In an article published on Friday in the newspaper Correio Braziliense, Lula pledged to block or undo privatizations through popular referendums if he is reelected president. On Thursday Michel Temer’s administration had begun the privatization of state-owned Eletrobras, Latin America’s largest power utility, with the Brazilian firm Equatorial Energia wining the first of six electricity distributorships. Equatorial Energia was the only bidder in the auction held at theSão Paulo stock exchange and bought the Eletrobras unit in the northeastern state of Piauí for a symbolic price of $13,513 but with the obligation of making capital investments for $194.5 million.