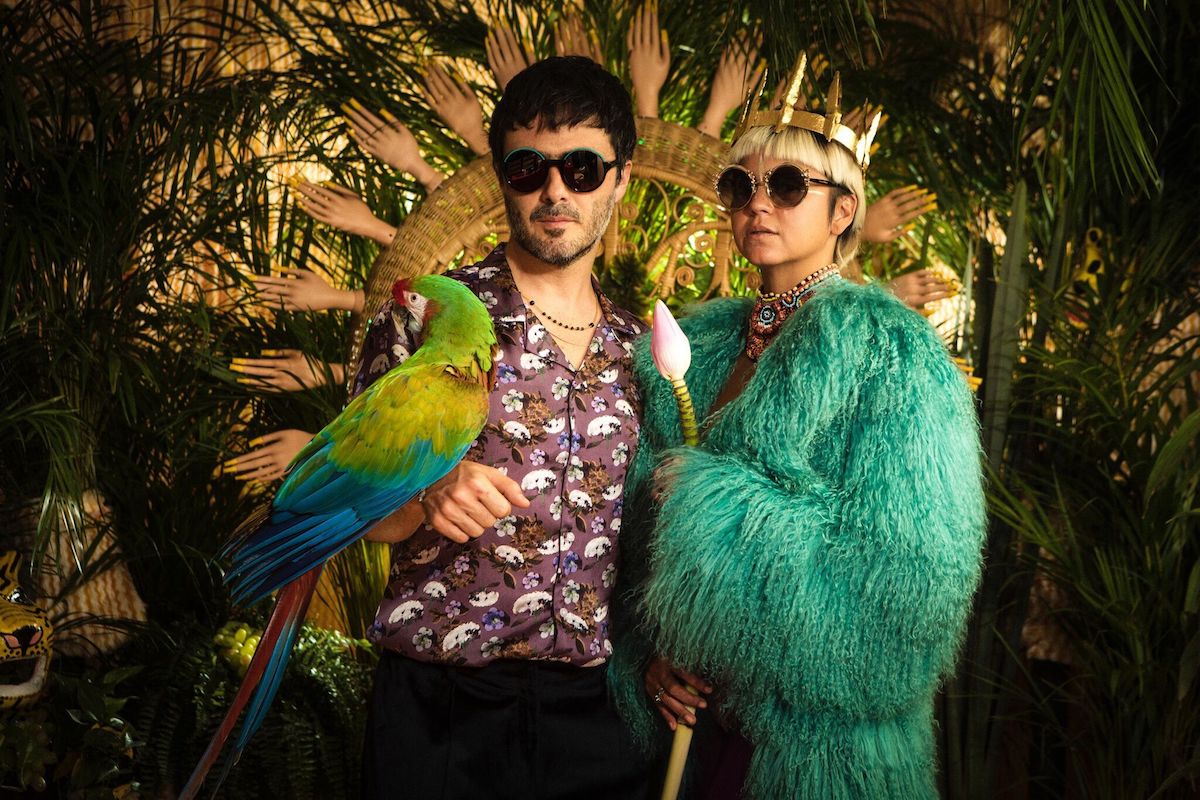 Leave it to Colombia’s Bomba Estéreo to get political on the same day that Iván Duque, the country’s newest president, was inaugurated, and release their new “Amar Así” video.

“We think this is a very important and relevant story to share right now. The new Colombian presidency is only an example of how lost we are politically in the world. The world is passing through a crazy time,” Bomba Estereo’s Simón Mejia said. “Not only in Colombia but all around it seems like extreme conservative policies are taking over and it is pretty scary. As artists, our only weapon is to keep on pushing the opposite way. We are trying to remind everyone that the world should be a place where there should be no prejudice for sexual orientation, race or religion. Maybe then, we will be a better society.”

Check out the video below, which was directed by Ivan Wild.

“This song speaks about love. It reflects on a relationship that is remembered through special memories and a longing for those loving moments. So I tried to elaborate on those two elements and looked for a setting that would allow me to share a story of the emotions between two men and reflections of their intimate moments together,” Wild said. “When I was planning the concept for this video, I was researching the depiction of men, especially soldiers, as well as the stories of intimacy between men displayed in art and across history—all the way back to Ancient Greece and Rome.

“This is a story that does not end in a simple video clip, but a story that introduces many questions about the before and after,” Wild added. “I wanted to break down the idea of a man in a uniform, a man at war—the classic ideas of great adventures and travails across grand oceans. I wanted to show their more intimate moments. The power of nostalgia for a kiss and warm embraces. Memories of a love that puts you in a spell, ‘un amor así.'”

By the way, Bomba Estéreo also announced their largest U.S. headline tour ever as they travel through North and South America this tear. They kicked it off Tuesday night in Nashville and will play in Atlanta on Thursday Here are all the dates.