LOS ANGELES — The woman throwing coffee at a Latino worker in a viral video reported by KTLA has been identified as Rhonda Michelle Polon, owner of Spin Gal Fitness in West Hollywood, CA. Polon was identified quickly by her neighbors via the Nextdoor app after Miguel Sánchez, the man she threw coffee at, shared the recording on Facebook.

On Saturday, Latino Rebels reached out to Sánchez, who told us over Facebook that on August 4, he had arrived at 2332 Fox Hills Drive to work on an owner’s unit around 8am. Sánchez was in charge of the site and had the keys and remote, so when his co-worker Jesse arrived, he went downstairs to let him in. When Sánchez showed up at the gate, he noticed Jesse in a verbal altercation with Polon.

“She wasn’t in allowing him to come inside because she did not believe that we had the authority to be there,” Sánchez said.

Sánchez decided to grab his phone and start recording, to which he says, “she didn’t like that I was recording, so she threw hot coffee on my face.”

He then called police, who arrived approximately two hours later. KTLA reported that the LAPD police officers who responded had noted that Sánchez’s “face was still bright red.” But since officials didn’t witness the incident, police said it was up to Sánchez to request a private person arrest. According to Sánchez, he gave a declaration and Polon gave one as well. The officers then asked if Sánchez would like to press charges and send her to jail or have them issue her a ticket.

Sánchez says he chose the ticket, a decision he told Latino Rebels he is now regretting since he says that Polon and a friend have been making threats to him and his wife. He shared the following screenshots with Latino Rebels, one from Polon to his wife, and another from a woman he doesn’t know named Rose Wilson.

Here is the message Polon sent to Sánchez’s wife: 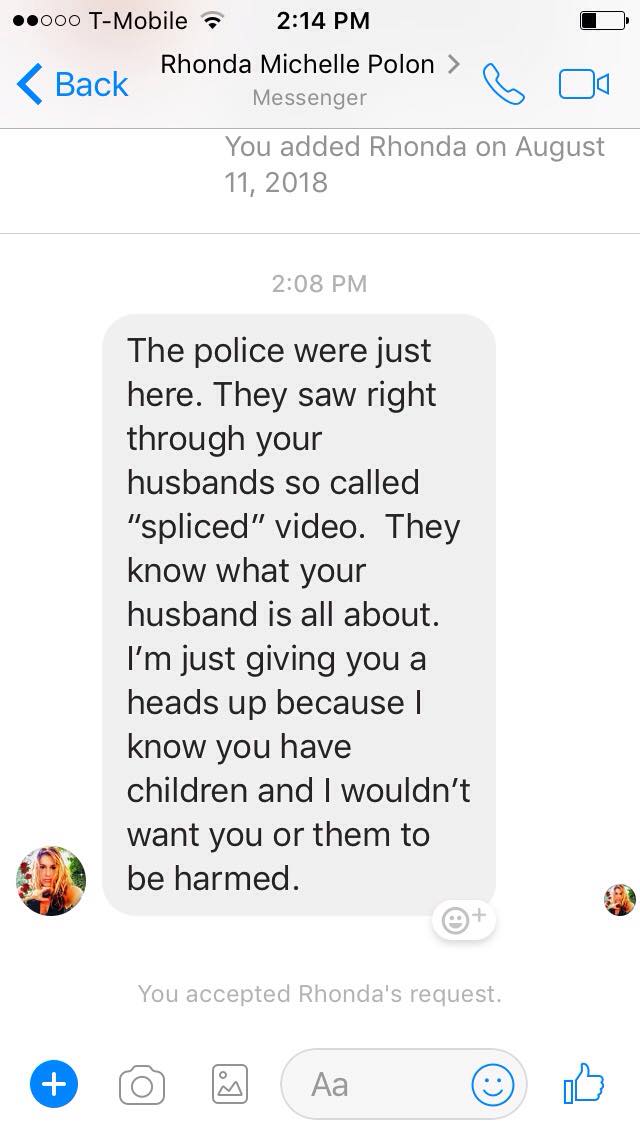 Here are the messages from Wilson: 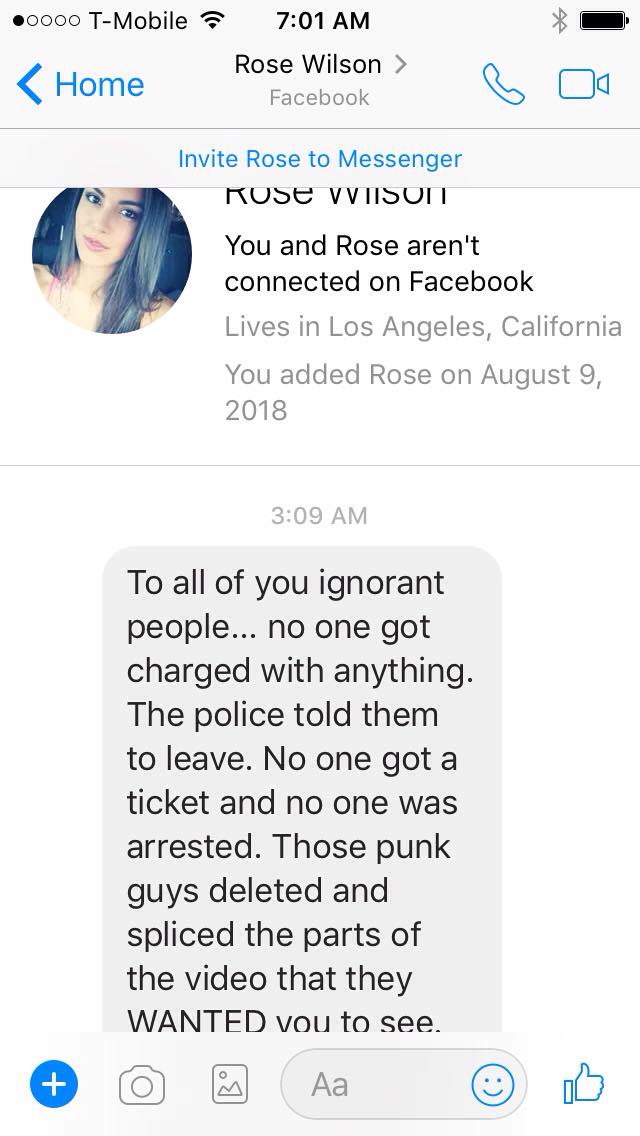 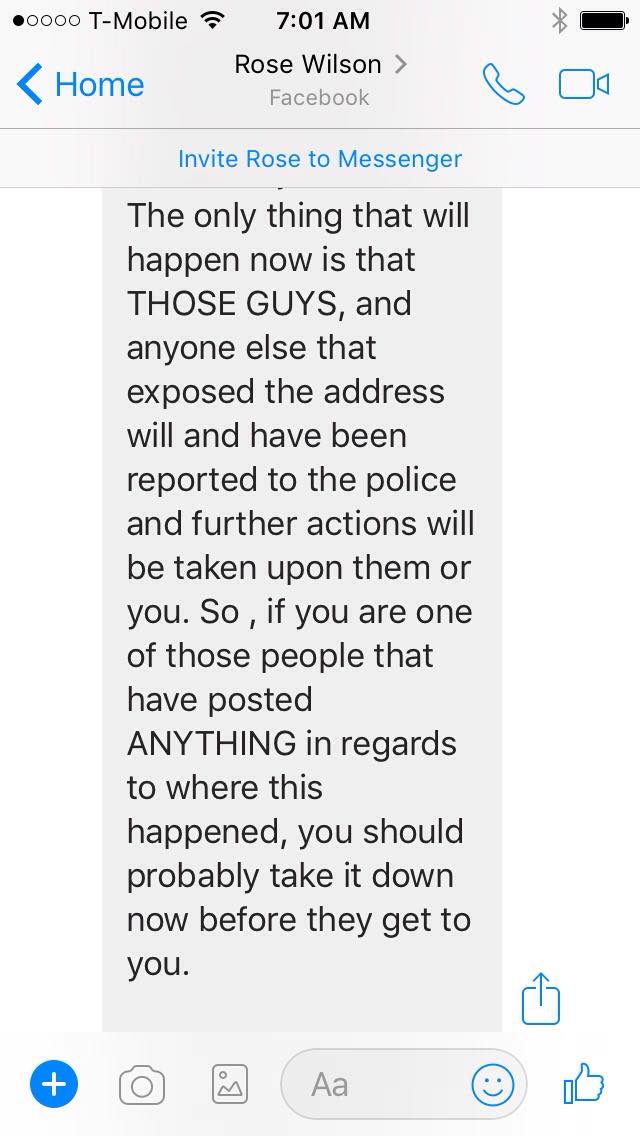 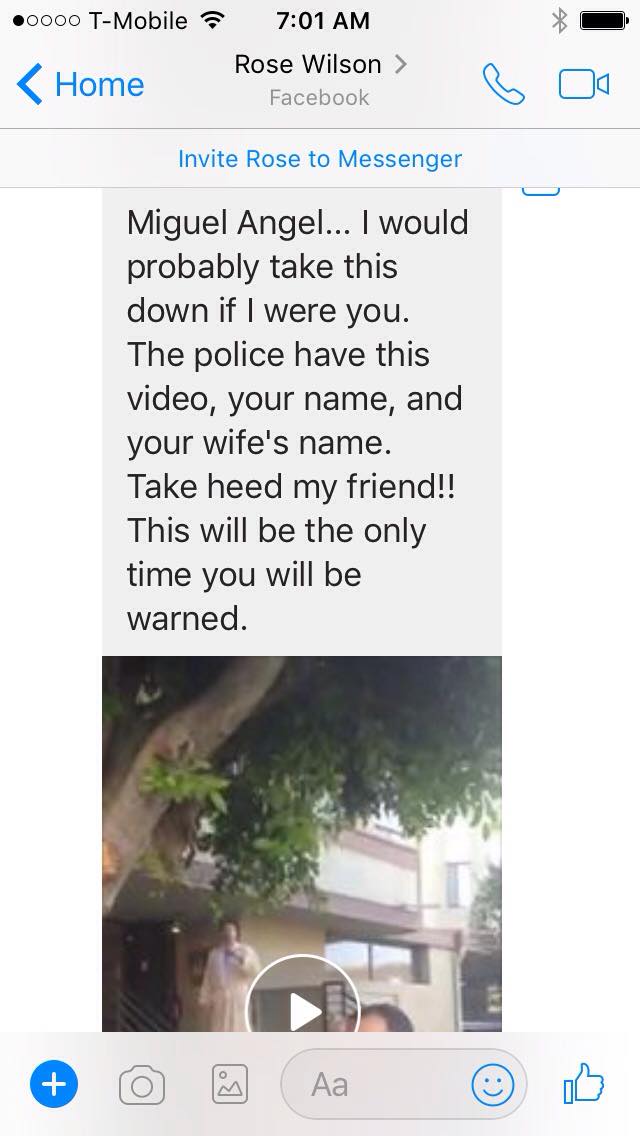 Sánchez’s Facebook video is about one minute long. A longer version of the incident and what happened after Polon left appears on the Viva Bernie 2020 Facebook page. It shows coffee stains on Sánchez, as well as another confrontation that got heated and vulgar. An unidentified man accuses the two workers of stealing his bike, and at several points in the longer video, Sánchez talks in Spanish, saying that he was being discriminated against for being Mexican.

Upon some investigation, Latino Rebels believes Rose Wilson to be a catfish account, as the same photo appears in a number of social media accounts with different names. Polon has since made her Instagram page private, deactivated her business Facebook Page (Spin Gal Fitness) and her personal page no longer appears to be active. Before changing her social media settings, Polon frequently shared photos of her business, including a few with celebrities, although it is not clear if all the celebrities pictured with Polon are clients. Latino Rebels has yet to reach out to these celebrities for comment about their relationship with Polon.

On Saturday, Latino Rebels did contact Polon for comment, and here is what she wrote via email:

“I made no rasist [sic] remarks ever!!
They spliced the video to their liking.
I am not rasist.[sic]
I threw cold coffee on him after 45 minutes of be harassed by them.
I was then scared and did not know what else to do.
I had nothing to do with the argument that insued [sic] afterwards with the other persons involved.
I have nothing else to say.
I am being harassed for protecting the safety of my home and myself.
The police have been contacted in regards to these claims and harassment’s [sic] of and to me and there will be no further remarks from me.”

As for Sánchez, he told Latino Rebels that is he is now reconsidering his decision to not press charges.

“Until today [Saturday] at 2:08pm [the time when Polon sent his wife the Facebook message], I wasn’t thinking about reconsidering my decision, but the she crossed the line with the threats to my family. I won’t let that pass by,” Sánchez said.

A protest called a “Cafe y Pan Dulce Mariachi Party” has been planned for this morning, August 12.

UPDATE: On August 14, Polon went on KTLA and said, “I’m completely sorry for throwing the coffee. They were now coming at me from both sides and it scared the hell out of me.”

Yolanda Machado is a freelance journalist based in Los Angeles. Her bylines have appeared in several outlets, including Marie Claire, Harper’s Bazaar and Remezcla. She tweets from @SassyMamainLA.