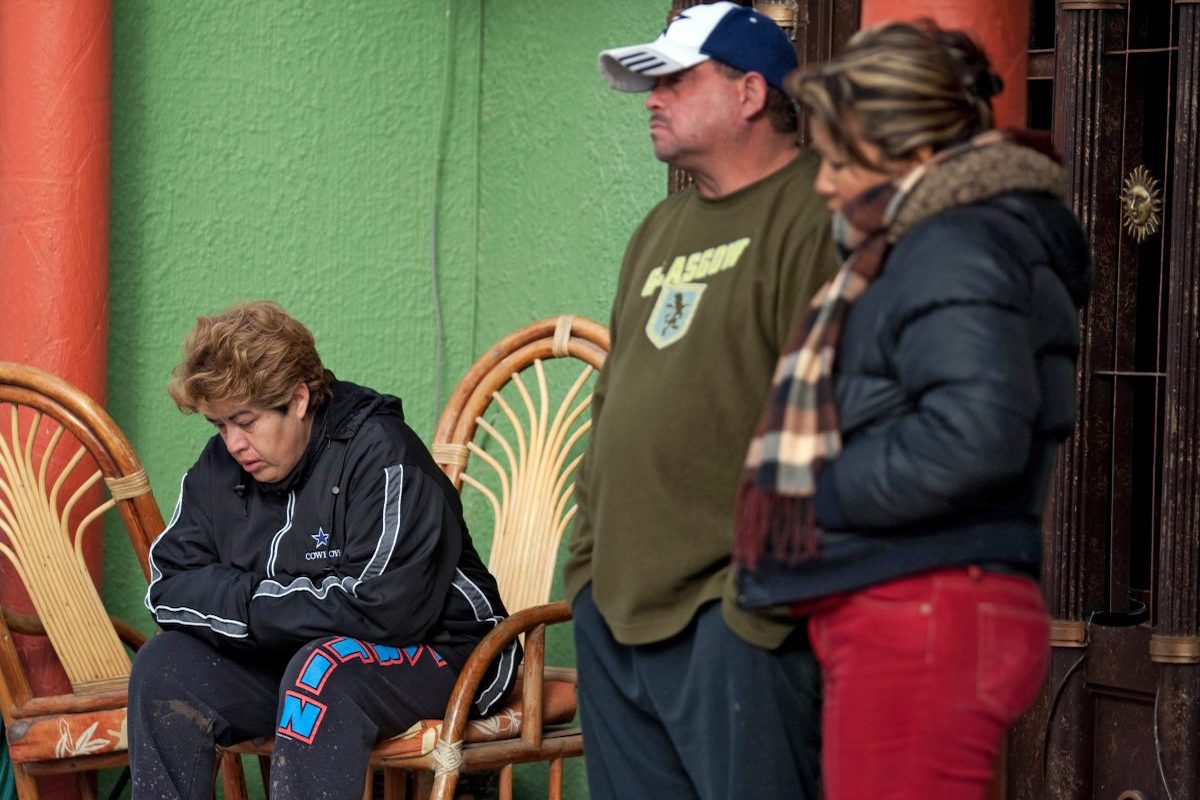 Mexico has suffered one of the world’s highest murder rates for over a decade, a consequence of the government’s aggressive, 12-year-long battle against drug trafficking organizations and other criminal groups, which has led lethal violence to escalate across the country.

Almost 30,000 Mexicans were murdered in 2017. May 2018 was Mexico’s most violent month in 20 years, with an average of 90 killings a day, according to the Mexican secretary of the interior.

Prominent victims of Mexico’s conflict include 136 politicians and political operatives assassinated while campaigning for the July 2018 general election, 43 student teachers who disappeared in the southern Mexican state of Guerrero in 2014 and the eight Mexican journalists killed so far this year.

In places where the violence has been highly concentrated, residents have spent the past decade taking precautions, coping with fear and processing tragedy.

From Murders to Suicides

Violence researchers like myself once considered Chihuahua, which shares a border with Texas, to be a Mexican success story in decreasing lethal violence.

Its biggest city, Ciudad Juárez, which sits just across the U.S.-Mexico border from El Paso, used to be one of the world’s most dangerous places. Its 2010 murder rate of 229 killings per 100,000 people was 14 times higher than the Latin American average and 38 times the global homicide rate. An average of 70 Ciudad Juárez residents were killed every week.

By 2015, thanks in large part to a pioneering public-private anti-violence initiative called Todos Somos Juárez, or We Are All Juárez, the city’s murder rate had dropped to 32 murders per 100,000 residents.

These days, violence is slowly rising again. Depending on the year, Juárez ranks among Mexico’s most dangerous cities.

But even when homicides were dropping in Juárez, suicides were steadily rising.

A recent survey by the Autonomous University of Juárez City and the Centro Familiar de Integración y Crecimiento, a group that helps grieving families, found that 33 city residents over the age of 18 attempt suicide every day. Another 43 Juárez residents daily will think about suicide without attempting the act.

Juárez’s mental health crisis reflects a state-wide trend. According to government data from 2016, Chihuahua state had the highest and fastest-growing suicide rate in Mexico.

That’s more than twice the Mexican national average and just shy of the United States’ alarming rate of 13.8 suicides per 100,000 people.

Young people in Chihuahua struggle the most. Among residents aged 15 to 29, approximately 16 in every 100,000 will commit suicide—double the national average for that age group.

The Trauma of Living with Chronic Violence

Why are so many in Chihuahua driven to take their own lives?

Local researchers believe that chronic exposure to traumatic events causes the kind of severe mental distress that can lead to suicidal behavior.

Last year, the Autonomous University of Juárez City conducted research with 315 students on campus. It found that living in one of the world’s most violent cities had triggered paranoid thoughts.

Few of the students interviewed had been victims of Juárez’s brutal violence. But all had heard about kidnapped women, beheadings and other crimes —some equally gruesome— from friends and family or on the news. As a result, they had an unshakable feeling that their lives were in danger. 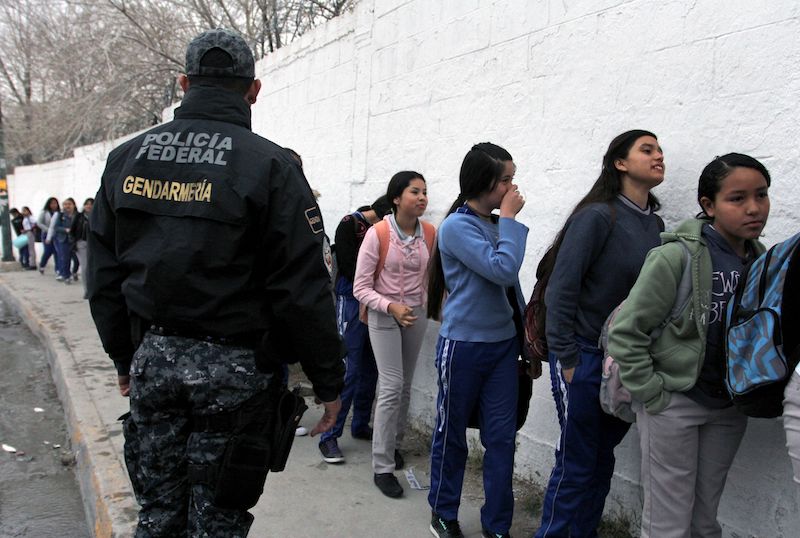 Mexico’s Federal Police check the backpacks of students at a high school in Ciudad Juárez. (Photo by Herika Martinez/AFP/Getty Images)

Surveys by the World Health Organization and the International Consortium of Psychiatric Epidemiology across nine developing countries, including Mexico, estimate the average rate of PTSD at 2.3 percent. Anxiety affects about 6 percent of respondents.

Research on high school students in Ciudad Juárez has likewise found a higher-than-usual incidence of depression, paranoia and PTSD.

War as a Suicide Risk Factor

These results are consistent with mental health surveys in other conflict zones.

A 2011 study of people displaced during Colombia’s civil war found evidence of PTSD in 88 percent of participants. Forty percent suffered from depression.

Researchers interviewed 1,011 students in Afghanistan in 2006, five years into the U.S.-led war against the Taliban. Almost a quarter had flashbacks and anxiety, both signs of PTSD.

Such results have contributed to the World Health Organization’s classification of disaster, war and conflict as suicide risk factors.

Research on the mental health impacts of Mexico’s drug war is in very early stages.

I cannot conclude with certainty that chronic violence in Ciudad Juárez is driving the sharp uptick in suicides in Chihuahua state.

But Chihuahua’s suicide crisis may well indicate a simmering public health emergency in other Mexican states with high murder rates, including Michoacan and Guerrero—not to mention in neighboring countries like El Salvador and Honduras that remain far more violent than Mexico.

With 2018 on track to be another year of record murders in Mexico and president-elect Andrés Manuel López Obrador taking office in December, this is the moment for Mexico to begin grappling with the hidden, longer-term costs of its bloody drug war.