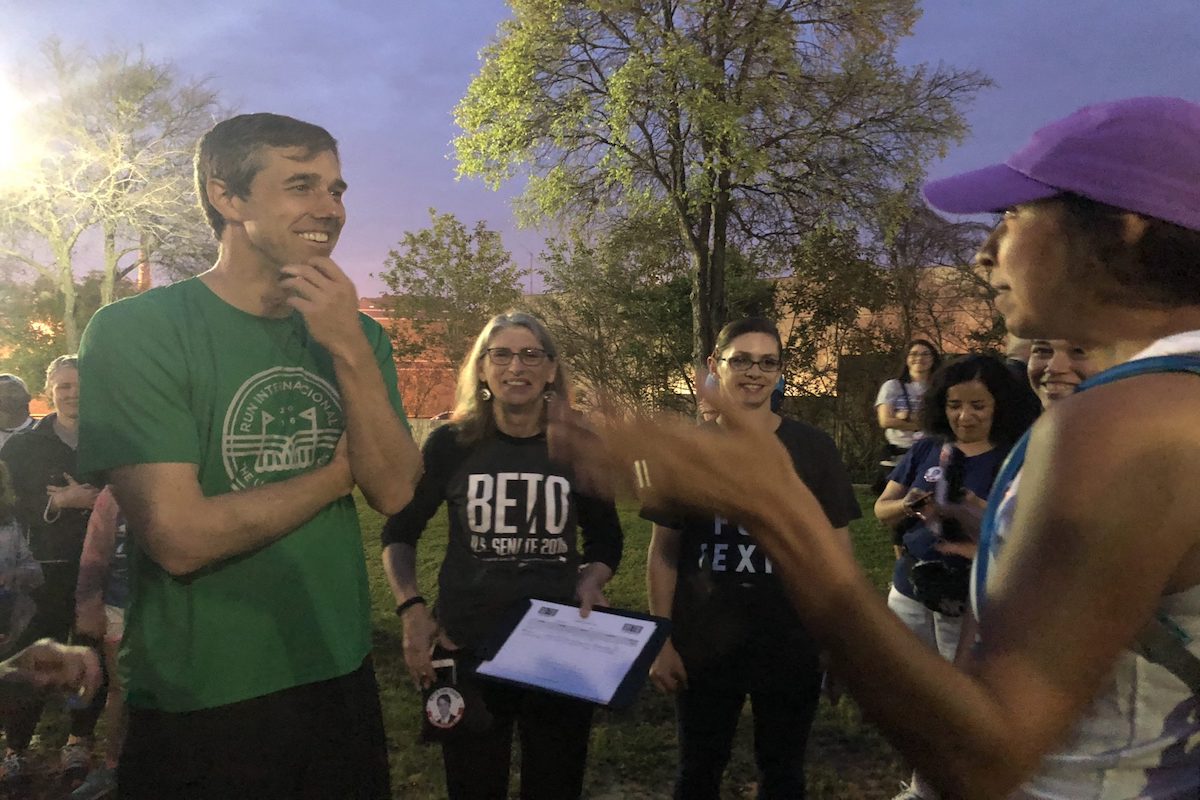 It looks like Republican Senator Ted Cruz is about to be unseated by Democratic challenger Beto O’Rourke this November. With only four points left to gain, LeBron James handing him assists and one of the most energized campaigns of the midterm season , Beto seems practically unstoppable.

What wins elections? Votes. Specifically, votes from core demographics in key geographical locations. This is why the Electoral College literally Trumped the popular vote. This is how Doug Jones rode a black wave to victory over noted white supremacist pedophile Roy Moore in Alabama. And this is what will decide whether or not O’Rourke will oust Cruz to become the next Senator of Texas.

So far,  it’s not looking so good.

At just under 30 million people, Texas is the most populous red state and the second most populous in the US behind California. Close to 20 million of these Texans are eligible to vote. 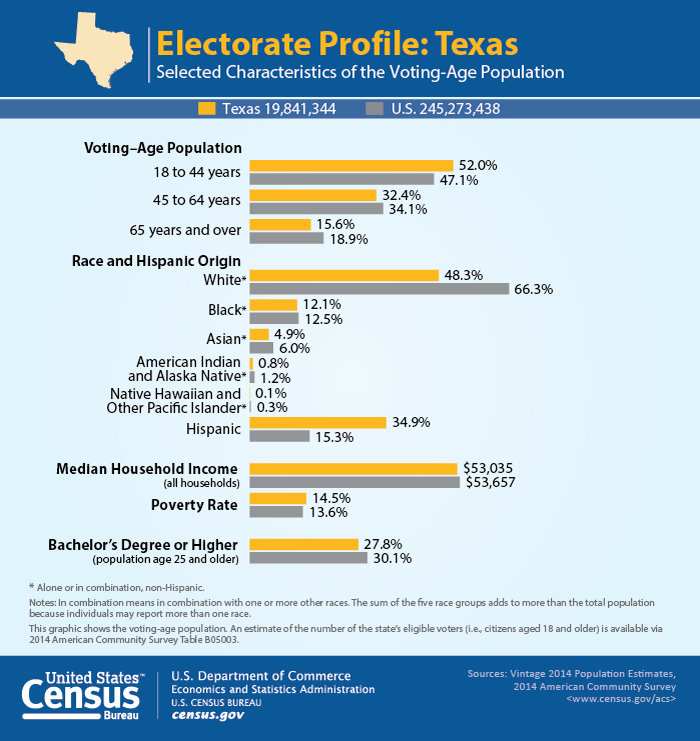 And Texas isn’t blue or red. Texas is brown. Close to 35% of the state identifies as “Hispanic,” and by 2020 Texas is expected to become the nation’s 5th minority-majority state. At 12%, there is also a healthy black population living in the Lone Star State.

White voters in Texas are already outnumbered 48% to 52%.

In a time where the neo-SS (ICE) is separating children from families, Latinos are being caricaturized as “rapists and murderers,” and the social safety net is being unraveled by white nationalists , one would think that it would be a slam dunk for the Democrats to beat a Republican in a Latino-dominated state. And it should be. Yet, here we are.

The arithmetic of popular sentiment doesn’t always align with the calculus of electoral outcomes.

Just as we saw in 2016, elections are won and lost based on strategically secured votes —not by a blanket electoral uprising. And this is one of the most glaring problems with the “Blue Wave” strategy . It’s a big wet blanket.

On April 6, Jeff Sessions announced a “zero-tolerance” policy at the southern border. This policy led to the forced separation of close to 3,000 children from their parents. In June, a federal court ordered that these families be reunited, but more than 500 remain missing. This attack on Latino and migrant families has caused an outcry from advocates, allies and the Latino community at large.

With just over two months until the midterm elections, Senate candidates in the border state of Texas are having their feet held to the fire and going toe to toe in a heated debate over…

Votes in core demographics and key locations win elections. Allowing the “Take a Knee” issue to be the driving narrative misses both shots. While the “Take a Knee” debate is one that is active and playing out on any given Sunday on your local TV station, this issue is part of the national narrative. It isn’t the most important debate happening in Texas. Senate races need to focus on state and sub-state level dialogues, not national level dialogues. Key. Locations.

The second problem with allowing the NFL debate to take over the campaign dialogue is that it completely deflects from the issues that are important to the Democratic base in Texas : brown voters. “Take a Knee” began as a stand against police brutality and is largely seen as a movement driven by the black community. The black community is not the brown community. Core. Demographics.

So currently, the Democrats still can’t even hit the backboard when it comes to shooting for target audiences in specific states and localities. And the Republicans are happy to capitalize.

In a relatively elementary (but incredibly effective) strategic play, Ted Cruz launched a public attack on Beto O’Rourke’s support for the “Take a Knee” movement. In doing so, he was able to move the dialogue away from Latino voters and the issues that affect them most directly. And the Democrats let him do it.

Instead of talking about ICE raids and immigration reform to southern border residents and immigrant voters, O’Rourke is talking about taking a knee with the mainstream media and LeBron. Instead of discussing day to day economic survival under the new GOP austerity budget with poor urban and rural Latinos, he’s discussing how American it is to protest. And instead of connecting with the well-organized and active networks of parents and advocates fighting for bilingual education for children that come from a community where over 72% of households speak Spanish within their walls ,  he is connecting with white and black voters outside of the state he is running in.

If Beto wants to beat out Ted on November, he has to relentlessly redirect the dialogue back to immigration and issues important to the Latino community. He needs to connect with grassroots networks in Spanish-speaking communities in border counties like Cameron, Hidalgo, Zapata and Starr. He needs to register Spanish-speaking Latino voters.

And he needs to get them to the polls.

Texas has one of the lowest voter turnout rates in the nation. With a 55% voter participation rate, it ranks 47th to be exact. And the Latino participation rate falls a full 10 percentage points behind their black and white counterparts. Latino registration rates fall close to 15% behind.

Of the 4.8 million Texan Latinos eligible to vote in 2016, only 3.5 million were registered and only 1.7 million cast a ballot in the election. The Democrats literally left millions of votes on the table.  Beto O’Rourke is in danger of doing the exact same thing.

Rather than talking to black and white voters about the NFL in English, Beto needs to be talking about immigration to Latino voters in Spanish —preferably in border counties and localities with the highest numbers of immigrants.

According to the Center for American Progress, “…in Texas, there are nearly 2.7 million people who have at least one unauthorized family member living with them. Among them, approximately 1.4 million are U.S.-born or naturalized, more than 1 million of whom are children. These estimates are conservative since they do not include family members who do not live in the same household.”

There are millions of people and voters directly involved in the fight against ICE raids, family separations and deportations. And the Democrats aren’t even speaking their language. They aren’t tapping into the organizations and networks supporting these communities. And they won’t even make voting and registration materials easily accessible and in Spanish.

Latino voters —especially immigrant voters and their families in Texas — deserve to have their voices heard on November 6. If these voters aren’t reached and registered by October 9, the Democratic party might as well wave that Senate seat good-bye.

If they do manage to take responsibility for themselves and do the work necessary to mobilize the Latino voting bloc in Texas to register, they will still need to get them to the polls. That is another process that doesn’t just happen on its own. The Democrats will need to refocus and double down on their efforts to make that happen.

Not only do Spanish-speaking and immigrant voters have linguistic barriers to navigate, but they are also subject to some of the worst forms of voter suppression in the nation. Texas has implemented voter ID laws, allowed voter intimidation, misinformation campaigns and polling place closures. Democrats will need to counter these efforts and create new pathways for these voters to cast a ballot.

There is still time for Beto O’Rourke and the Democratic party to realign themselves with the constituency that will decide who takes the Senate seat in Texas. And if we don’t take a Senate seat , taking a knee doesn’t matter.