#NoLatinosNoTickets: NHMC and NLMC Protest Outside Paramount Pictures for Their Lack of Latino Talent on Screen and Behind the Scenes 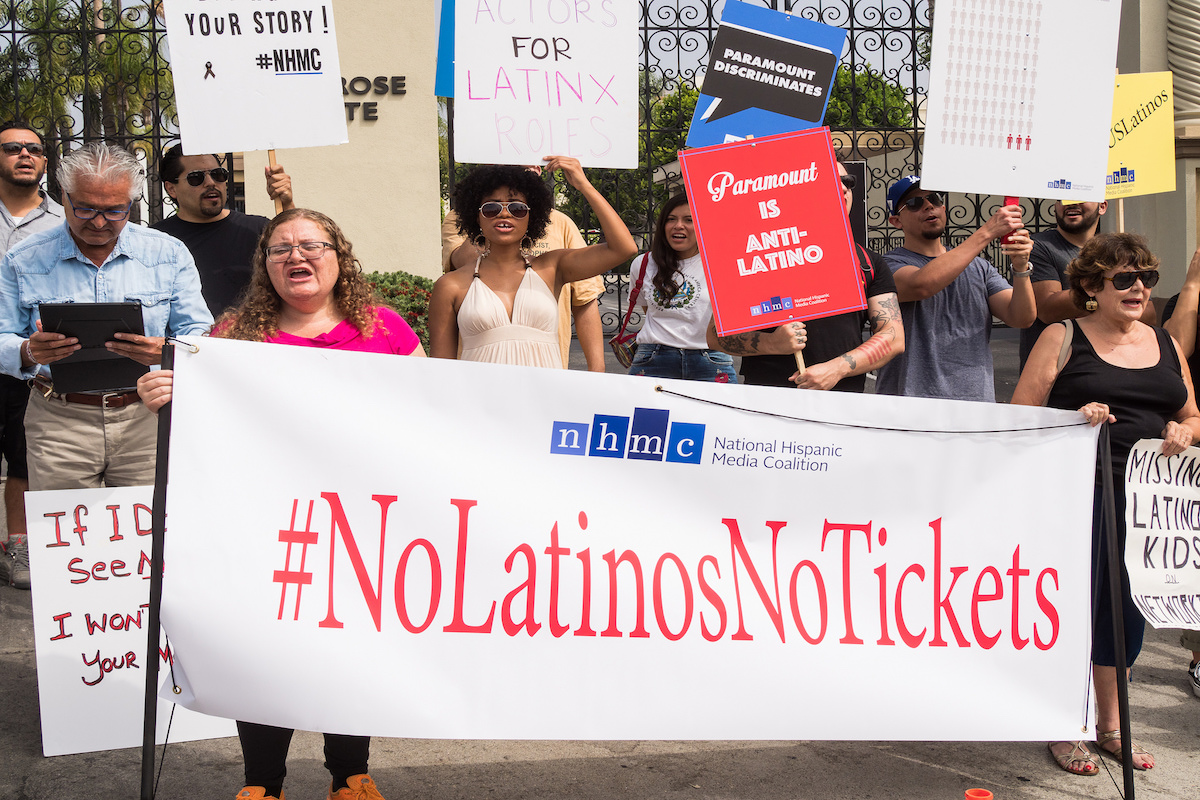 The groups have asked the general public to boycott upcoming Paramount Picture films, and to sign their petition. NHMC plans to deliver the petition at the next demonstration against Paramount Pictures, on September 12.

The campaign is part of NHMC’s ongoing efforts to increase positive media portrayals of Latinos and increase Latino employment in media. The demonstration follows a similar March 3 protest in Hollywood near the location of the Academy Awards, in which the goal was to bring awareness to an industry that has historically excluded Latino talent in front of the camera and behind the scenes. 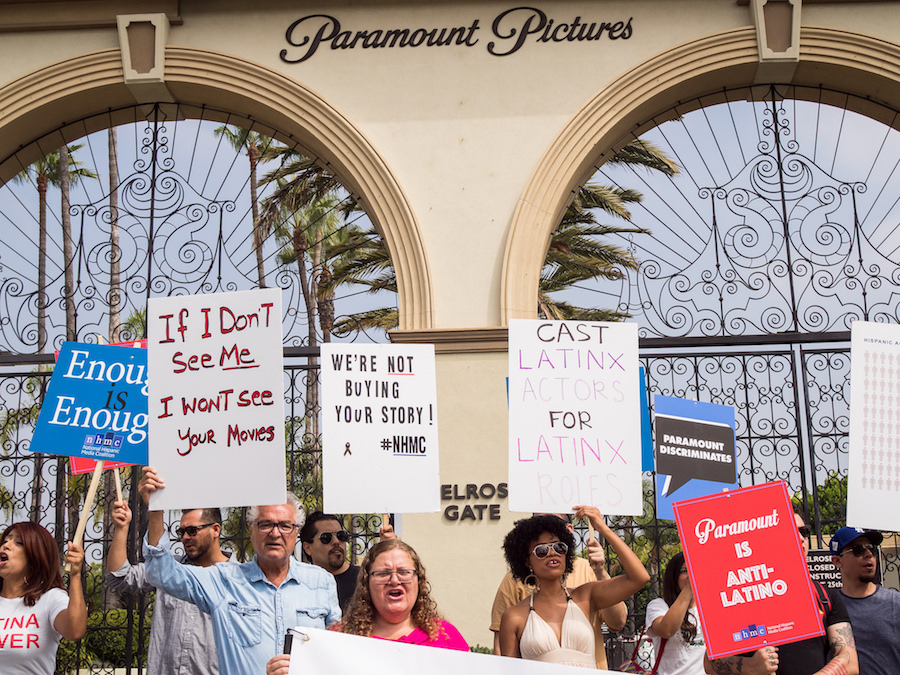 At the demonstration, the exclusion of Latinos at Paramount Pictures was commented on by several speakers, among them Alex Nogales, President and CEO of the National Hispanic Media Coalition:

“Not a day goes by without an attack on our Latino community by the President and his minions. They don’t know us and see little, if anything, of us in film and television, film in particular. We’re absent, invisible, and because Trump talks about Latinos and immigrants in the worst of terms, branding us criminals, rapists, polluters of American culture—his supporters believe him and act on his words. Until Latinos are given the opportunity to tell our own stories, to write, direct, and act in all film, television, and streaming media produced by Hollywood, we will continue to be stereotyped, talked about, and treated in the worst of ways as we are being treated presently.”

Marissa Herrera, NHMC Action Network Member and Independent Producer, said, “It’s 2018. Diversity and representation are no longer just buzzwords or special programs. Latinos are an integral part of our society, our economy and spend the most on movie ticket sales per capita, yet, we STILL are underrepresented, and almost invisible, when it comes to the entertainment industry, especially in decision-making executive roles. Latinos, especially our children, need to see themselves in roles that aren’t just stereotypes but authentically share our stories. We deserve a seat at the table, and the time is now.”

“There is no question that longstanding exclusion of Latinos from movies has contributed to the current precarious situation for Latino civil rights. Paramount Pictures’ refusal to partner in addressing their deplorable performance on Latino inclusion is utterly inexplicable,” said Thomas A. Saenz, Chair of the National Latino Media Council and President and General Counsel of the Mexican American Legal Defense and Educational Fund (MALDEF).