The Future of the Chonga Girls: YouTube Can’t Be Only Place For Latinx Creators 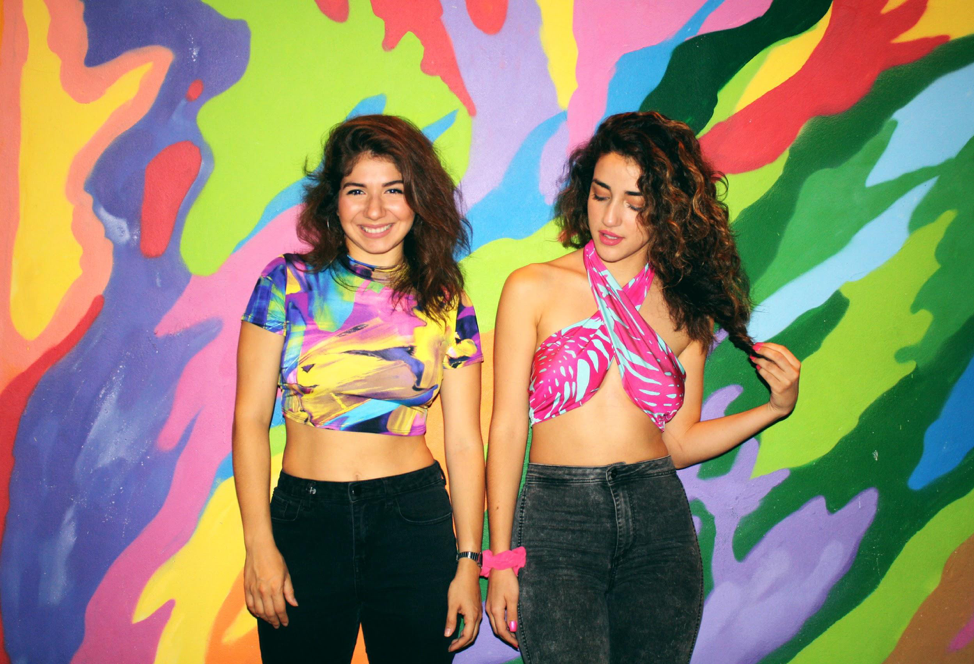 Laura Di Lorenzo and Mimi Davila, Miami natives and co-creators of the popular YouTube channel the Chonga Girls, are now wondering where the home for their next project might be, following major staff cuts by mitú in late July.

While filming for the Chonga Girls, an independent web series, Di Lorenzo also worked as a full-time video producer at mitú until the Latinx media company laid off 50 percent of its staff. Now, she and creative partner Davila are tasked with unraveling what the future of media and entertainment looks like for the Chonga Girls and other Latinx content creators that inhabit similar spaces.

”Now that I’m now working at mitú anymore, I have more time and space to be able to put most of my focus on the Chonga Girls,” Di Lorenzo told Latino Rebels. “Unfortunately, digital media content isn’t doing that well right now, and that’s why I was laid off from my job.”

Where larger media companies are profiting more of branded partnerships for videos and content, Davila feels that independent creators who are focused on their own branding come out winning creatively, with full control of the direction and tone of their intellectual property. But that doesn’t necessarily mean making money.

“The individual creators are thriving, but YouTube doesn’t pay that much,” she admitted.

The freedom to control their acting careers and the knowledge that YouTube isn’t the most lucrative market anymore is why the Chonga Girls are taking their show on the road.

“We’re doing a live tour and trying to get it across the country. We want to give it life, because there’s definitely an audience for it,” Di Lorenzo said.

It’s also why they’ve been writing a movie and a tv show pilot.

“We wanna make it mainstream, we wanna go to Netflix or Hulu. We wanna have our show be like Broad City, where everyone can watch it because so many people relate to it, not just Latinos,” she added. “And our goal was never to stay on YouTube. It was more of an experimental grounds to see what works and to explore, and also to build our community, because honestly, we wouldn’t be anywhere without our community.”

While video uploads aren’t as frequent as they used to be for the Chongas, their in-person performances are selling out at prestigious comedy stages like UCB in Los Angeles, something the duo hopes to see for other Latinx in media.

“I feel like we’re in a Renaissance with all these new voices coming out,” Davila said, “especially with the Internet being a jumping board. So what I hope to see is more, more content not just online, but original creators working to get to that next level.”

“Some things are meant to be online and some things are meant to be short and applicable where they are,” Davila noted. “But I think it’s good to get all these voices and to push themselves to develop longer content to take it to production companies. Then hopefully, what’s happening with us is what’s happening with everyone. It’s just gonna make people get creative and helpful.”

Two self-proclaimed nerds, Di Lorenzo and Davila saw themselves as different from their Miami peers. 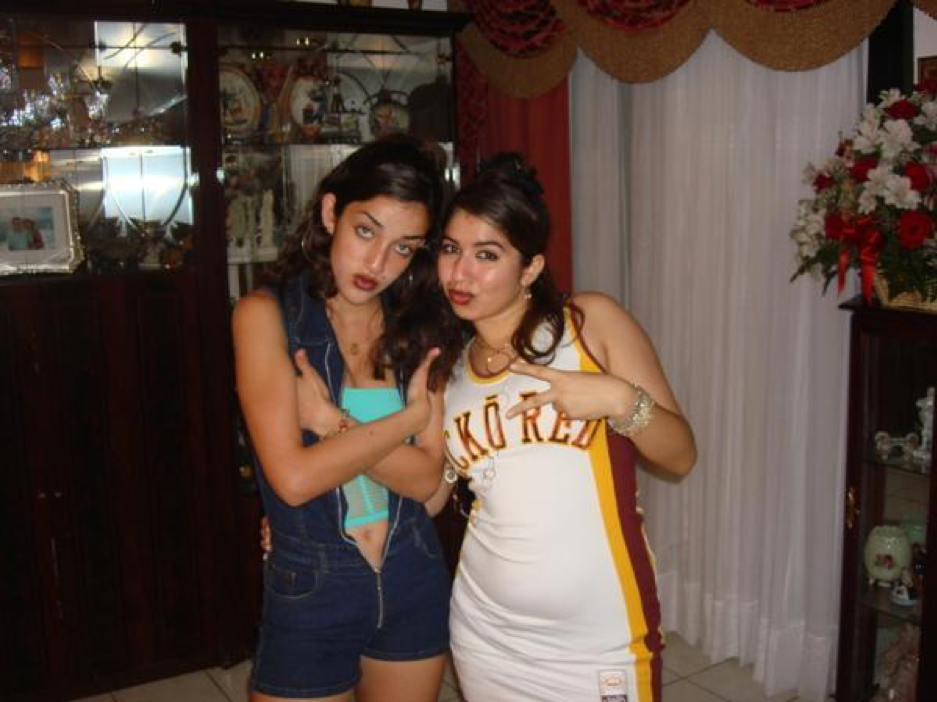 Back in the day (Photo courtesy of the Chonga Girls)

“Chongas were always the popular girls in school, especially in middle school,” Davila said. “They were the coolest girls, and Laura and I actually didn’t go to the same middle school, but we both had the same experience where we were not cool.”

In high school, both Di Lorenzo and Davila ended up attending the same trade school for theater. “When tenth grade came, our teacher put us in a project together,” Davila recalled. “I went over to Laura’s house and we just clicked. We started playing dress-up, and we started playing with Barbies at like, sixteen.”

The dress-up and improv they did to pass the time formed their friendship, and ultimately paid off in the form of one of YouTube’s first viral videos. Inspired by Fergie’s hit song “Fergalicious” and “Chongalicious,” a term used by friends in school, their 2007 video entitled Chongalicious quickly gained over seven million views, later even becoming one of the most requested songs in Miami that year.

After becoming local teen stars, the Chonga Girls took a brief hiatus while they went to separate colleges.

“The Chonga Girls pretty much just disappeared,” Davila said, “but people were still talking us up and asking, ‘What happened to the Chonga Girls?’”

Seeing that they were still in high demand, in the 2010s, Di Lorenzo and Davila began to think about returning to YouTube and making a web series. Around the same time that media companies geared towards Latino audiences like Pero Like and mitú were emerging, a YouTube share of their original 2007 Chongalicious spoof went viral —this time on Facebook— signaling just the right wave to ride and revive their alter egos.

Since then, the Chonga Girls have moved to Los Angeles, gained over 130,000 followers on YouTube, released close to 100 videos and have clips featuring fellow Latina YouTuber Jenny Lorenzo, television personality Don Francisco, and even the king of the 305 himself, Pitbull.

Considered Miami digital royalty, Di Lorenzo and Davila have bigger dreams for the Chonga Girls that won’t fit onto smartphone and laptop screens for much longer. And they want to not only wish success to others working in their industry, but also solidarity.

“We know each other and I think that there could be more of an effort on all of our parts to come together,” Davila said. “Especially now. We need to really come together and acknowledge that this is our community, because people grow in circles. They don’t grow by themselves. They grow in circles, and I think the more of a community bind we can build, the most creators, the more success for everybody.”

Wandy Felicita Ortiz is a native Newyorican, writer, publicist and activist focused on women’s issues and Latinx pop culture. She is currently an associate at Rogue Sunday, a digital strategies firm that also focuses on diversity, activism, wellness and public policy. Follow her at @WandyFelicita.