Today’s youth are tomorrow’s future, or so politicians like to boast. As the Global Climate Action Summit comes to California, you’ll likely hear many of our local leaders —including Governor Jerry Brown— celebrate our state’s “progress” on climate action. But they seem to gloss over talking about who exactly makes it to a better future. They cannot possibly be talking about working families who live in communities like mine, particularly if they continue to favor false solutions that exacerbate pollution and do more for corporate exploitation than contribute towards a truly sustainable future.

I have lived in Riverside County my whole life, where every day I hear the traffic during peak hours and I see the smoggy horizon with an endless trails of trucks and cars passing by. My high school sits several hundred feet away from the Union Pacific Railyard and about a mile from a major warehouse corridor. Being surrounded by warehouses and diesel trucks is something that becomes normalized for youth growing up in the Inland Empire—most of us don’t even realize the harmful impact on our health.

I grew up believing that asthma was normal because I had so many classmates who had it. 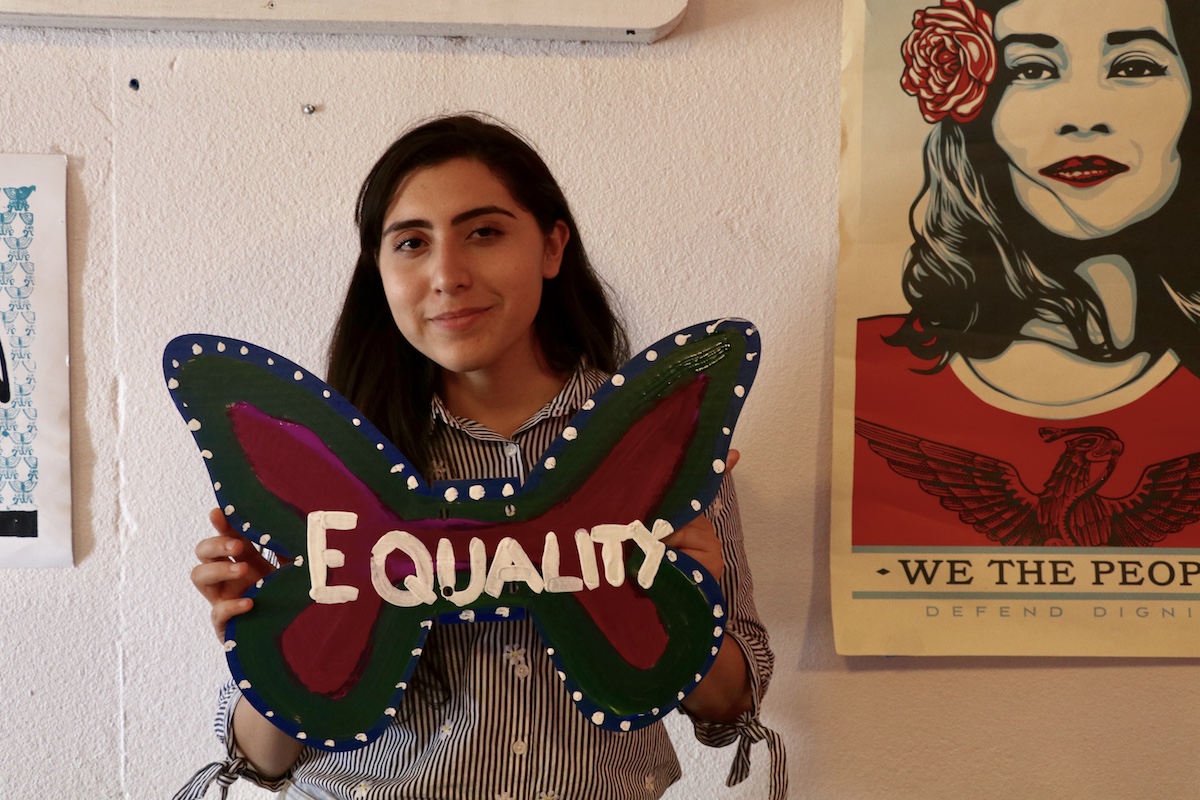 The Inland Empire has some of the worst ozone pollution in the country, according to the American Lung Association, and it has worsened over the last two years. A study done by the University of Southern California in 2008, which included children living in Mira Loma where I grew up, found that exposure to diesel truck emissions stunt lung capacity and development. We live in a toxic cycle where we depend on a supply and logistics industry that does little to curb its emissions and exploits folks in low-income communities for low pay.

When I was younger, my mother worked two jobs to financially support us. Many times her work was in warehouses, where some days she would work up to 16 hours. There was a period of time in my childhood where I would see my mother only for a couple of hours a day because she was constantly working to sustain our family. Ever since the Amazon warehouse began operating in our community, I have seen a number of old classmates and peers begin working there. 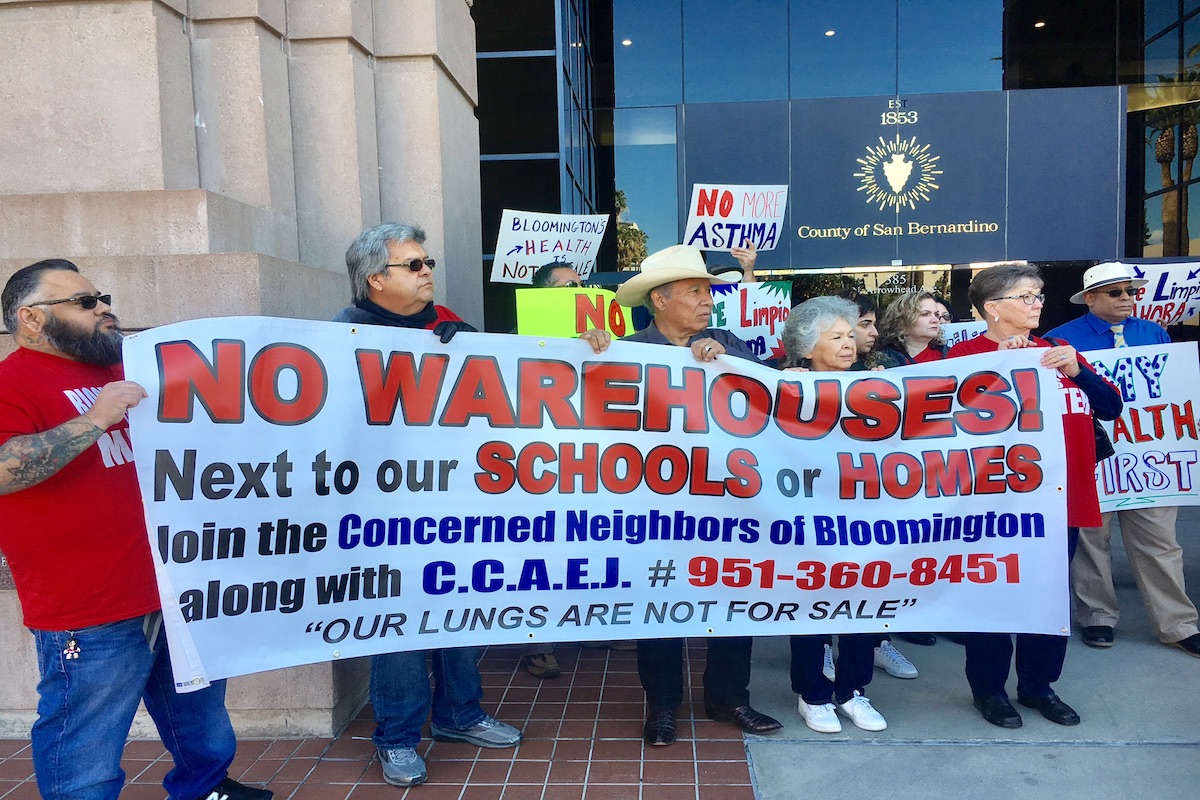 Inland Empire leaders believe our economy will only thrive with expanding the logistics industry. While some employment in this sector provides sustainable jobs, the majority of positions have high health risks and low pay. A survey conducted by UC Riverside found warehouse jobs provide poor income and benefits to Inland Valley residents. The average annual wage of a warehouse worker is $16,000, which is barely enough to sustain a single person. These working conditions, along with the toxic emissions from diesel trucks and train locomotives, poison the future of the young people that live in communities like Jurupa Valley and San Bernardino.

Elected officials need to wake up and listen to their constituents who urge them to be more conscious of the effects these projects bring upon communities. Beginning today September 8, the grassroots organization I am involved in —the Center for Community Action and Environmental Justice (CCAEJ)— will be joining thousands of allies in San Francisco for the Rise for Climate, Jobs, and Justice actions to demand strong climate leadership from our elected representatives. We need community-led solutions that take into account smart land use and a rapid transition to zero emissions technology, with an aggressive effort to regulate and phase out dirty diesel trucks on our roads. 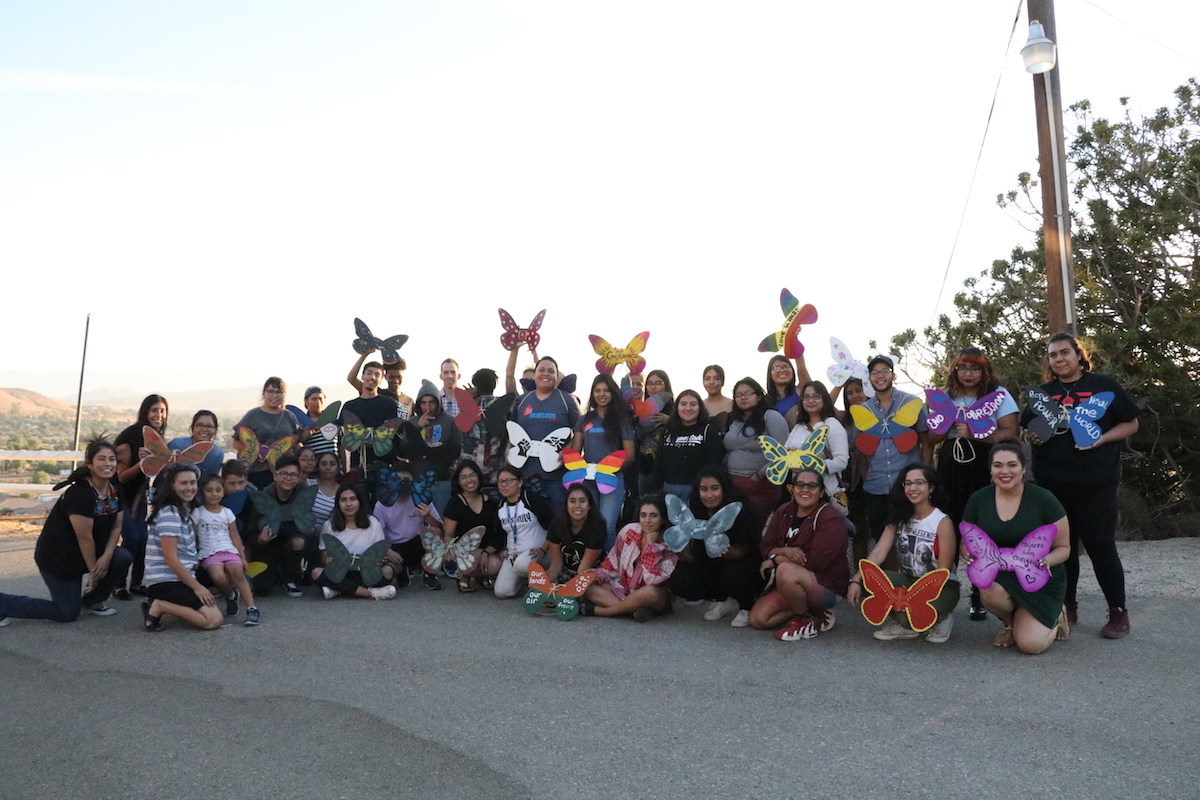 We want our legislators to support community solutions with jobs that pay a decent wage and help us transition to cleaner technology like electric vehicles, and prioritize the use of renewable energy sources over fossil fuels. We demand an end to profit-driven deals with polluters and the oil industry that have been a staple of Jerry Brown’s tenure as governor. We cannot afford to line the pockets of the logistics industry as our city politicians rubber-stamp projects with no accountability. Real climate leadership means not only speaking about making a change, but taking action for a sustainable future that truly reaches everyone, including communities like the Inland Empire.