I am from Nampa, ID. Last night, myself and many others saw horrifying images posted on a local elementary school’s Facebook page. Teachers and staff dressed themselves up as the “wall” with the words “Make America Great Again” and stereotypical costumes portraying Mexicans. I share this with you because we have a large Latinx community and I can only imagine how the students feel seeing their teachers act out in such a manner.

The school is Middleton Elementary School.

The email also contained these images, which according to the emailer, were posted on Middleton School District’s Facebook page: 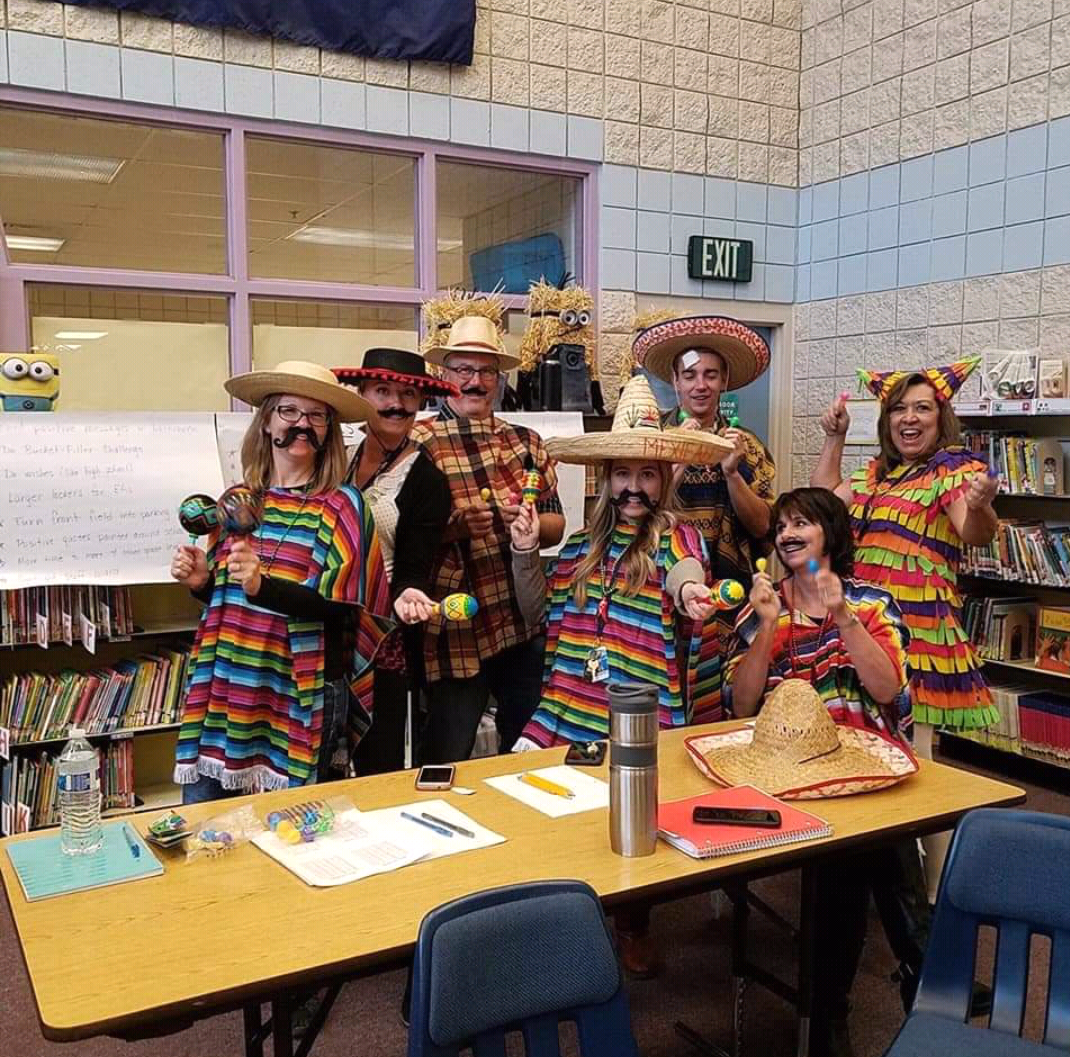 The emailer also sent a response that the photos had since been deleted from the school district’s Facebook page:

Earlier on Friday, Superintendent Josh Middleton went on Facebook to address the photos. (An initial video posted by Middleton School District has since been taken down from Facebook since it appears that the school district has now deleted its Facebook page. The following clip contains part of the superintendent’s Facebook Live comments.)

“We are better than this, We embrace all students. We have a responsibility to teach and reach all students period,” the superintendent said.

Middleton said that the entire issue is being investigated, adding that he didn’t think there were bad intentions to why the costumes were done in the first place.

“I was shown the photos and am deeply troubled by the decision by staff members to wear costumes that clearly are insensitive and inappropriate regardless of the context,” he also said in a statement reported by the Idaho Press. “On behalf of the Middleton School District, I share sincerest apologies for these insensitive actions and offending our families and patrons,” he said. “Again, we are better than this.”

The events that took place at Heights Elementary School in Middleton on Halloween are disturbing and inappropriate. The teachers involved, as well as school administrative personnel, and the Middleton School District showed extremely poor judgment.

The messages conveyed are the antithesis of the beliefs and values of the Idaho Education Association and its dedicated members throughout the state.

The IEA and the Middleton Education Association stand ready, willing, and able to assist the district in providing diversity and cultural competency training for Middleton School District employees. As troubling as the situation is, it does provide us with an opportunity for education and growth so that people can be made more aware of how hurtful these kinds of insensitive behaviors can be.

According to a Facebook post on the Idaho Latinx Organization Network, a special board meeting has been called at the Middleton School District for 10am Saturday morning local time:

“The Middleton School District has called a special school board meeting TODAY [SATURDAY] at 10am,” the post read. “With the superintendent in attendance, this would be the time to be heard on accountability for the faculty involved and to call on the board to fund more services to promote inclusion and success for multicultural students. A record of these meetings could even prove valuable in helping someone in the district from our community in a future school board race. I hope any advocates who are available will plan to attend.”

UPDATE, NOVEMBER 3, 12:41 PM ET: According to local Idaho report Clark Corbin, the employees in the photos have been placed on administrative leave and there is now a new principal at the elementary school.

In response to offensive staff Halloween costumes, Middleton Supt Josh Middleton said that employees have been placed on admin leave, new principal has been installed at Middleton Heights Elem “for now”

Middleton School Board is now in closed-door executive session to consider personnel matters or discipline.

Corbin filed a new story for Idaho Education News about the board meeting:

During Saturday’s meeting, Middleton unveiled a six-point crisis plan in response to the situation. The plan included placing employees on leave “for their safety and to provide due process” and activating the district’s crisis response team and unveiling a training program. The plan also includes a heightened, daily security presence at Heights Elementary, as well as extra administrative presence.

Board members participate in a nearly two-hour executive session before returning to open session and reading a statement condemning the employees’ action.

“This type of behavior has no place in education and certainly is not tolerated here at Middleton School District,” the statement read, in part. “We are in full support of our superintendent and administrative staff as a full investigation is being conducted.”

The full story is here.

Meanwhile, here is what superintendent Middleton wrote on his school district’s website:

I want to bring you up to date on events within the district.

We are getting lots of inquiries regarding Halloween day costumes and a photo posting from one of our schools. Local patrons and people across the country are calling in expressing their displeasure with the costume choices. This matter was brought to me last night [Thursday] and district admin are currently reviewing and investigating the chain of events. I have released a statement to the media and spoken to our local TV stations. The district as a whole is receiving publicity that is judging our schools and community on the events of that afternoon into a negative, broad generalization. I know we are better than that literal snapshot, but in the meantime we need to continue our investigation.

I hope we can wrap up our review by Monday. Despite this disruption, our students and student learning is what we are here for, so I ask we remain diligent to the daily mission, Every Student Learning Every Day. We are also activating our Crisis Team to help where needed on Monday. Middleton Police Department has also be instrumental in having a heightened presence at our campuses with extra patrol at Heights Elementary.