WASHINGTON, D.C. — The National Association of Latino Elected and Appointed Officials (NALEO) Educational Fund today released its analysis assessing Latino gains in Congress and statewide office in 2018. A full roster of Latinos that will serve at these levels of office (including a breakdown by state and political party) is available below. 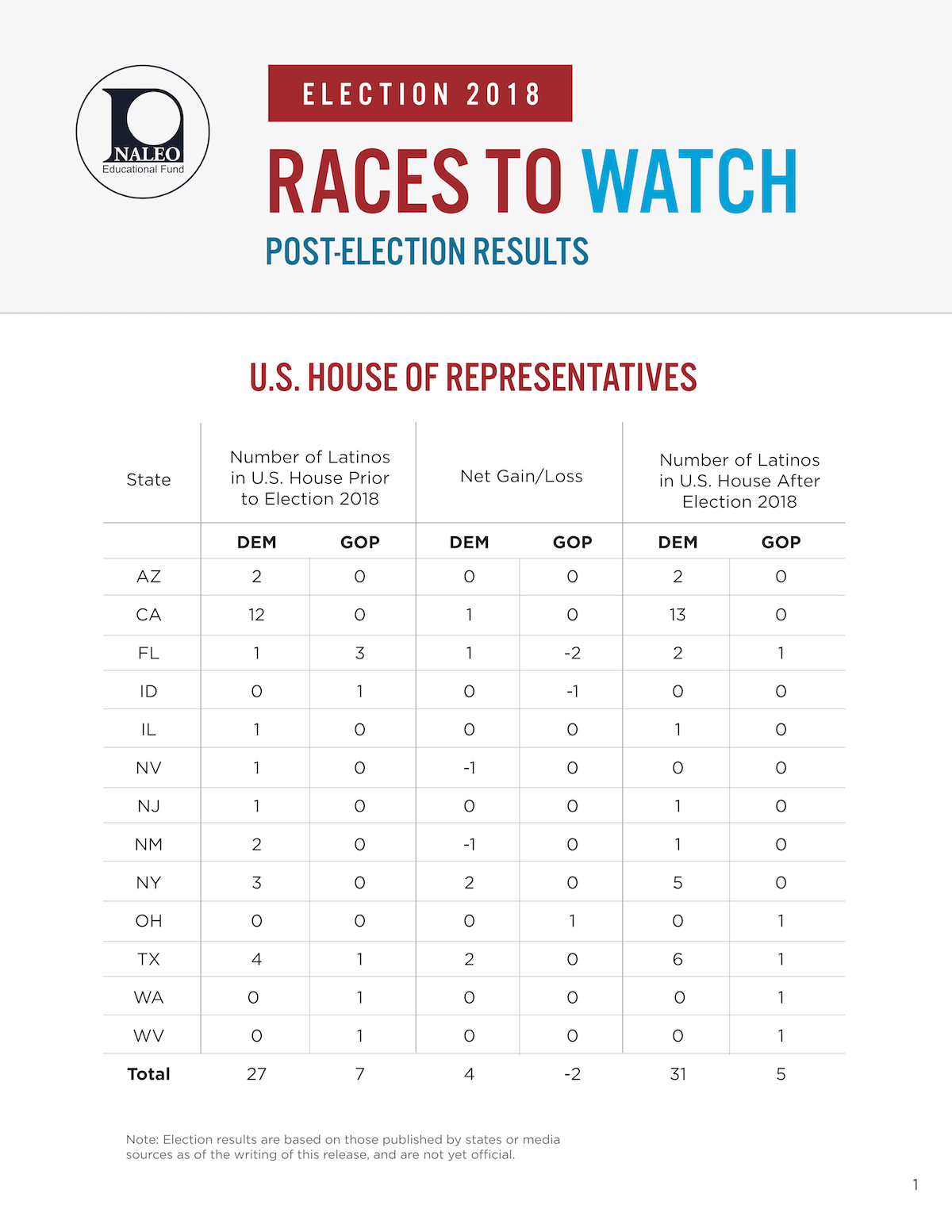 “Despite being ignored yet again by candidates and campaigns this year, Latino voters stepped up and made their voices heard in Election 2018,” stated Arturo Vargas, NALEO Educational Fund chief executive officer. “A strong showing from Latino voters in Florida, Nevada and Texas helped Latino candidates secure milestone victories.”

As candidates, Latino leaders sought positions in Congress, statewide offices, and state legislatures across the nation in Election 2018.  Pursuing top offices in 36 states, Latino candidates ran in both traditional Latino population centers, and in regions with emerging Latino communities such as the Plains States, the Midwest, the Deep South, and New England. 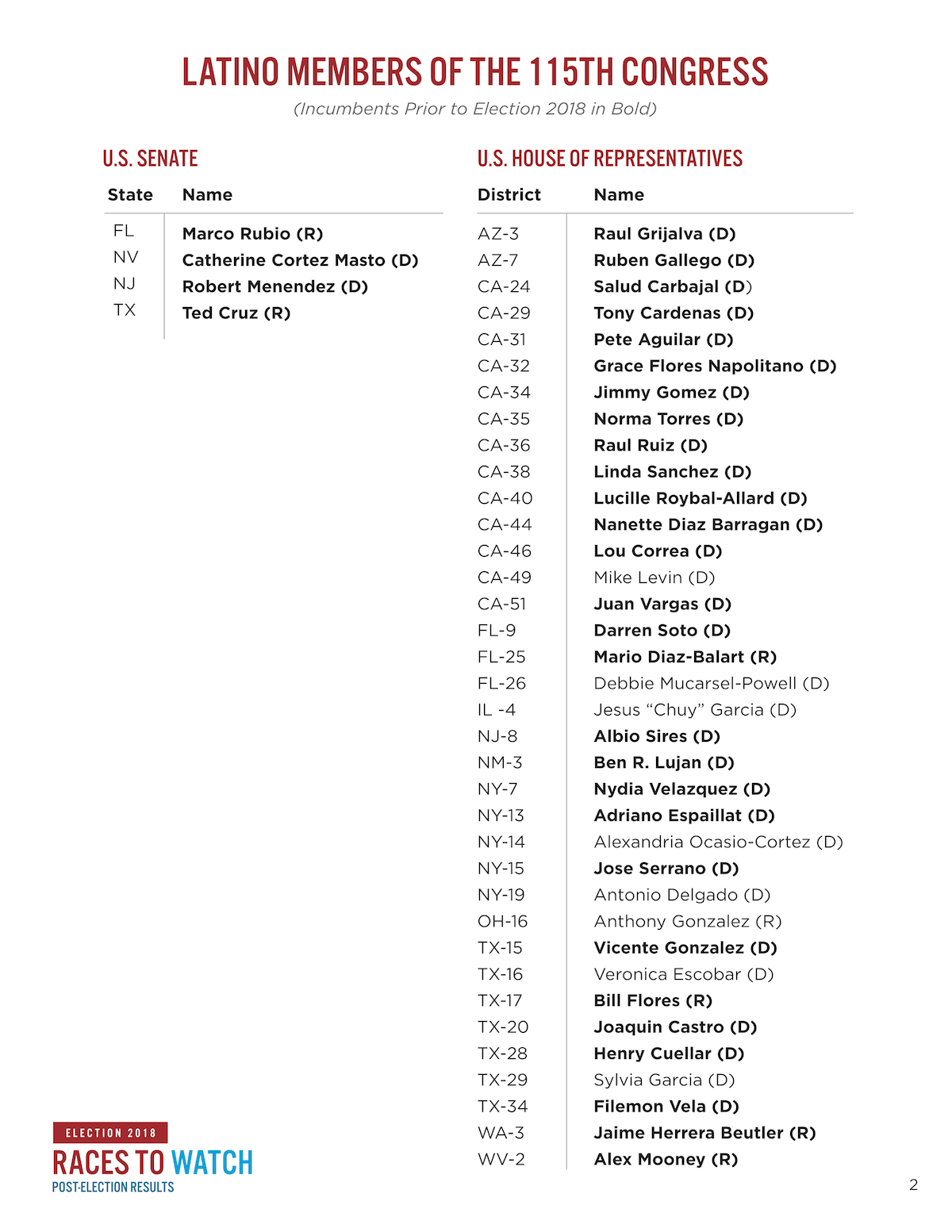 Following Election 2018, the 116th Congress will feature the largest class of Latinos in history. The U.S. House of Representatives will feature two more Latino members than in the 115th Congress, increasing from 34 to 36 (with the possibility of 37 if Xochitl Torres Small is declared the winner in yet to be decided close contest for NM-2).* In Congress’ upper chamber, four Latinos will continue to serve in the U.S. Senate. 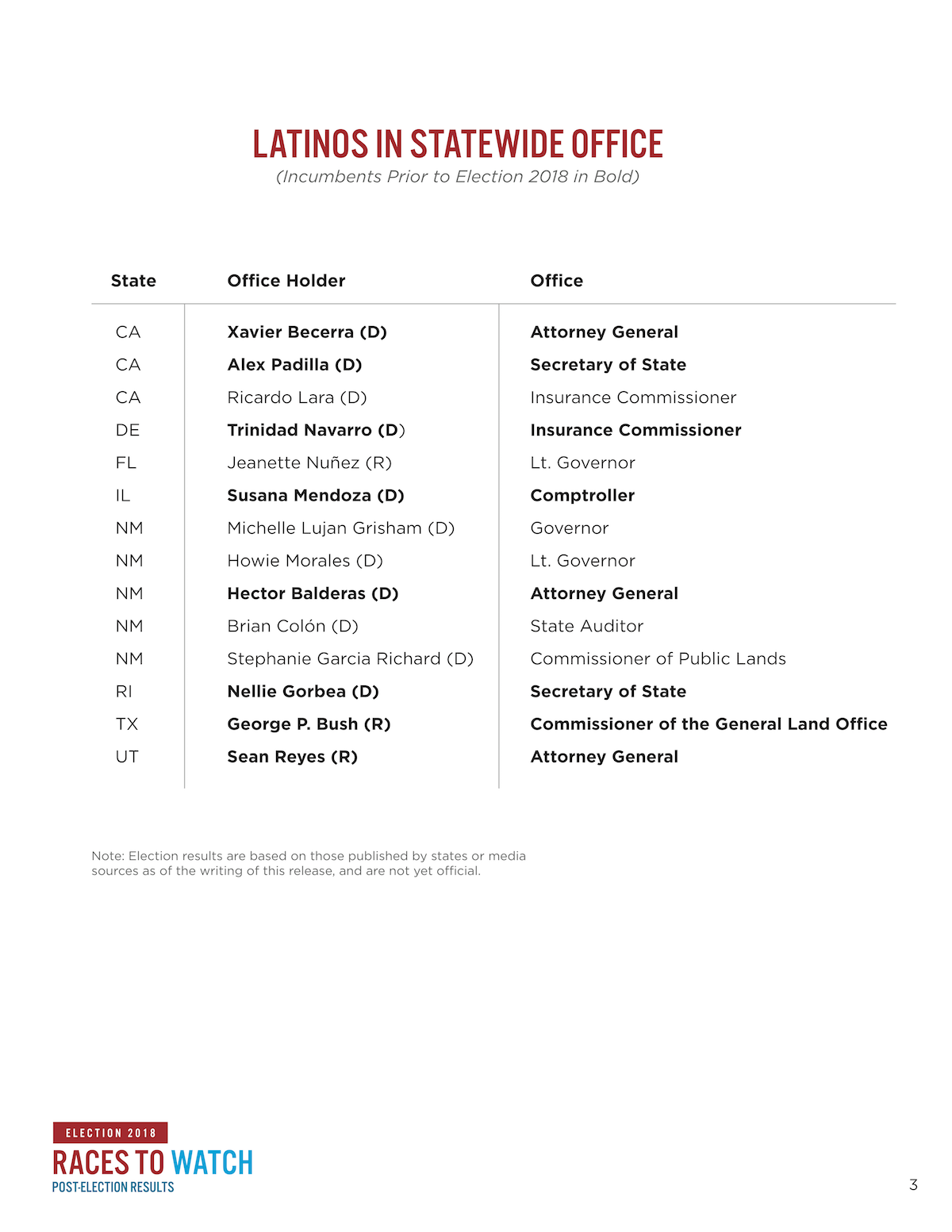 Vargas added, “Latino candidates continue to demonstrate their ability to successfully run for office across all fifty states, winning bids in areas with both Latino population centers and without. There is no such thing as a Latino or non-Latino district anymore, with Latinos once again bringing the expertise and skill needed to build support from a broad coalition of Americans in Election 2018.”

*Note: Election results are based on those published by states or media sources as of the writing of this release and are not yet official.