‘We Know God Will Help Us. We’re Puerto Ricans.’

By: Celeste León
Nov 8, 2018
8:37 AM
Originally published at Orlando Sentinel 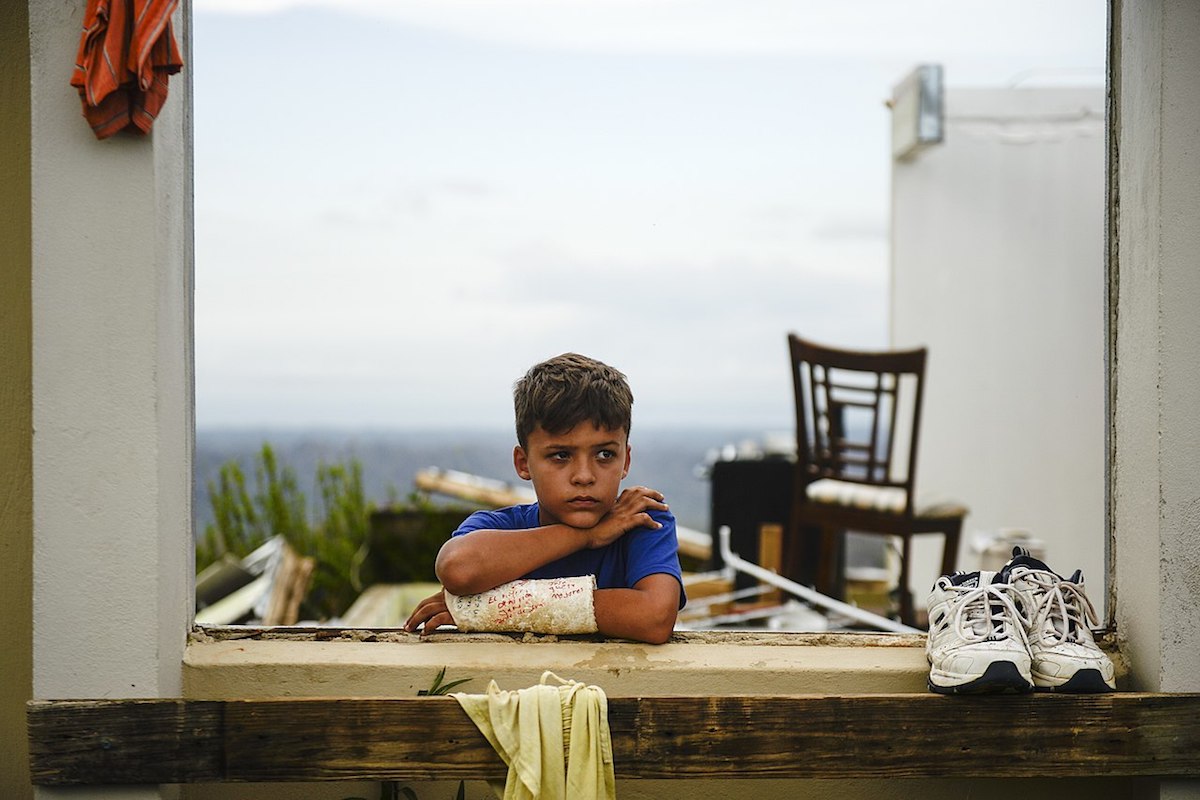 Editor’s Note: The author reached out to us this week and has given us permission to reprint her op-ed here.

On September 1, 2017, my heart broke into pieces as I held my dying father’s hand. Just 19 days later, on September 20, Hurricane María shattered it completely. My only comfort is that my father did not live to see the destruction of his homeland a second time. His earliest memory was when, at age 3, he hid in a neighbor’s cellar in terror as San Felipe, a Category 5 Hurricane, devastated Puerto Rico. (Sept. 13, 1928). After María, according to George Washington University’s Milken Institute School of Public Health, the number of hurricane-related deaths is estimated to be 2,975.

I pored over lists of missing persons for weeks, praying I wouldn’t find my cousins’ names. Texts were unreliable; emails and cell phone reception nonexistent. Finally, I heard through a chain of texts from my Yabucoa cousins, via the Miami cousins, that they’d survived. We learned that my father’s hometown of Maunabo was in ruins. I cannot imagine what his people endured. Just two weeks earlier, Hurricane Irma slammed Puerto Rico and left two-thirds of the residents without electricity and 34 percent without access to clean water. Then came María, and the devastation was complete.

My cousin Juan Manual and his wife Neida, both octogenarians, slept in the basement of their Yabucoa home the night before María struck, and hid there during the worst of it the next morning. Neida told me it was one of the scariest times of her life—far more violent than Hurricane Hugo nearly 30 years before. In the aftermath, Juan Manuel described Yabucoa as a cuidad muerta (ghost town). Their power was out for seven long months. Yet, unlike the 1.1 million households who applied for FEMA disaster aid, my cousins managed with a generator and a water cistern. They were among the few lucky ones.

Juan Manuel walks one hour daily, witnessing the slow recovery of Yabucoa’s countryside, and despite what many believe to be the inadequate disaster response from our government, my cousin and his fellow Puerto Ricans are resilient. Immediately after María, churches and nonprofits pooled resources to help residents in the barrios. Juan Manuel’s neighbor’s home was destroyed, so he moved into my cousins’ home to help repair their zinc roof. The Puerto Rican Diaspora mobilized with fundraising drives, sending hundreds of thousands of pounds of supplies to the island.

“It was really bad,” Neida told me. “We suffered, the long lines in the stores for water and gasoline, living so long without water or electricity. Can you imagine?” No, I thought, I can’t, this would never happen on the mainland. She continued, “But we’re alive and we’re ready to go on. We know God will help us. We’re Puerto Ricans.” And despite her harrowing experience, she reassured me: “We are always here for you, our home will always welcome you.”

A year after María, the U.S. government must rebuild Puerto Rico, as befits its stature as a U.S. territory and its residents as American citizens. Many organizations that work directly with Puerto Ricans need support, including: Organización Boricua, the Hispanic Federation, CenadoresPR and the Rebuild Comerío Project. Call Congress to insist they provide the assistance Puerto Ricans deserve. Also, travel to Puerto Rico.

And if you’re a child of a Boricua like me, proudly display your Puerto Rican flag side-by-side with your American one.

Celeste León is the author of the book, Luck is Just the Beginning, a novel inspired by a true story set in Puerto Rico. Her book earned a Mariposa award for Best First Book in the 2016 International Latino Book Awards and was just awarded Finalist in the 2018 Latino Books Into Movies Awards. She was named one of the “Top ten new Latino authors of 2017” by Latinostories.com. You can learn more at www.celesteleon.com.