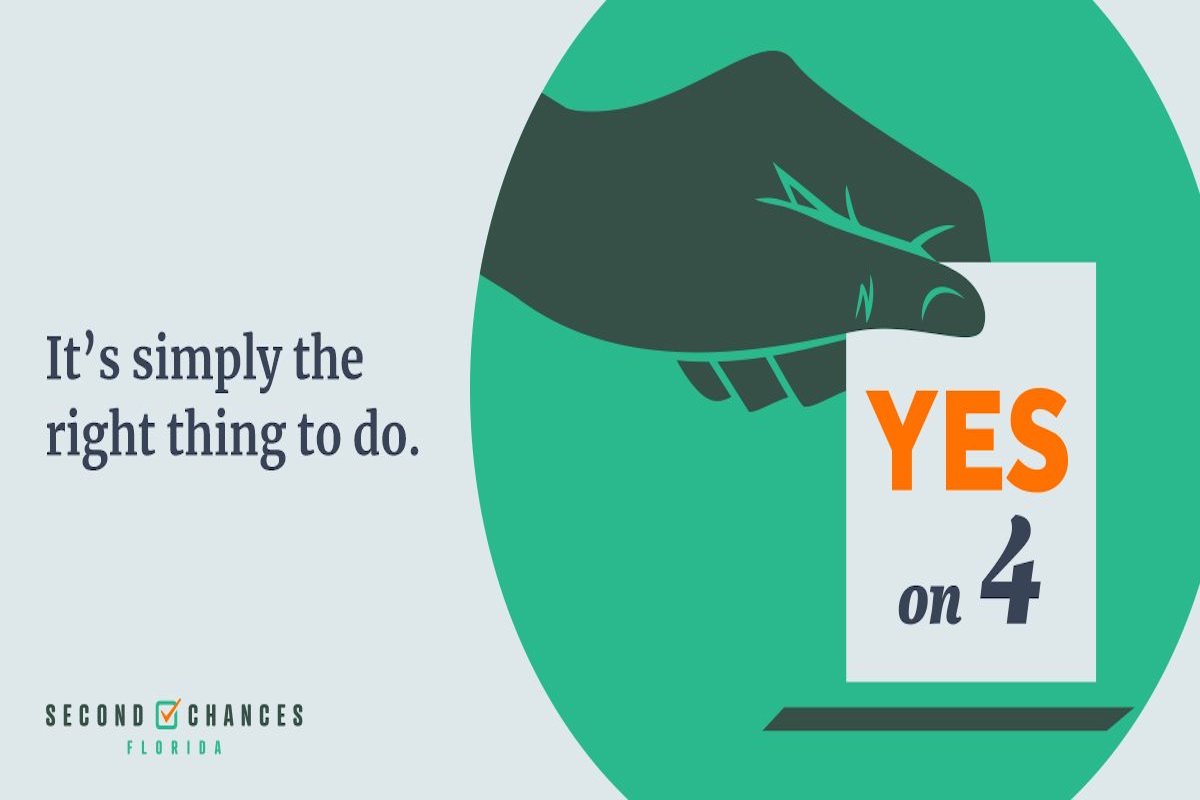 On Election Day at six in the evening, there really wasn’t much else to do. David Ayala had already made sure that every polling site he could reach would be dressed in green—the green lawn signs that were emblazoned with the refrain, Yes on 4. Robert Dávila was driving to sites with excessively long lines to see if everything was in order. Leyla Martínez knocked on doors in Orlando pleading for a Yes Vote on 4. And the night before, I made over 70 phone calls to Latino voters in St. Cloud, Kissimmee, Port St. Lucie, Tampa and Orlando to talk up the importance of Amendment 4. At 7pm in Florida, the polls closed and anyone who wasn’t at the back of the line by then, wouldn’t be voting.

David, Robert and Leyla are people who know firsthand what it is to be defined for life by one error. That is, they know about perpetual punishments.

All three were imprisoned in the United States. And today each of them does everything possible to break the negative image that marks people with previous criminal histories for life. Florida is a place that insists on laws and practices that make life virtually impossible for people like them. Labor protections that would give them a fair shot at employment, do not exist. Numerous professional licenses are foreclosed to them. And the best tool to combat these policies —the vote— is denied to them permanently in Florida.

It is in this space that Amendment 4 was born. It would give the voters of Florida, not their elected officials, the power to amend their state constitution but only if 60% of the voters who opine are in favor. More than one million voters signed petitions to get this proposal on the ballot—signatures that David and Robert obtained anxiously awaiting the final result.

If Amendment 4 passed, it would restore eligibility to vote to one and a half million Floridians, each of whom live in communities, pay taxes, but are deprived of an electoral voice. Each of whom carrying the hope of breaking the stereotype of being a perpetual criminal: a cross they must bear constantly.

David and Robert live in Florida where they have no voice in its democracy. Leyla lives in New York where she was able to vote but only after finishing her sentence and all of its obligations. Like me, she was not going to miss the opportunity to be present in Florida and witness the vote returns for Amendment 4.

All of us were following the lead of the Florida Rights Restoration Coalition, and its charismatic leader Desmond Meade, an African-American man who also could not vote because of a previous felony conviction. Desmond took on a white Republican, Neil Volz, to help him run the campaign. Neil was convicted of bribery, and like Desmond, knows that the punishments meted out by our criminal justice system fall on everyone regardless of party.

At 9pm, we received good news. Amendment 4 passed with over 64% of the vote. Cheers, smiles and tears filled the hall.

In that moment, Florida unchained its vote and more than one million human beings regained their voice.

Juan Cartagena is the President and General Counsel at LatinoJustice PRLDEF. He tweets from @LJCartagena.