Nevada Didn’t Win With a Blue Wave: It Won With a Latino, Immigrant and Working Class Wave 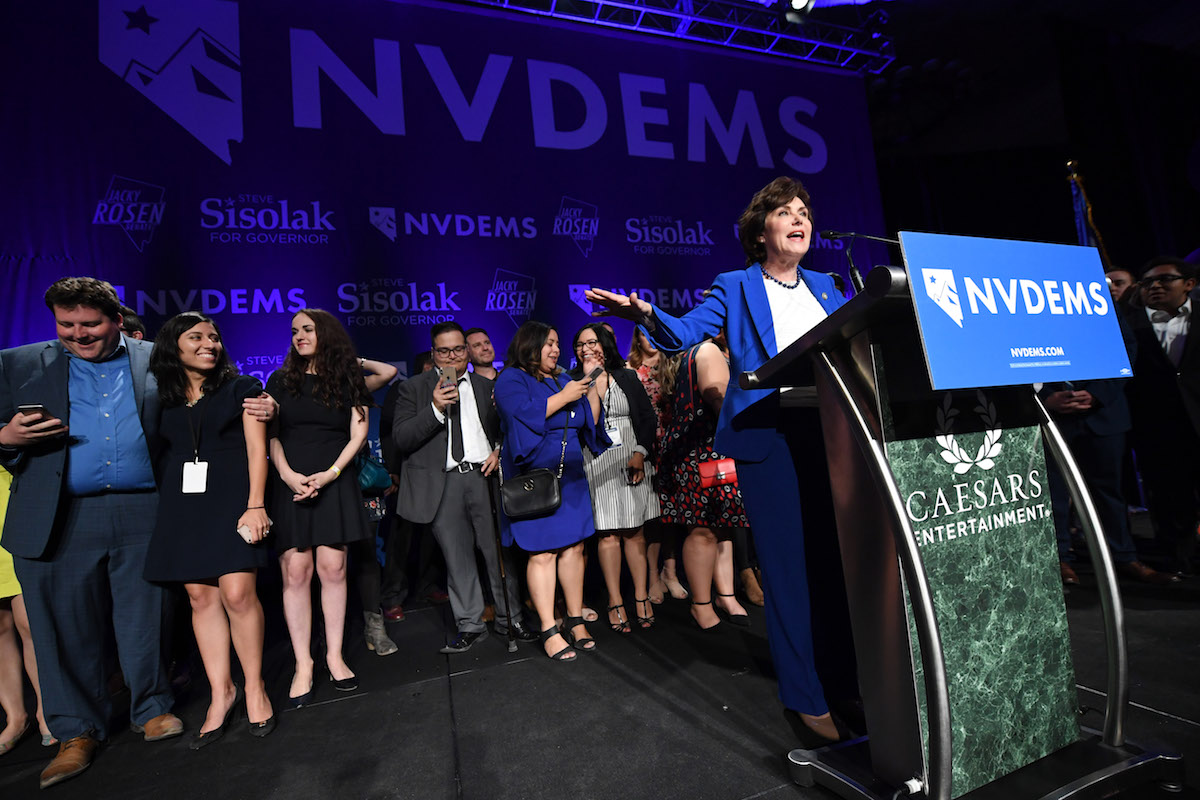 Election night 2016, I was in Nevada standing side by side with a group of mostly young Latinx organizers from our partner organization PLAN Action, that despite delivering the most sweeping victories for their state, were in tears or shock witnessing the national results.

Fast-forward to Saturday November 3, 2018, and I already knew we had won.

Over the years, I’ve spent a lot of time advising and supporting the organizing infrastructure in the state. Victory in Nevada boils down to three ingredients: year-round investment and organizing infrequent voters (most of those being Latinos, immigrant and working class); talent and leadership by young people of color; and candidates who offered potential voters something (or someone) to turn out for.

Although we felt devastated after 2016, PLAN Action and Community Change Action didn’t ever lose focus with our voters and our communities. In 2017, when North Las Vegas went into election mode one more time, we turned on the phones, put on our walking shoes and went back out to show voters that winning at the state level was not enough. We needed to support candidates who would protect us from Trump policies at all levels.

When the Republican Party challenged sitting Nevada senators to a recall because they knew that they could not win in the general election, PLAN Action and dozens of organizations called thousands of voters to educate them about the recall process and ask them to affirm their intention to support (or not support) the recalls. Our sustained engagement with voters outside of “major elections” created trust and relationship with people who were starting to recognize our leaders and volunteers by first name.

In early 2018, we doubled down on our theory that prioritizing conversations with infrequent voters was the winning formula, not leaving it to talk with them as an afterthought. And with that intention, my organization, Community Change Action, formed a unique partnership with Color of Change PAC, Planned Parenthood Votes and PLAN Action to bet big on that theory.

We formed a coalition, known as “Win Justice,” where we targeted 225,000 voters in Nevada. Most of these voters did not vote in 2014 and some did not vote in 2016. Our target voters this year were younger, composed of more people of color (both black and Latinx), and more female than the general voting population. We were told by some in the political elite to not worry because Republican Senator Dean Heller and Adam Laxalt, the Republican running for governor, would not win this year. However, the local organizers knew that it would take intentionality and repeated efforts to introduce mostly unknown figures —Democrats Jacky Rosen and Steve Sisolak— to Latino, immigrant and working class voters.

We saw it in the gaps at the polls throughout the year and in early conversations over the summer at the doors with our voters. We were mostly introducing two unknown figures to them. (Yet I would be remiss not to acknowledge that if Governor Brian Sandoval decided to campaign for the Republican candidates, the introduction of our leading ticket would have been much harder.)

I knew days before Election Day that we had won because by the end of early vote,  our targeted voters had multiplied their participation by 400%.

Every indication to this outcome was there: from the hundreds of volunteers that were at our Win Justice office making phones calls to voters for weeks in preparation and during early vote; to the dozens and at times hundreds of voters who joined us for our early vote parties; and from interacting with voters like Joe, who probably no other campaign called because he would have been seen as an infrequent voter not worth reaching out to. Yet after we repeatedly called him, not only did he vote, he volunteered to call others to do the same.

Not Just a ‘Reid Machine’

I might be in the minority to dislike the “Reid machine” term, which refers to former U.S. Senator Harry Reid, who served Nevada for 20 years. I just find it an oversimplification of the talent and work in this state. A machine implies that there is an on and off button, that all parts operate under one construction and supervision. It simplifies the contribution of courage, creativity and passion of the (mostly young) leadership in the state.

Are some people veterans and supporters of the Reid campaigns? Absolutely, but they’ve decided to dedicate their talents and work for a calling higher than a candidate, any candidate, and that calling is their family, community and state. There are dozens of homegrown leaders who are serving to protect their communities every day. To me, they are not the “Reid machine” but the highest manifestation of the heart of their communities, hope in action, witnessed in pure sweat and tears to create the change they desire for their state.

Even though you will not hear numerous accolades for their leadership, they are the young people of color that are organizing and revolutionizing Nevada. Leaders like Laura Martin, Erika Castro, Raquel Cruz-Juarez, Leslie Turner, Francisco Morales, Yvanna Cancela, Amanda Khan, Viridiana Vidal, Kenia Morales and so many more.

I have a lot of hope in this state, and its newly elected leaders. To those yet to be sworn-in leaders, I share a simple secret to keep Nevada blue: Voters will know their participation matters when you deliver victories that will improve their lives, communities and state. The voters engaged by Win Justice voted for their future and issues that mattered to them. I also know that the state will not automatically be purple or blue or red but will be the color that these young, talented year-long organizers and leaders are able to keep it.

#HomeMeansNevada. Many in the state are working to make this true for all residents, regardless of where they were born, what they look like or how much money they make.

Let’s support them in the process.

Grecia Lima is the National Political Director for Community Change Action. She tweets from @GreciaLima.