Rains in Chile Destroy About 85 Percent of Desert Microorganisms 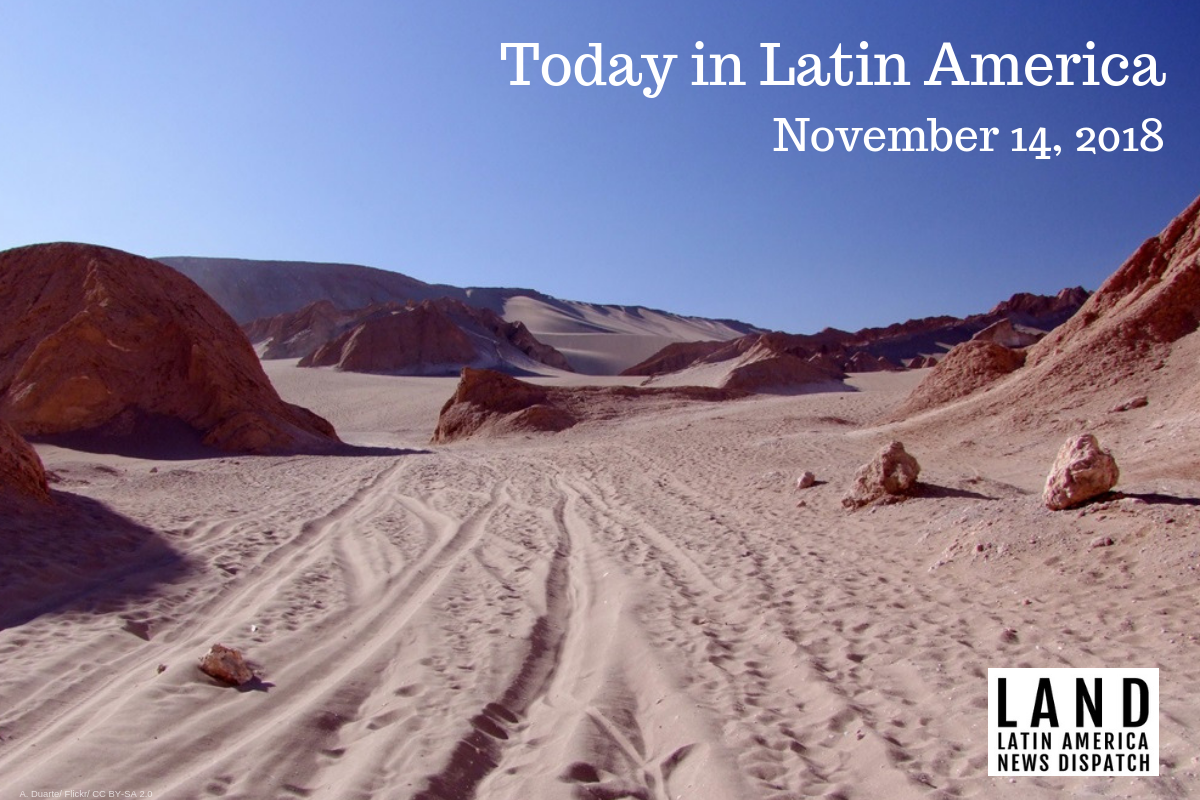 The Atacama Desert in Northern Chile. (Photo by A. Duarte/Flickr/CC BY-SA 2.0)

CHILE: In the last three years, the Atacama Desert has registered rains it hadn’t for over 500 years prior, causing a great devastation in up to 85 percent of its microbial life. Researchers from the Center of Astrobiology, the Superior Council of Scientific Investigations, and the National Institute of Aerospace Technique discovered that contrary to other parts of the world, the presence of water has not contributed to the development of life in Atacama. Water caused an enormous loss of microbial species that inhabited these places before the precipitations.

The Atacama Desert is the driest and oldest desert in the world. The mass extinction of these indigenous microbial species happened because of the unusual levels of water in the region; microorganisms were not able to adapt to the sudden floods and died from excess of water.

The study and its results are a scientific discovery that allows for the further research of microorganism behavior in extremely arid places such as Mars, a hyper-arid planet that once experienced catastrophic floods.

MEXICO: President-elect Andrés Manuel López Obrador said on Monday that Mexico will hold another public referendum later this month. Like the earlier referendum on the $13 billion airport project in Mexico City, this referendum will also be related to a transportation project: a railway that would connect tourist attractions across five states of the Yucatán Peninsula, costing between $6 billion and $8 billion. The public will vote on the project and nine other proposed programs, including the construction of an oil refinery, on Nov. 24 and 25.

MEXICO: The body of a 14-year-old girl was found yesterday inside an abandoned suitcase in Mexico City’s Tlatelolco neighborhood. Agents confirmed that the girl was Ingrid Alison, who had been reported as missing on Monday night. Reports from the attorney general’s office found the cause of death to be suffocation. Before finding her, residents found bloody blankets 400 meters from the suitcase.

PUERTO RICO: The United States Congress announced that President Donald Trump does not want any more relief funding sent to Puerto Rico, claiming that the archipelago “does not need it and probably will not spend it,” insinuating that Puerto Rican officials have misused the relief aid to pay off unrelated debts. San Juan’s mayor Carmen Yulín Cruz Soto reacted strongly to Trump’s comments, describing Trump’s behavior as “patán” and pointing out that FEMA relief is a right for Puerto Rican citizens because it is part of the insurance paid in mortgages.

VINCENT AND THE GRENADINES: St. Vincent and the Grenadines announced that it is on the brink of being the leading global producer of certified medical marijuana. The southern Caribbean nation also anticipates to pass legislation later this month intended to endure tighter regulation guidelines.

GUYANA: Yesterday, The Caribbean Court of Justice ruled an 1893 Guyanese law that bans people from cross-dressing in public as unconstitutional. The case arose after four transgender Guyanese individuals were arrested, detained and fined for cross-dressing in public in February 2009. The CCJ ruled in favor of the appellants and declared that “secularism is one of the cornerstones upon which the Republic of Guyana rests.”

COLOMBIA: Colombia opened its first camp for Venezuela migrants as the number of people fleeing the economically strapped country rises. The creation of the camp, converted from a soccer stadium in Bogotá, set off protests in the area from residents who said they feared violence and disease. Colombia has received more Venezuelan migrants than any other country; more than 1 million Venezuelans now live there.

COLOMBIA: About 450 members of indigenous groups in Colombia arrived in Bogotá earlier this week to demand that the government complies with the 2017 peace agreement and protects them from violence. Outlined in the humanitarian agreement were promises to remove land mines the territories of indigenous communities, end forced recruitment of indigenous children and address the communities’ forced displacement. The group in Bogotá claims that little progress has been made on these promises.