A Feminist Stand Against Gender-Based Violence in Puerto Rico

The following media release and photos were shared on Sunday morning by Colectiva Feminista: 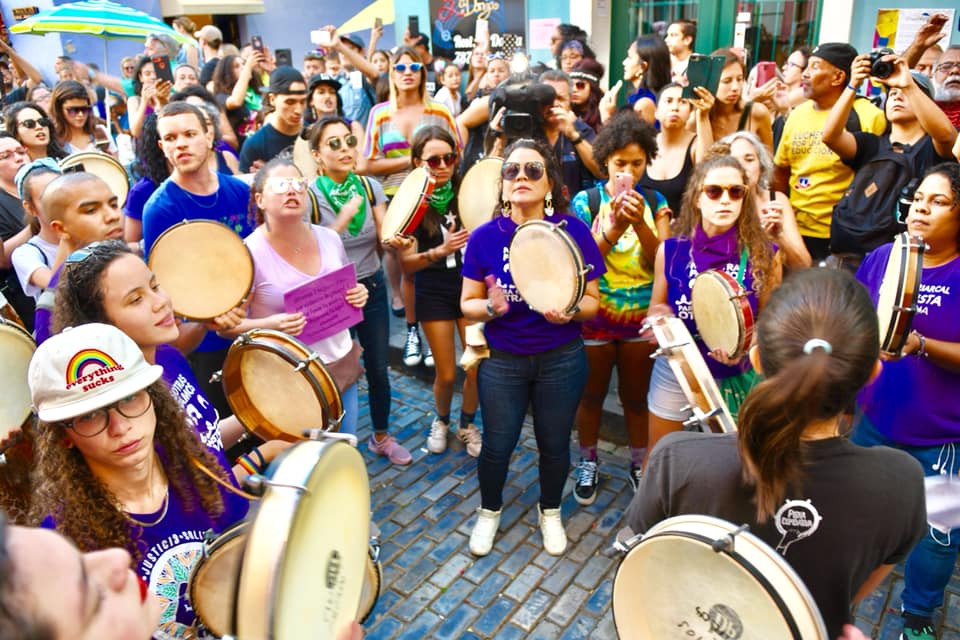 SAN JUAN, PUERTO RICO — On this International Day for the Elimination of Violence Against Women, 40 women have been murdered in Puerto Rico in 2018, with at least 22 at the hands of their husbands, partners or former partners. There are about 180 reported cases of domestic violence where the aggressor is a police officer, and there are about 2,554 rape kits unprocessed from 2006 to date. Urgent action must be taken to curb gender violence and the government has no plan to do so.

This past Black Friday, November 23, a feminist organization in the island called Colectiva Feminista en Construcción, with other women’s organizations, organized a feminist stand (“Plantón”) or sit-in against gender based violence, demanding that Governor Ricardo Rosselló issue an Executive Order decreeing a National Emergency Plan against Gender Violence. The demands in the Executive Order, drafted by the Colectiva, are a result of claims approved in a Feminist Assembly celebrated on June 13, 2017, where over 400 women presented measures to ensure a better quality of life in Puerto Rico. The measures included demands in areas such as health, education, labor and gender-based violence. Last year, a Committee assigned by the Assembly gave the Governor the claims and he took no action. 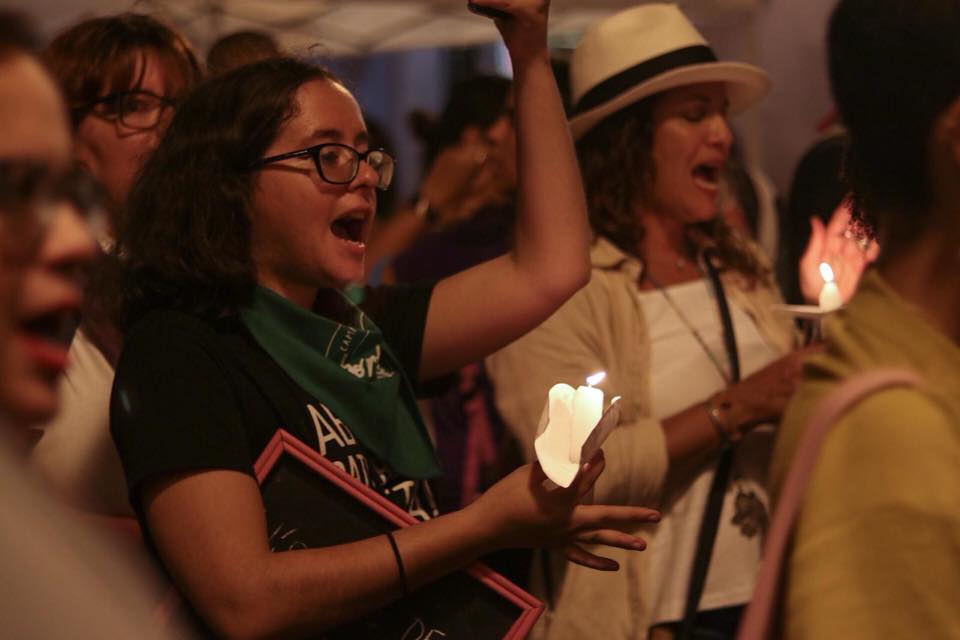 Today is the third day of the “Plantón,” which began with a march from Plaza Colón to La Fortaleza the Governor’s residence in Old San Juan, where hundreds of women participated, demanding the signature of an executive order that would implement a National Plan against gender-based violence. The march assembled in front of the gates of the Governor’s residence, where the group of women insisted that he meet them and sign the document. The demonstration has been a show of resistance to exert pressure that will NOT culminate until the Executive Order is signed. 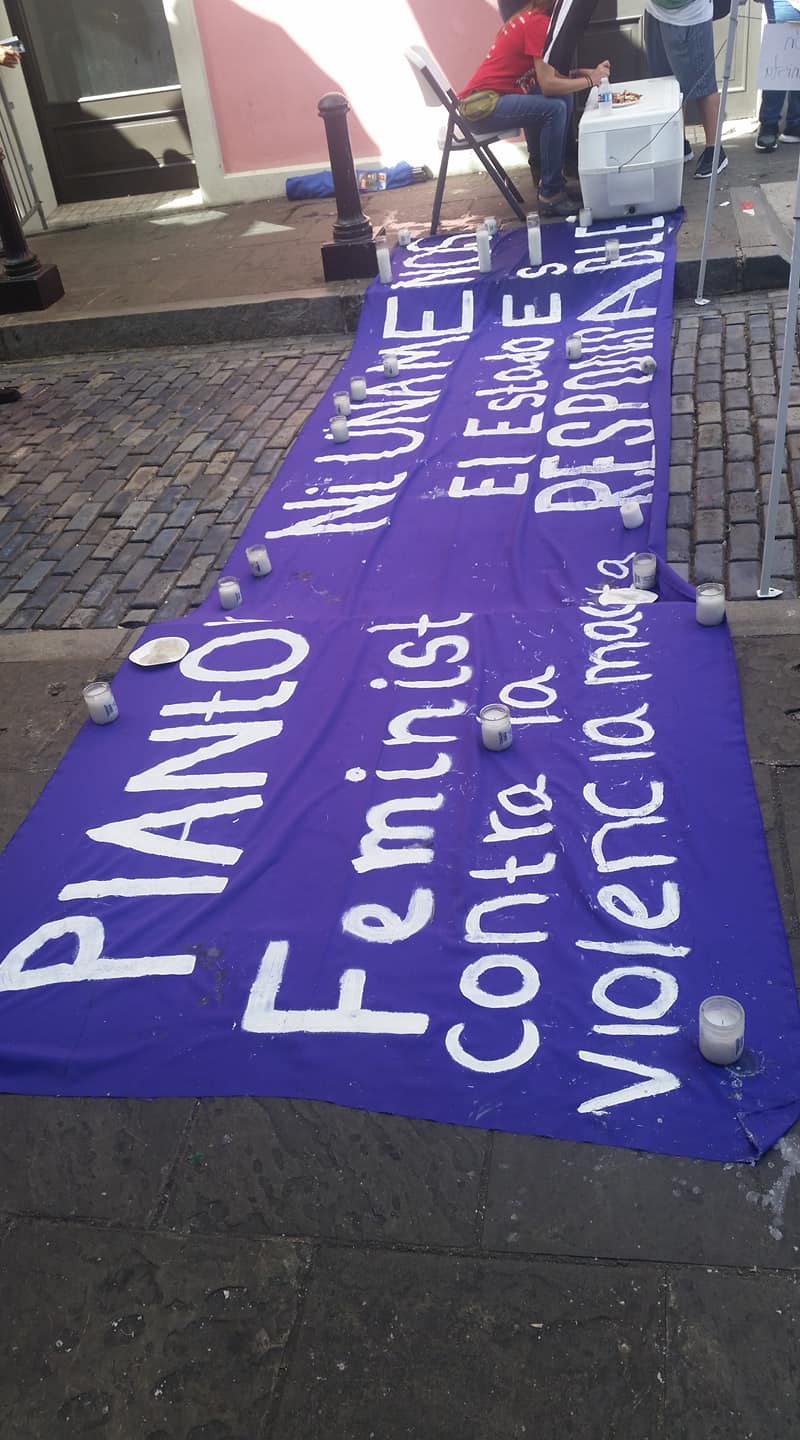 After countless hours, the Governor has not met the women. The police officials who guarded the area informed the women that the Governor was not at his residence. But the women informed them that they would remain in the area until they received the Governor’s signature for the Executive order. The collective then proceeded to set up camps, and have organized talks, concerts, and other activities to raise awareness about the issue of gender-based violence. 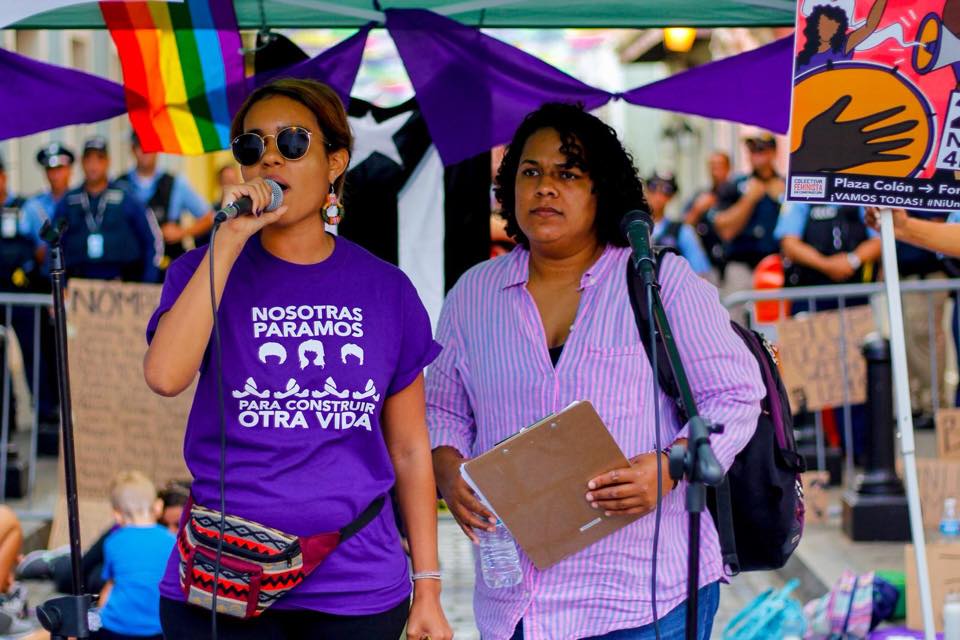 “Yesterday we received news that yet another woman was stabbed by her partner. While the country speaks about the gender violence crisis, the Governor is absent. They tell us that he is not at his residence and they can’t meet with us. We will not leave the area until he listens to us, we will not continue to live in fear, we will not stand another dead woman because of gender-based violence. We will not leave until the Governor fulfills his responsibility to prepare a response,” said Vanessa Contreras Capó, a member of the Colectiva. 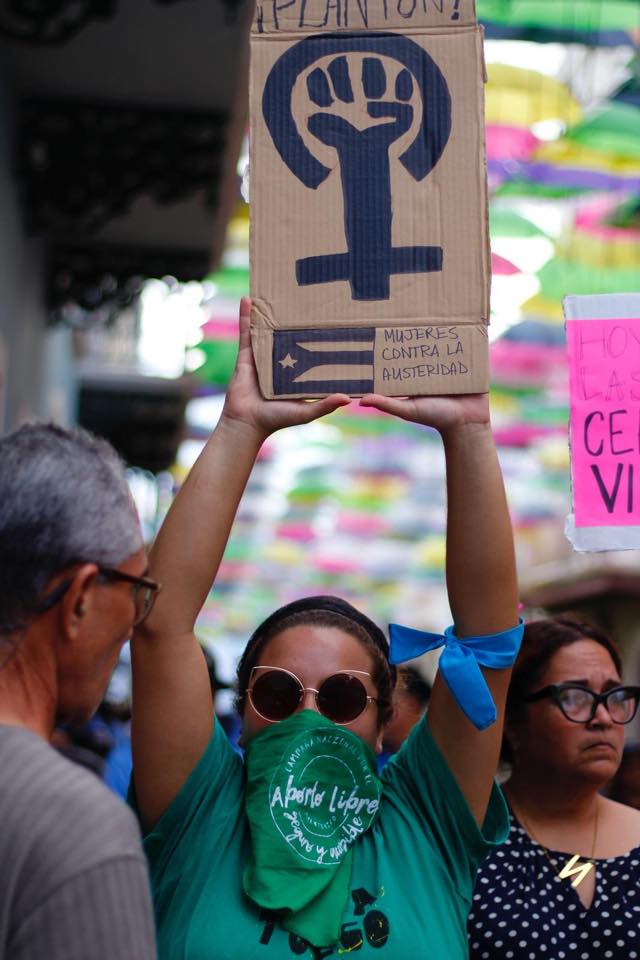 Meanwhile, videos of how Puerto Rican police are treating demonstrators are starting to surface on social media: