The following media release was published Friday by the National Association of Hispanic Journalists (NAHJ): 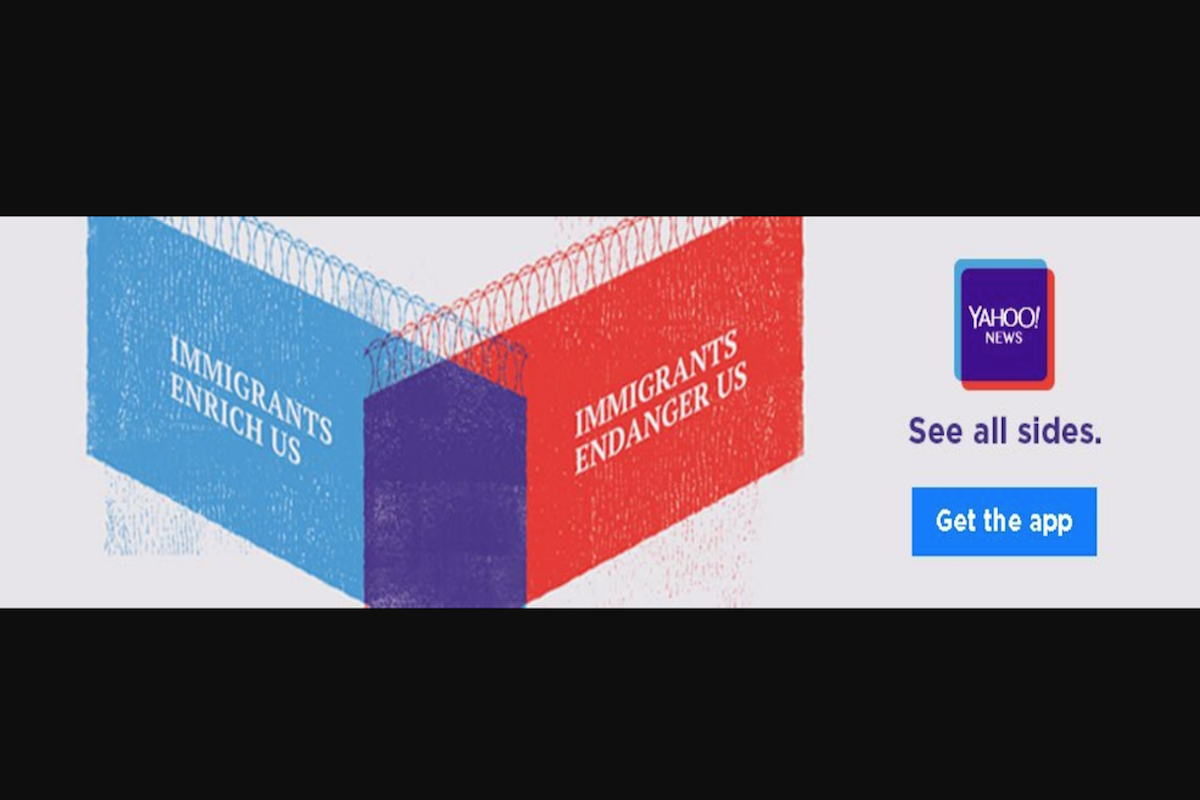 Washington, D.C. – Today, President Hugo Balta of the National Association of Hispanic Journalists (NAHJ) reached out to Yahoo! News to set up a meeting to discuss the biased ad describing two “perspectives” on immigration to promote the brand’s new app. The graphic depicts two border walls each with a “Republican and Democratic” immigration stance intersecting to express commonality, but only achieves the dehumanization of people.

Journalists and news organizations have a responsibility to report on fair and accurate facts only and not give a platform to propaganda. There is no side to “Immigrants Endanger Us” because it simply isn’t a fact, but instead fuels dangerous stereotypes.

The immigration debate in the United States is much more complex than a three-word advertisement.

“Rather than providing two or more facts, this is an attempt to make readers believe that one piece of information is equivalent to another piece of propaganda,” commented Balta. “Instead of defending its’ offensive and inaccurate advertisement, [Yahoo News!] Oath  should take responsibility for it .”

NAHJ is seeking a meeting with executives to dig deeper into the motivation behind this promotion’s release and discuss the process in which it was approved within the organization. The association is open to working with Oath and the team at Yahoo! News to implement increased diversity and inclusion and diminish any gaps for future discriminatory content.

About NAHJ The National Association of Hispanic Journalists (NAHJ) is the largest organization of Latino journalists in the United States and dedicated to the recognition and professional advancement of Hispanics in the news industry. The mission of NAHJ is to increase the number of Latinos in the newsrooms and to work toward fair and accurate representation of Latinos in news media. Established in April 1984, NAHJ created a national voice and unified vision for all Hispanic journalists. NAHJ has approximately 2,500 members, including working journalists, journalism students, other media-related professionals and journalism educators. For more information please visit NAHJ.org or follow on Twitter @NAHJ.