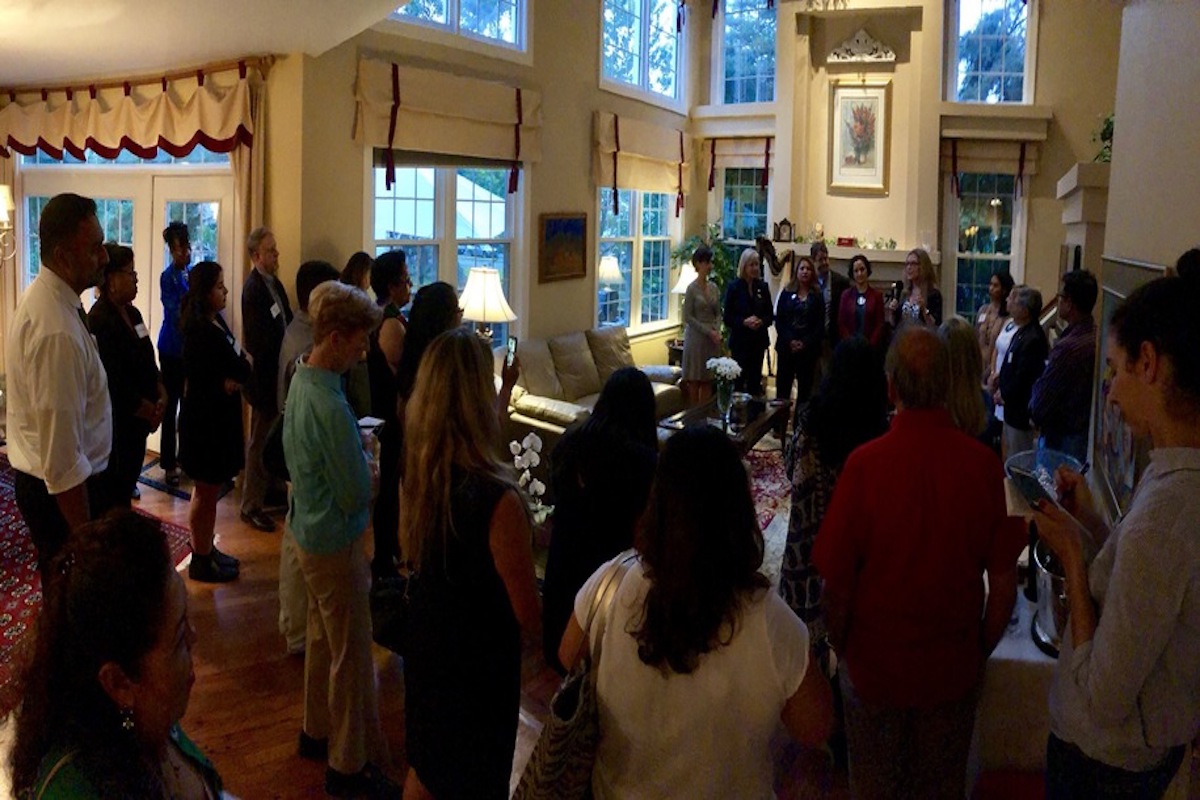 Latinos gather in Herndon in support of Jennifer Wexton (VA-10)

Virginia made history (once again) last month by flipping not one but three congressional seats, sending Elaine Luria (VA-02), Abigail Spanberger (VA-07), and Jennifer Wexton (VA-10) to the U.S. House of Representatives. The Commonwealth is becoming (some have argued that it already is) a solidly Blue state, a trend bolstered by changing demographics, increased investments in building a Democratic infrastructure, outstanding state party leadership, as well as countless exceptionally talented individuals heeding the call to serve.

Representation matters, not just in the halls of Congress and at the state and local levels, but also in the narrative we build about Democratic politics and progressivism.

Our nation saw an uptick in the number of candidates, especially candidates of color and women stepping up to the plate, many of them citing the 2016 election as a pivotal moment in their decision to run. It is not surprising that those who have had the most at stake and their humanity threatened would feel inspired to fight for the betterment of our society and ensure that we have a firewall against the attacks perpetrated by Trump’s administration and the Republican Party.

During the last two election cycles in Virginia, we witnessed a massive escalation in the attacks and “otherizing” of communities of color and immigrants. This is not a distinct phenomenon for the Commonwealth. As the think-tank New American Economy points out, “five times as many immigration ads ran this cycle than ran just four years ago.” People like former Reps. Scott Taylor, Dave Brat and  Barbara Comstock doubled down in their harsh anti-immigrant rhetoric, which proved to be a losing strategy for mobilizing their base voters.

Instead, Virginia’s increasingly diverse population built a coalition and mobilized against a Republican Party that has remained steadfast in their allegiance to Trump, divisive tactics, and incessant attempts to demonize entire communities.

This election was led by a diverse coalition that won because of people of color. In Virginia, 82% of non-white voters supported U.S. Senator Tim Kaine, the Democratic candidate at the top of the ticket, whereas 63% of white men and 49% of white women voted for Republican Corey Stewart.

Despite this, much of the post-election media coverage gave credit to predominantly white suburban areas and grassroots groups for getting out the vote. They deserve recognition for towing the line and ensuring these critical swing districts and bellwether counties like Loudoun and Chesterfield overperformed. But again, representation matters not only in office but in the stories we tell.

Communities of color had the most at stake and we stood up. The dearth of coverage should give us pause.

For example, a recent post by Blue Virginia, a blog website that purports to “cover Virginia politics from a progressive and Democratic perspective—and to help elect Democrats,” recently weighed in with a contributor-sourced list of 2018 Midterm Winners and Losers. It named a number of well-deserving (and not so well-deserving) players in the 2018 Virginia elections. However, it ultimately proved to be yet another example of what centering whiteness looks like. It overlooked or only gave a passing reference to the contributions and participation of historically marginalized communities this cycle and what we’ve done to help keep Virginia blue.

Like really? “Oh and as a contributor said”? I dig your contributor but there were entire communities fighting this election because our basic humanity was at stake. #RepresentationMatters pic.twitter.com/gTVKBfxMVo

The lack of representation in the article and the site itself contributes to the problems and failures of the Virginia progressive space and the discourse that attempts to aggressively define who is and isn’t a progressive Democrat.

We made history last month, and the policy outcomes will undoubtedly help lead to a more just and equitable society. But representation matters in our elected officials and it matters when creating a narrative that gives full recognition to marginalized communities who literally put their safety and life on the line against individuals who believe we do not deserve certain rights as human beings. This is what it means to be progressive. And creating a better Virginia means outlets like Blue Virginia should learn quickly how to be better allies.