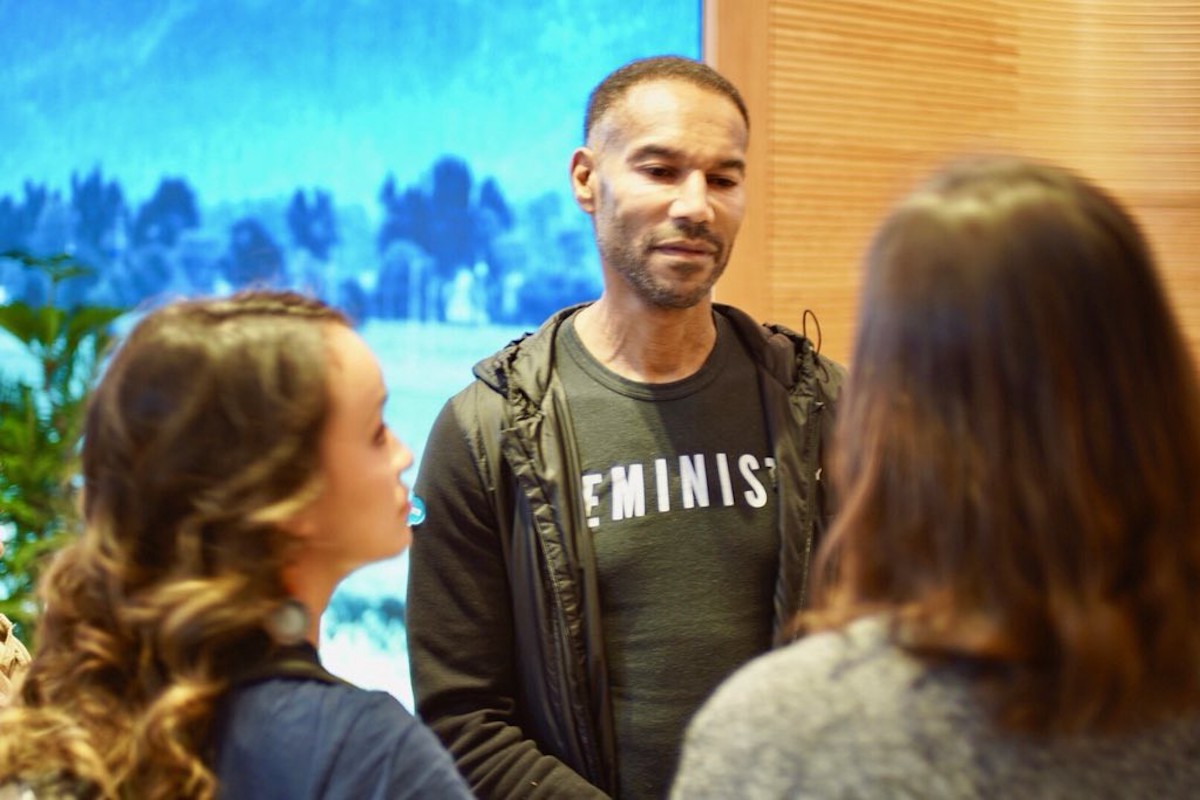 People across the internet are outraged over the reports of Border Patrol agents firing tear gas at hundreds of families, children, and babies at the U.S.-Mexico border. This is yet another example of the government responding to asylum seekers with unwarranted violence.

But who’s helping the government hire the agents who carried out this order? Big tech companies like Salesforce.

While children fainted and parents ran for their lives, Salesforce’s CEO was sitting comfortably in his Tower refusing to acknowledge his company’s role in ongoing human rights violations and present violence at the border. And to make matters worse, he’s also attempting to silence the activists that are holding him accountable.

Back in September, Fight for the Future, Mijente, and other human rights groups made headlines with high-profile protests highlighting Salesforce’s contract with U.S. Border Patrol during the company’s flagship conference, Dreamforce. We paused those protests as an act of good faith after Salesforce executives offered to meet with activists to discuss the contract.

During the process of scheduling the meeting, Fight for the Future experienced pushback from Salesforce when trying to include immigrants rights group Mijente in the meeting. Initially, Salesforce only agreed to “consider Mijente” as a meeting participant. Fight for the Future explained to Salesforce the the most affected community should be represented at meeting and agreed to meet off the record to make this happen.

In the leadup to the meeting, Salesforce attempted to force participants to sign a non-disclosure agreement, which threatened us with legal action if we ever spoke publicly about what was discussed. We had initially agreed to keep the meeting informally “off the record,” but the NDA was unreasonably broad. We proposed an addendum which asked them to clarify what specifically would need to be confidential, but they refused. Many of the participants of the meeting come from immigrant communities directly affected by Salesforce’s contract, and it was unreasonable to ask them to assume the risk of being sued by a large corporation for speaking their truth

In the end, representatives from affected communities were able to meet with Salesforce and share their stories. But Marc Benioff’s comments made it clear to the world that he never intends to stop helping the government violate human rights. In an interview on MSNBC, he brushed off concerns raised by his own employees and communities directly affected by his company’s contract with U.S. Border Patrol and said it was “absolutely the right choice” to keep the contract. At the same time, Benioff tried to distance himself from executives who he says are “100 percent responsible for the disasters that they’re creating, not just for their brand but in society itself.”

Salesforce has said that they’ve met with employees, organizations, and other stakeholders about this issue. But our experience with Salesforce in the leadup to this meeting made it clear that they are not interested in meaningfully engaging on this issue or acting with transparency and integrity.

We’ve seen how Border Patrol ruins communities, tears families apart, and puts fear into people who are just trying to live a safe life. Salesforce would rather have secret conversations on this issue, and has so far refused to take responsibility for providing the technological foundation for human rights violations. With both current and future tech workers rising up and calling out unethical uses of technology, the outcry over this contract with Border Patrol, and other similar contracts, are far from over. Salesforce and any other tech company cannot simply create offices on diversity or the humane use of technology, they cannot claim to have a process for open conversations, nor can they donate to advocacy groups and think that organizers are going to back down. Until Salesforce cancels the contract with Border Patrol, they are directly responsible for human rights violations like the unreasonable use of force we saw at the border last week. We’ll continue to make sure that everyone knows what this company truly stands for.

Fight for the Future is dedicated to protecting and expanding the Internet’s transformative power in our lives by creating civic campaigns that are engaging for millions of people. Alongside internet users everywhere we beat back attempts to limit our basic rights and freedoms, and empower people to demand technology (and policy) that serves their interests. Activating the internet for the public good can only lead to a more vibrant and awesome world.