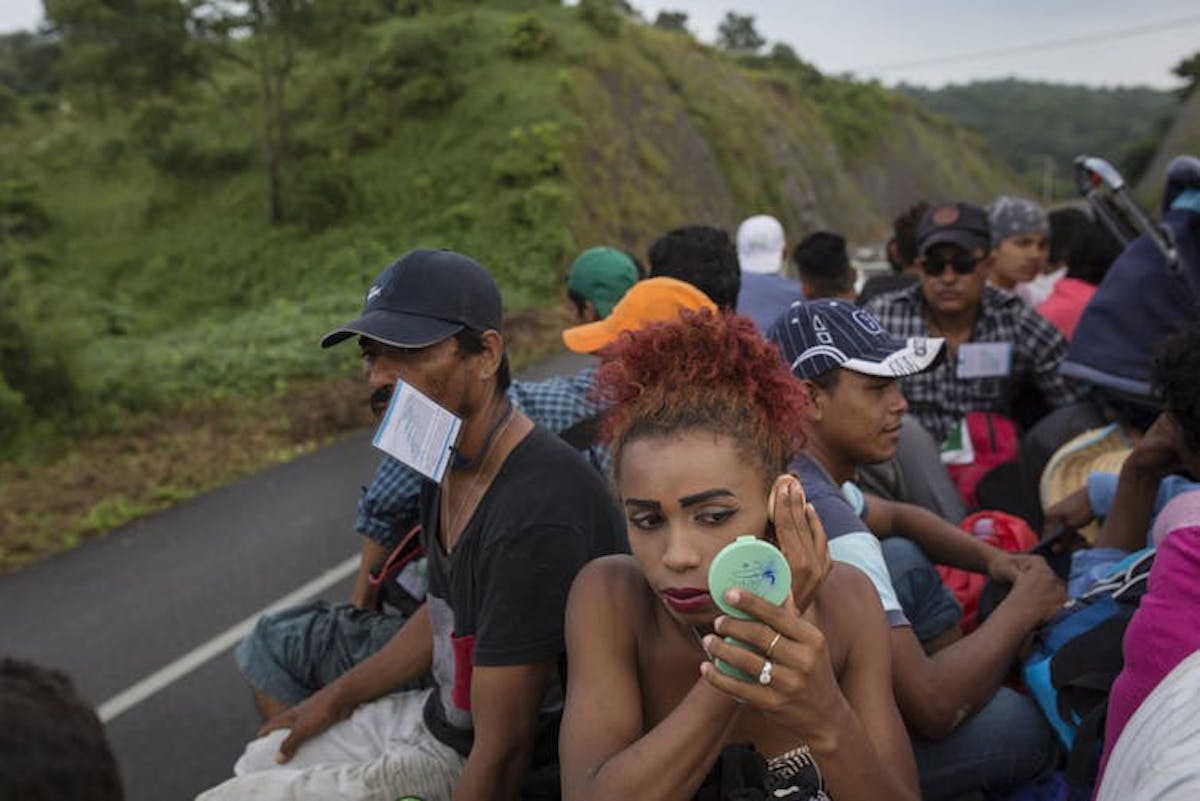 Among the more than 7,000 people who are part of the migrant caravan —a group of Central American refugees fleeing extreme violence in their home countries— a smaller group of about 80 LGBTQ individuals has broken off from the larger group. These individuals decided to travel separately, in part, due to discrimination they faced from fellow travelers.

They will face a unique set of challenges when they arrive at the U.S. border.

LGBTQ asylum-seekers coming to the U.S. face a dramatically higher risk of violence due to homophobia and transphobia, particularly in immigration detention facilities, where they will likely be sent upon their arrival. A 2013 study by the Government Accountability Office found that transgender detainees account for 1 of every 5 confirmed sexual assaults in ICE custody, even though only 1 out of 500 detainees is trans.

My own research has focused on another hurdle LGBTQ people face when seeking asylum: proving their gender or sexual identity.

Asylum law in the United States allows individuals to seek asylum due to persecution or well-founded fear of future persecution on account of race, religion, nationality, political opinion or membership in a particular social group.

Historically, LGBTQ people were deemed “psychopathic personalities” and statutorily barred from entering the country. It was only 1990 when that law was finally repealed and the Board of Immigration Appeals first declared LGBTQ people eligible for asylum as members of a “particular social group.”

However, in order to qualify under a “particular social group,” you must prove your membership in that group. For LGBTQ people, this means they must prove to a judge or asylum officer that they really are LGBTQ.

So how exactly does someone prove this?

This is precisely the question I have sought to answer in my research.

Gay Enough for the Courts? 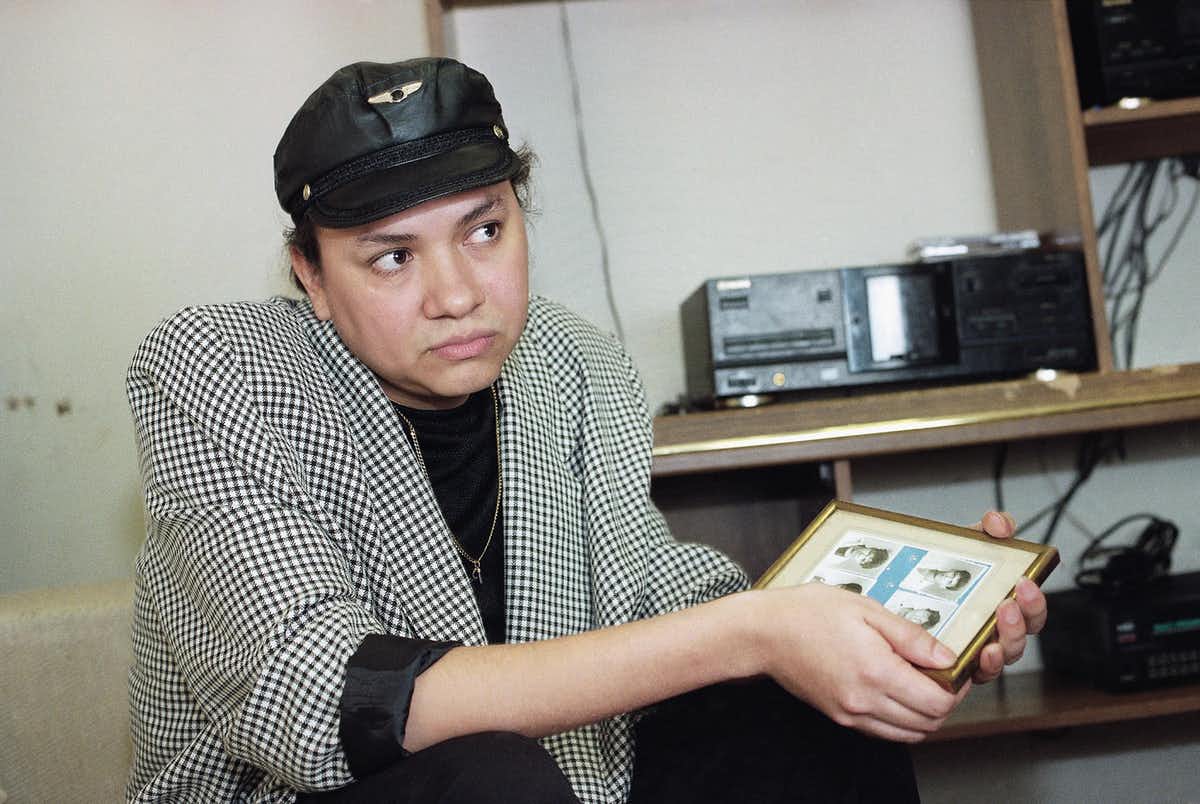 José Cruz, a gay man from El Salvador, sits on a bed in his apartment, October 25, 1996, in Hempstead, New York. He was granted asylum in the United States based on his sexual orientation. (AP Photo/Rick Maiman)

Throughout the 1990s and into the early 2000s, courts often used gendered stereotypes —the effeminate gay man or the butch lesbian— to determine a person’s sexuality in LGBTQ asylum claims. As one immigration judge declared, “Neither [his] dress, nor his mannerisms, nor his style of speech give any indication that he is a homosexual.”

My research suggests that the use of such stereotypes to discredit claimants has decreased substantially in recent years, especially since the Obama administration added new training for new asylum officers on LGBTQ claims. The training directs decision-makers to account for how the asylum-seeker identifies themselves and does not require bodily proof of transgender status, as many other areas of law do.

Questions about claimants’ sexual practices have been used in the past to discern sexuality in asylum claims. Sometimes such questions still find their way into asylum hearings, but appellate courts now routinely strike down decisions that explicitly use sex acts to categorize claimants. U.S. Citizenship and Immigration Services guidelines even state that, “The applicant’s specific sexual practices are not relevant to the claim for asylum or refugee status. Therefore, asking questions about ‘what he or she does in bed’ is never appropriate.”

Instead of relying on stereotypes and sex acts, judges today generally respond positively to stories about how claimants came to realize they were LGBTQ or “different” as proof of their sexual or gender identity. The lawyers I observed typically guided their clients through a series of questions meant to elicit a “coming out” story, of sorts.

While I would argue that these changes indicate improvement in the asylum process for LGBTQ people, challenges remain.

In the same way that sexual and gender expressions vary across cultures —and even within cultures— identity development also varies across cultural contexts.

This means that not everyone will have a neat, linear story to tell about how they came to a particular gender or sexual identity. Those who do not may find that courts are less likely to find their claims credible.

During my fieldwork, I witnessed a gay claimant from rural Ghana struggle to make his claim comprehensible to an immigration judge because his sense of time was different than our own culturally specific understanding of linear progress. For instance, he did not know precisely when his birthday was or how old he was because his tribe did not celebrate yearly birthdays. This caused a string of misunderstandings between the claimant and the judge.

The legal archive is also peppered with claims by trans folks who are told by judges that they should have “come out” publicly and to the court earlier in the process because information about their gender identity was “always” available. However, transitioning – the process of changing one’s gender presentation and sometimes one’s body to be in line with one’s internal gender identity – isn’t always so simple.

Without access to appropriate care, it may not be possible for some individuals to transition the way, and with the speed, they wish. For others, social stigma may mean they live part of their lives as the gender they were assigned at birth for safety, even when that doesn’t match their sense of self. Still others may identify as gender non-conforming in ways that don’t fit the stories about trans people we are used to hearing. Sometimes, cultures do not even clearly distinguish between gay and trans people.

For example, several Latinx asylum-seekers I encountered during my research initially understood themselves as gay, even though by U.S. standards we would likely consider them transgender. Only after becoming immersed in U.S. culture did they eventually come to a trans identity, sometimes well after their asylum claim was complete. But if that transition were to happen while their claim was being decided, they run the risk of courts finding them not credible.

These issues point not only to the ways that the asylum process creates barriers for LGBTQ refugees and defines gender and sexuality in specific ways. They also speak to the way these decisions reflect and shape broader cultural notions of citizenship. Examining these current border skirmishes through the experiences of LGBTQ asylum-seekers helps clarify how gender and sexuality continue to structure our understanding of national belonging and individual worth.