The Era of Cultural Accelerators

“the elegant self-assurance of inherited wealth” –Pierre Bourdieu
“Knowing hurts.” –Gloria Anzaldúa
“Only Art can save us.” –Tony Diaz 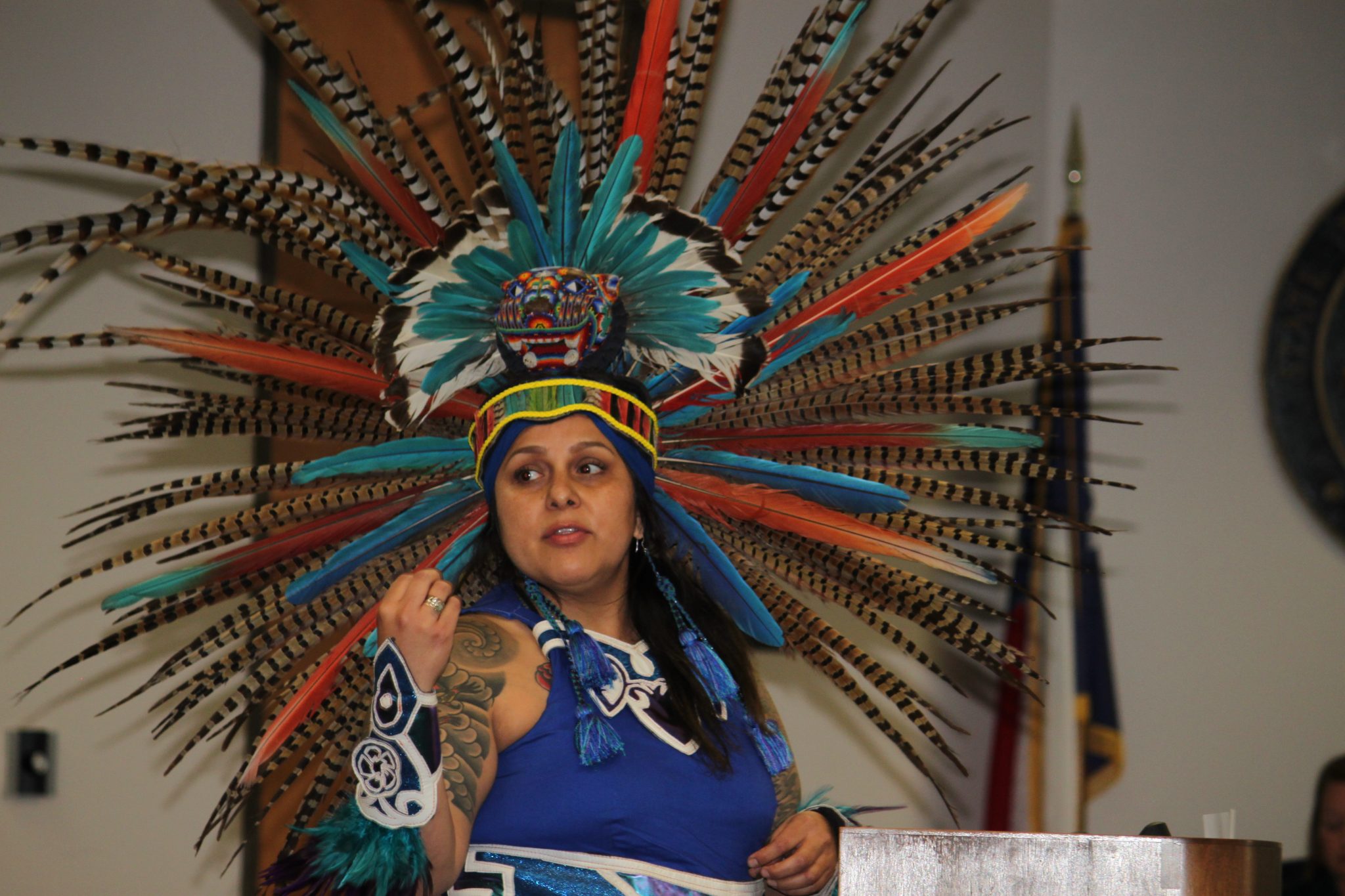 Laura Rios Ramirez, one of the MAS supporters who spoke at the SBOE in Austin on April 11, 2018. (Photo by Christine Bolaños)

“It’s clear to me that our intellectual advancement is a threat to some people, because they tried to make it illegal.” (via The Atlantic)

If moving stairs are escalators, then elevators are accelerators.

And there we were, Summer 2017, taking a metaphor to the 3rd floor of the Arizona Supreme Court in Tucson, the Librotraficantes were on board with civil rights lawyer Richard Martinez and the legal team he assembled to overturn Arizona’s ban of Mexican American Studies.

Closest to the buttons for the floors stood Stephen Weiss, a partner at Weil, Gotshal & Manges, LLP, who had taken on the case pro bono (as in free). It took millions of dollars in legal fees to fight the case.

I was nervous. The fate of freedom of speech was at stake, and it was friggin’ hot like only a Tucson summer can be.

Stephen was not even breaking a sweat.

Of course, it’s hard to stay nervous with Richard Martinez around. He’s this tall, Chicano who is always joking in English, Spanish, and Spanglish, and he has this huge laugh that makes you forget he’s earned his massive, white mop of hair from battling dragons in the belly of the beast.  His name will go down in history long after the name of his far-right nemeses have been voted out of office.

My heart was racing because we could lose.

This could be the most glorious moment in our community’s history when we defend freedom of speech, intellectual freedom for the entire nation.

We sure as hell were not going to tolerate that. I would quit my job, we would organize Librotraficante Caravans in every state, every month, chain ourselves to school board seats like the students of Tucson did at TUSD meetings, hunger strikes like César did, walk outs like Sal did. 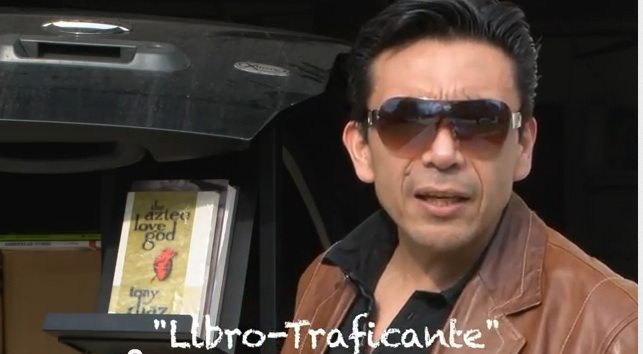 History can be cruel. Our people have suffered. Democracy is fragile.

I told Stephen, “My heart is racing. I feel as if I’m about to watch Brown vs. Board of Education.”

Stephen said, “Be careful with that. Brown vs. Board of Education took over fourteen years to fight right.”

That made me think of Brown Not White by Dr. Guadalupe San Miguel.

Brown vs. Board of Education took place in the 50’s, but even into the 70’s, Houston was grappling with the issue of segregation, as documented by Dr. San Miguel’s book. Officials called Mexican and Mexican American students White in order to trick the government into believing Houston schools were complying with segregation laws. In fact, as the book chronicles, the poorest students from Mexican American communities were put into schools with the poorest black students to create the poorest school districts. Of course, that was not the intent of the law.

However, this time we were destined to win, and Arizona’s ban of Mexican American Studies would be overturned later that year.

I got to see with my very eyes the advent of the enforcement of the banning of Mexican American Studies in Arizona in 2012 to the court room drama that overturned it in 2017.

We are a generation of Cultural Accelerators.

Just in that elevator rode millions of dollars’ worth of intellectual legal capital.

And we mounted publicity campaigns for our community that Madison Avenue might match only with a budget of tens of millions of dollars. And across the Southwest, all of Aztlán, all of the U.S., allies and community, united from the classroom to the boardroom to the courtroom, we had unleashed the era of Cultural Accelerators.

Cultural Capital transforms us to many things like standing up for our rights, voting, writing.

Arizona’s ban of Mexican American Studies was intended to debilitate our community.

If it had happened just a decade, or a generation or two earlier, it would have.

We would be fighting bans of our history in culture in several states, instead of uniting attention and forces on one. 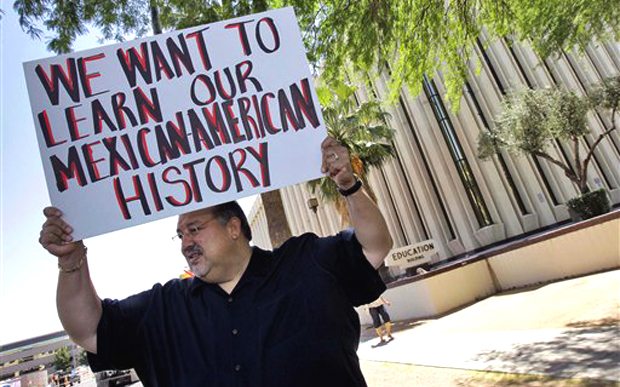 Of course, make no mistake—damage was done.

The TUSD MAS curriculum should have been extolled. Instead, it was dismantled and the teachers who engendered it were maligned, sued, or fired. Many students were not exposed to MAS during the ban. And worse, TUSD has yet to re-instate the original curriculum.

TUSD officials claim they do have culturally relevant courses, but they should implement the same curriculum that that courts proved advanced the intellectual progress of students.

I tell you that to clarify that History is cruel.

But I also bring it up to emphasize how strong our community is.

We don’t hear enough about that.

We are Cultural Accelerators. This is our era. We must quantify, cultivate, and accelerate our community’s cultural capital.

Today, when our community is told we do not count, I can write, post, and email this essay. I will talk about it on the NP Radio show at 100,000 watts in the America’s fourth’s largest city. We are making history on our terms. Our radio broadcasts are archived at the University of Houston Digital Archives. The radio broadcast will be saved to a podcast then shared through social media. I will talk about this essay on commercial TV. I will teach this to my Mexican American Literature courses. I will donate a hard copy version of this to the Houston Public Library, which houses our hard copy history in its Hispanic Collections.

I am a cultural accelerator. I am blessed because my instinct has always been to stay connected to my community. At first, I thought that meant only my family. However, I realized as early as high school that if I was going to navigate the halls of education, I was going to need my community’s support.

I have lived the power of writing.

I am blessed to have seen my theories about the power of writing come to pass.

I am blessed to get to articulate for my community how this works.

Only art can save us. I have lived this through my own eyes. And now, I will write a testament to that for our community.

Right now, I want to enjoy the intellectual adrenaline of imposing our will on the universe and changing the world.