The Challenge of Parenting in a Migrant Caravan 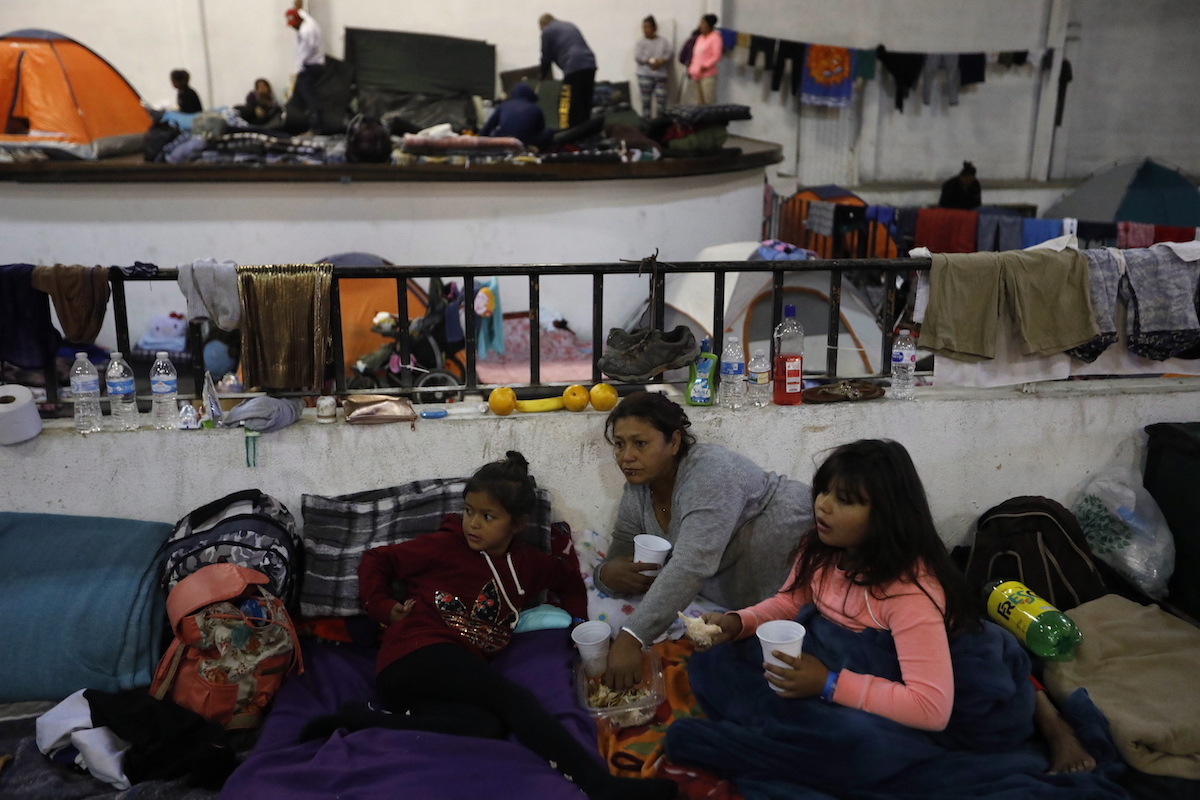 A family begins its day inside a former concert venue serving as a shelter, in Tijuana, Mexico, Sunday, December 2, 2018. (AP Photo/Rebecca Blackwell)

The infamous migrant “caravan” comprised approximately 5,000 to 6,000 people from Central America when it finally concluded its slow six-week crawl to Tijuana, the Mexican border city just south of California.

At one point the caravan increased to 7,000 people, but many of them succumbed to exhaustion, sleep and sickness along the way and chose to stay behind in Mexican towns. Others turned back to their country of origin.

The hardest hit by these events are undoubtedly the children, unaware of the magnitude of their journey and unable to keep up with its physical requirements.

The photographs taken by journalists following the caravan have highlighted the plight of child migrants and their parents. The impact of the journey on migrant parent-child relationships has been less discussed.

As a clinical psychologist, my practice and research has demonstrated that refugee parents, such as these migrants, often exhibit symptoms of depression, anxiety and post-traumatic stress disorder (PTSD) that have profound effects on parenting.

Their emotionally distraught state can sometimes lead to overprotectiveness, harshness in parenting and even reversal of parent-child roles. Children in these circumstances are more likely to suffer from mental health problems.

The caravan formed in San Pedro Sula, Honduras, on October 13, nearly seven weeks ago. The 500 migrants who have been in the caravan from the beginning have marched a total of 4,000 blistering km on their way to Tijuana.

Along the way, migrants have suffered from fevers, eye infections, lice infestations, respiratory infections and dehydration. 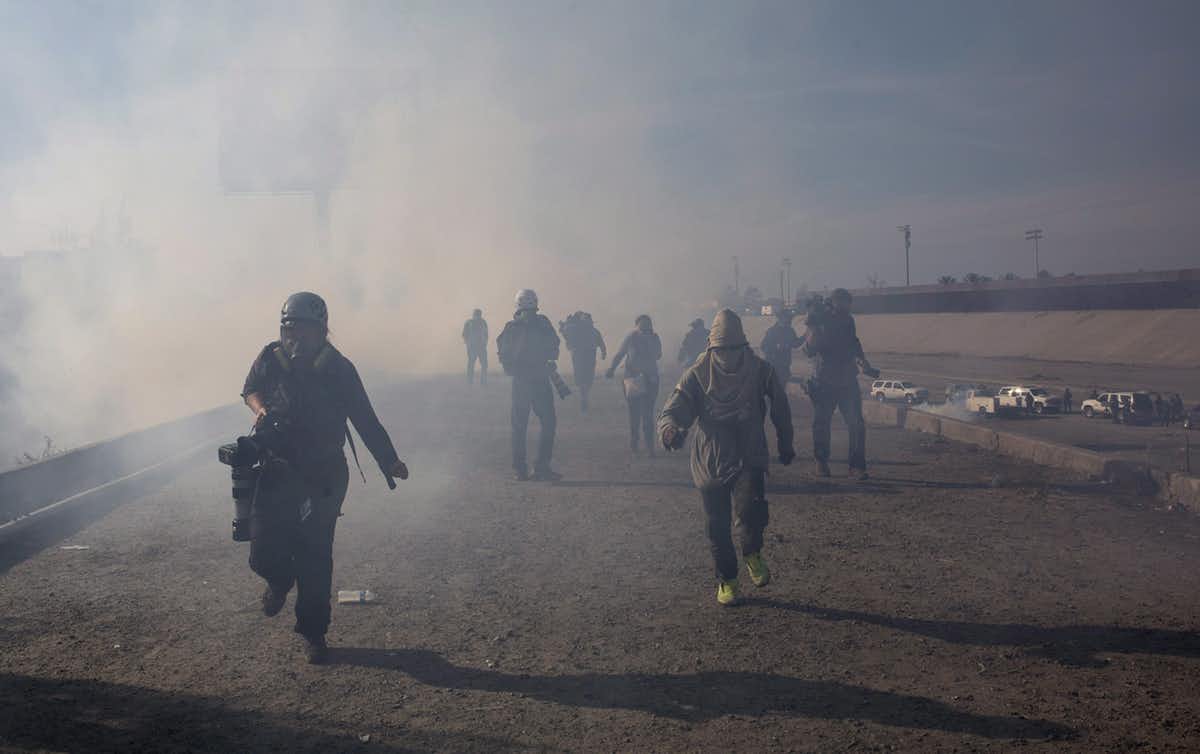 Migrants run from tear gas launched by U.S. agents, amid photojournalists covering the Mexico-U.S. border, after a group of migrants got past Mexican police at the Chaparral crossing in Tijuana, Mexico, November 25, 2018. (AP Photo/Rodrigo Abd)

As the city of Tijuana tries to accommodate thousands of migrants in temporary shelters, the crowded and unhygienic conditions only escalate health concerns. Children are more susceptible to diseases and tire out quicker, making this journey especially arduous for them.

This adds to the list of concerns their parents already have. The batons and tear gas that these migrants have faced at the United States border further adds to the stress of relocation.

The signs of the migrants’ financial strife are evident. Migrant families have relied heavily on the generosity of strangers for food, shelter and transportation in the towns they have passed through. There is also the fact that people simply do not walk 4,000 km if they can travel the same distance in any other vehicle. In some cases, families have resorted to begging along the way for passage.

Financial stress tends to increase the likelihood of marital discord, which leads to criticism and anger between spouses.

Over time the strain on a marital relationship often spills over onto the parent-child relationship, leading to a marked reduction in nurturance, responsiveness to needs and consistency in parenting.

This can contribute to socio-emotional problems in children, such as low self-esteem, depression, drug use and other health problems.

Due to widespread gang violence, El Salvador has the highest homicide rate in the world, followed in second place by Honduras, with Guatemala not too far behind.

Migrant families have reported fleeing their hometowns due to threats against their lives, or the lives of family members, if they did not join the local gang. Often, gangs also extort cuts of people’s already meagre livelihoods and threaten others with physical and sexual assault. 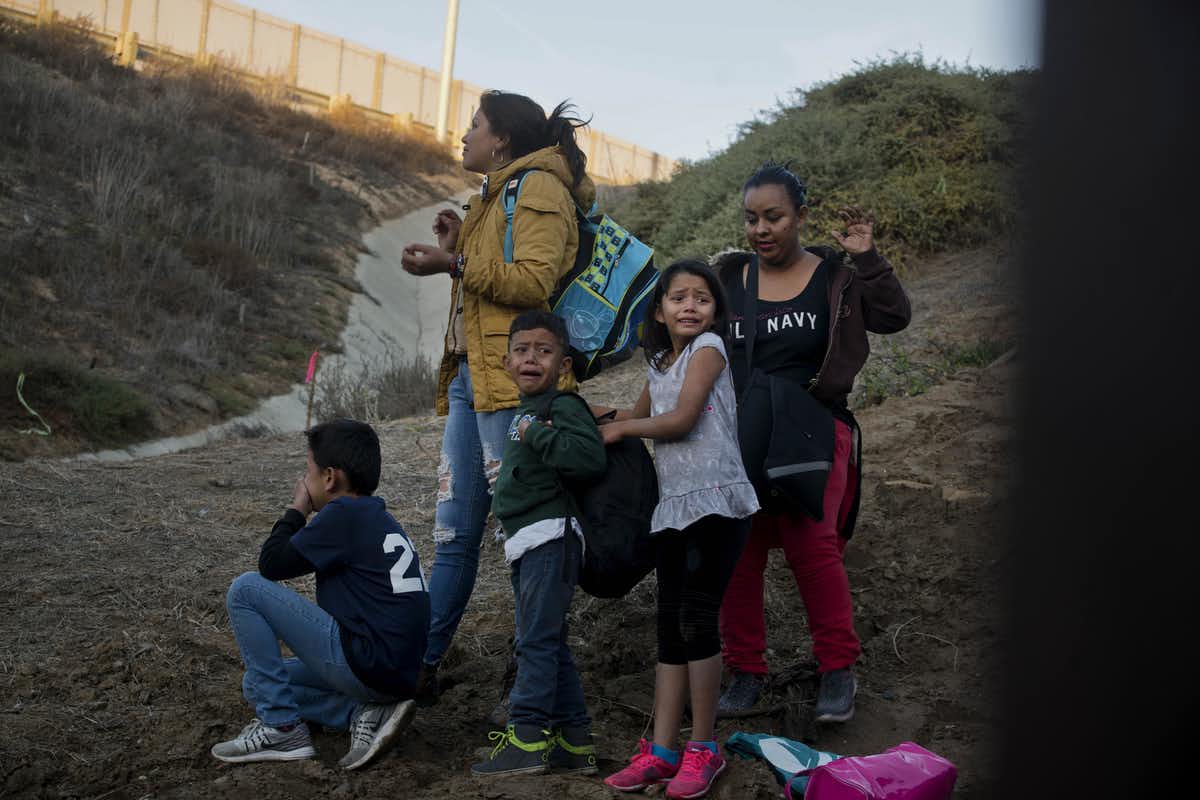 A family reacts as it surrenders to the U.S. Border Patrol after crossing the border wall in to the U.S., December 2, 2018. (AP Photo/Ramon Espinosa)

Other fallouts include dissociation (feeling cut off from reality) and lower understanding of and tolerance towards their child’s psychological distress.

Need for Social and Emotional Support

Today in Tijuana, some asylum-seeking families await to be processed by authorities while others begin to settle into life in Mexico. Their parent-child relationships will be further tested and strained under the pressure of acculturation and other post-migration stressors.

This underlines the need for social and emotional support at the end of this journey, as well as efforts to help them rehabilitate into safer areas.

Childhood is already a delicate time for growth and development, even when good enough parenting and a stable, nurturing environment is available. A grueling move to a strange and potentially hostile country obviously feels necessary for these migrant families—or they wouldn’t be on the move.

Given the life they are fleeing, an uncertain future in an idealized country eclipses certain desolation and death in their homelands.

Syeda Javeria Hasan, an undergraduate student in biomedical sciences and psychology at the University of Waterloo, co-authored this analysis.