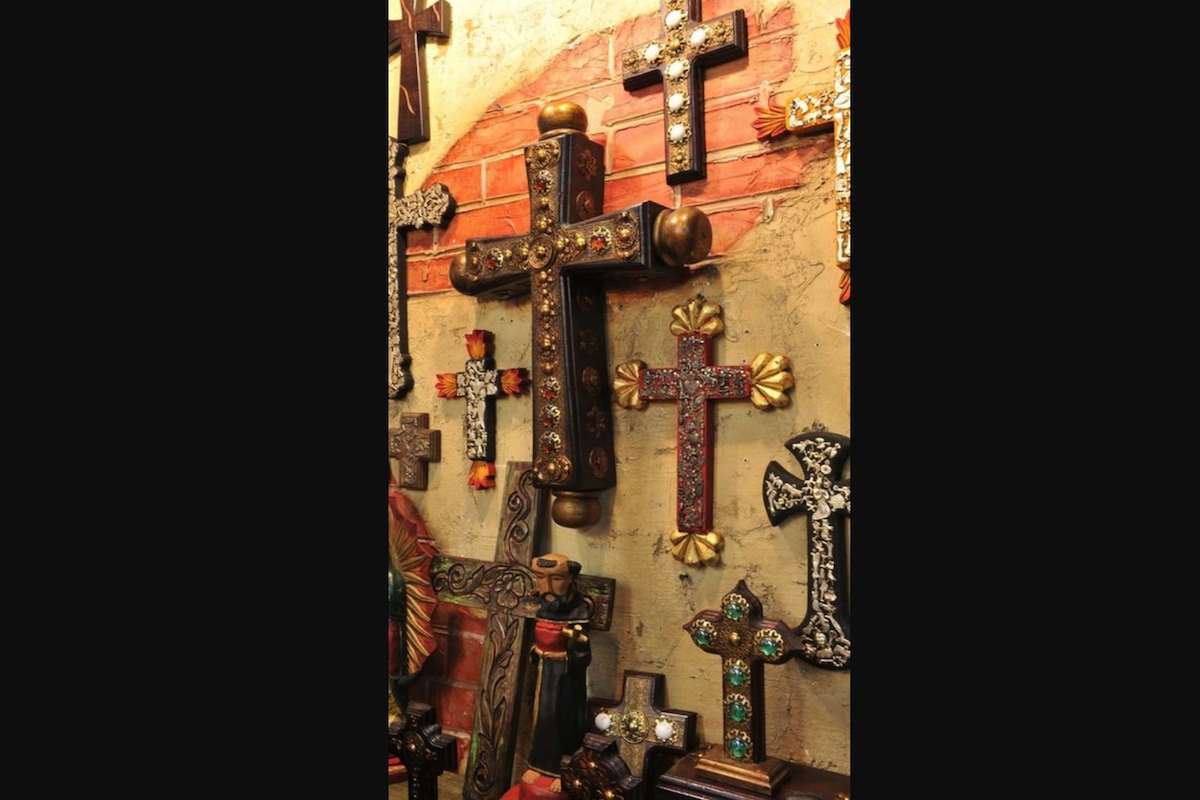 Our apartment in Queens, New York, was adorned by at least 10 rosaries, five portraits of the Virgin Mary and seven crosses. This doesn’t include the mini-figures of saints my mom had gathered since she was probably a little girl.

There is a story behind each one, a special uncle, a miracle child, a stranger who saved our lives coming to the U.S., a revealing dream, or a sign that my grandmother was watching over us from heaven. I know them all.

Growing up with a religious mother who says “Primero Dios” in every verb in the future tense is a miracle of its own, especially if you were the kind of teenager who enjoyed heavy metal music, tattoos and black clothing. Although that was an experimental stage for me, my mother managed to bring liters of holy water to shower me so that I didn’t sell my soul to the devil.

My mom raised me alone. We came to the U.S. when I was 12 years old. She worked three jobs to pay for rent and food. Every single day she would say, “Que había que encomendarse a Dios.” She reminded me constantly that we were only alive because God had kept us safe. I guess my way of surviving the journey to the United States was to forget how incredibly long and painful it was to make it here. I put those months in a box and locked it. I pretended it never happened. To me it was buried.

Five years ago, my mother was diagnosed with breast cancer. During one of her chemo sessions, when hair starts detaching from the scalp and vomiting becomes a routine, she told me that her life had been nothing but a miracle. I dared asking her why she kept on saying that. I wished I hadn’t said anything.

She began with “Do you remember when…” questions that opened that box I had locked long time ago. The memories were unburied. My mom and I faced violence and death as if they were our extended family. I guess I hadn’t reacted to them because I was had the privilege of only worrying about my own physical pain. She explained that her faith wasn’t blind but it was the only light she had left inside her like a lifeline. How dare I question that. It was her need to be grateful although it seemed like there was nothing to be grateful for.

She got better for a bit but she died two years ago. I was her only son so I had to deal with everything that was inside her apartment. I faced the collection of religious reliquia, as it stared at me demanding the same devotion she had for it. I packed everything in a box trying to figure out what to do with it. There was something in me that wanted to throw it all out in the garbage or donate it somewhere. It also occurred to me to drop it off at a church. As I was dusting one of the largest images of Christ in the cross, I came a cross a note underneath it. It was my mother’s handwriting.

My mom only made it to grade 5 in El Salvador and I never saw her reading or writing. The note had a list of miracles in her life. My name was at the top of the list. As I reread her annotations, I couldn’t figure out how on earth we managed to stay alive.

I never really understood or felt my mother’s devotion. I don’t go to church nor belong to any religious group. What that note made me feel though was a sense of gratitude that filled me with peace. Maybe that was the miracle she would have loved to hear about when she was alive. Now that I’m raising two kids I am teaching them about her grandmother’s legacy to us: the gift of gratitude.