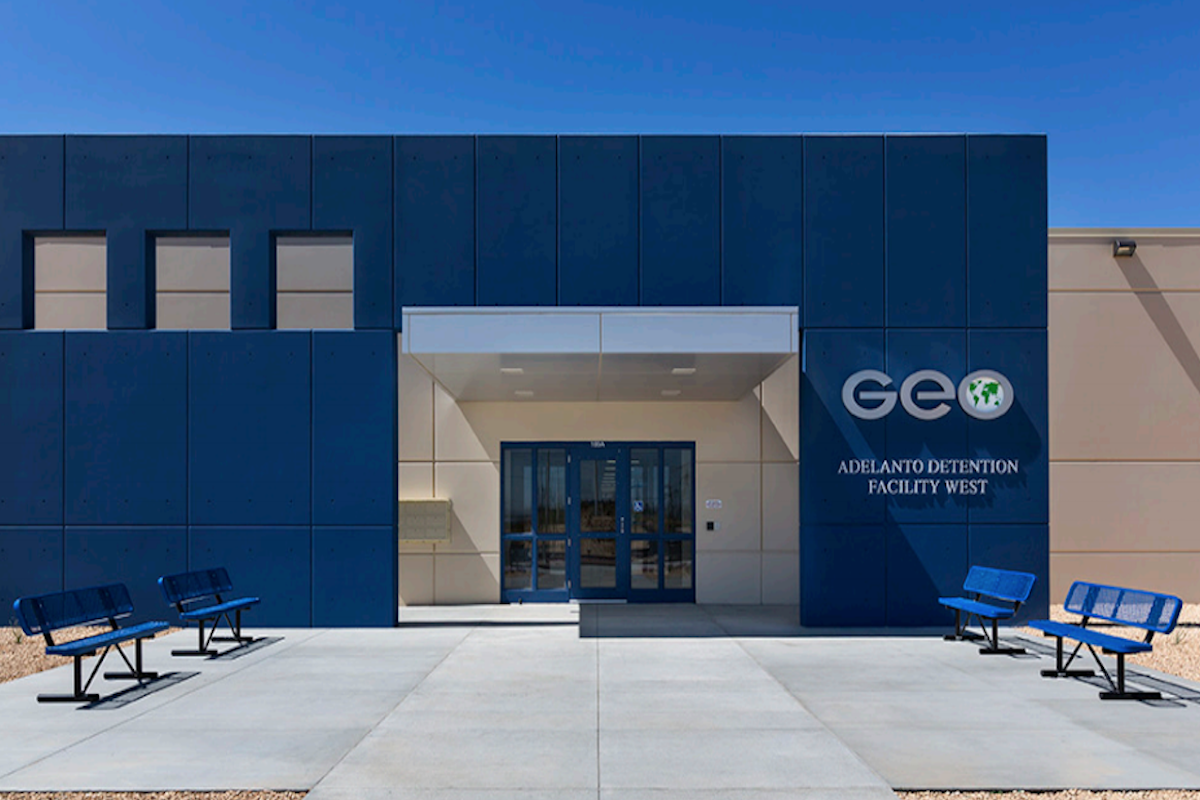 The following media release was shared Monday by the ACLU of Southern California:

RIVERSIDE, CA — For immigrants facing deportation, assistance from attorneys can make a profound difference in the outcome of their cases—immigrants with lawyers have an overwhelmingly better chance of being able to stay in the U.S. For asylum seekers, it can be a matter of life or death.

But at Immigration and Customs Enforcement (ICE) detention centers in Southern California, officials make it nearly impossible for many detainees to contact and consult with attorneys. That violates not only the Immigration and Nationality Act, but also the First and Fifth Amendments to the Constitution.

“The Constitution guarantees immigrants the right to meaningfully communicate with their attorneys, said Jennifer Stark, clinical supervising attorney with the Stanford Immigrants’ Rights Clinic. The complaint was drafted and researched by clinic students, including Gracie Chang, Annie Shi, and Josh Walden.

The suit, filed in U.S. District Court in Riverside, was brought on behalf of individual detainees and two prominent, non-profit legal organizations —the American Immigration Lawyers Association and the Immigrant Defenders Law Center— that provide legal services to detainees.

At the immigration centers named in the suit —the Theo Lacy and James A. Musick facilities in Orange County operated by the Orange County Sheriff, and the Adelanto ICE Processing Center in San Bernardino County operated by Geo— officials make it nearly impossible for many detainees to communicate with attorneys and collect documentation necessary to pursue their claims.

“Legal representation is fundamental to ensuring due process for immigrants facing removal, but when our detained clients can’t effectively communicate with us, our abilities to be effective advocates are compromised,” said Meeth Soni, co-legal director at the Immigrant Defenders Law Center.

Telephone access —often detainees’ main conduit to the outside world— is severely restricted, non-confidential, and expensive to the point that many detainees have had no opportunity to contact organizations or private attorneys for legal help. To make matters worse, the phone systems won’t allow detainees to leave recorded messages or navigate an automated menu to reach a live individual—it cuts them off if the call is not answered by a live person.

If a detainee succeeds in getting assistance from a lawyer, face-to-face meetings necessary to build a case are limited to the point of being nearly useless. The suit charges that the detainee facilities have very few or no private consultation rooms. In many cases, detainees and lawyers are forced to meet where their conversations can be easily overheard.

“The U.S. government has placed arbitrary barriers between immigrant detainees and their lawyers which must be eliminated if justice is to be served,” said Ben Johnson, executive director of the American Immigration Lawyers Association.

The individual plaintiffs named in the suit include Desmond Tenghe, who is seeking asylum in the U.S. Tenghe earns $1 a day working at the Adelanto facility—hardly enough for the paid phone calls he needs to make to not only seek legal representation but also get documents needed for his case. Tenghe has submitted several requests for free calls, but ICE and Geo has never provided them.

Another plaintiff, Jason Nsinano, has been detained for over three years, initially in Adelanto and currently in Theo Lacy. Nsinano has been kept in his cell in protective custody where he has no access to a telephone for about 22 hours a day. His scarce access to telephones usually falls outside of business hours, leaving him unable to make legal calls. The phone system also prevents him from calling human rights organizations, impeding his efforts to obtain critical information relating to his asylum case.

“Every day, hundreds of immigrants like Mr. Tenghe and Mr. Nsisano are denied access to critically needed legal assistance, in violation of their constitutional rights,” said Michael Kaufman, the Sullivan & Cromwell Access to Justice senior staff attorney at the ACLU Foundation of Southern California.

Read the lawsuit below: