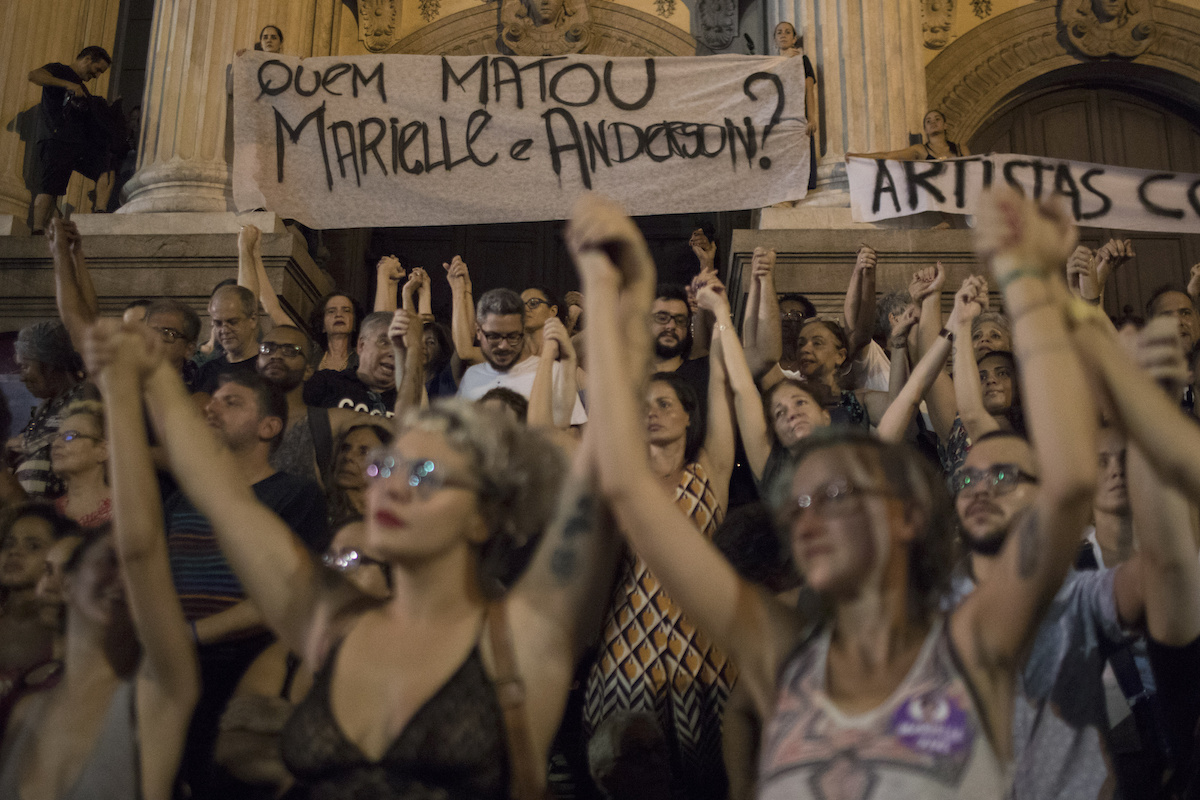 In this March 20, 2018 file photo, people hold hands in front of a banner with a question that reads in Portuguese “Who killed Marielle and Anderson?” during a protest demanding justice for their deaths, in Rio de Janeiro, Brazil. Brazilian police served on Thursday, Dec. 13, 2018, several arrest, search and seizure warrants in connection with the murder of the councilwoman and her driver nine months ago. (AP Photo/Leo Correa, File)

RIO DE JANEIRO (AP) — Rio de Janeiro’s public security secretary says that the assassination of a city councilwoman in March was committed by militia members who saw her as a threat to their attempts to take over lands in the western part of the city.

Gen. Richard Nunes made the comments about the case of Councilwoman Marielle Franco in an interview published Friday in newspaper Estadao. He did not name any suspects.

Militias are criminal organizations, often comprised of corrupt police, which establish themselves in poor Brazilian communities lacking a strong government presence. They derive much of their income from extorting rent and protection money in the areas they control.

Franco and her driver were shot and killed in downtown Rio exactly nine months ago.