US Pledges $10.6B Aid for Central America, Southern Mexico 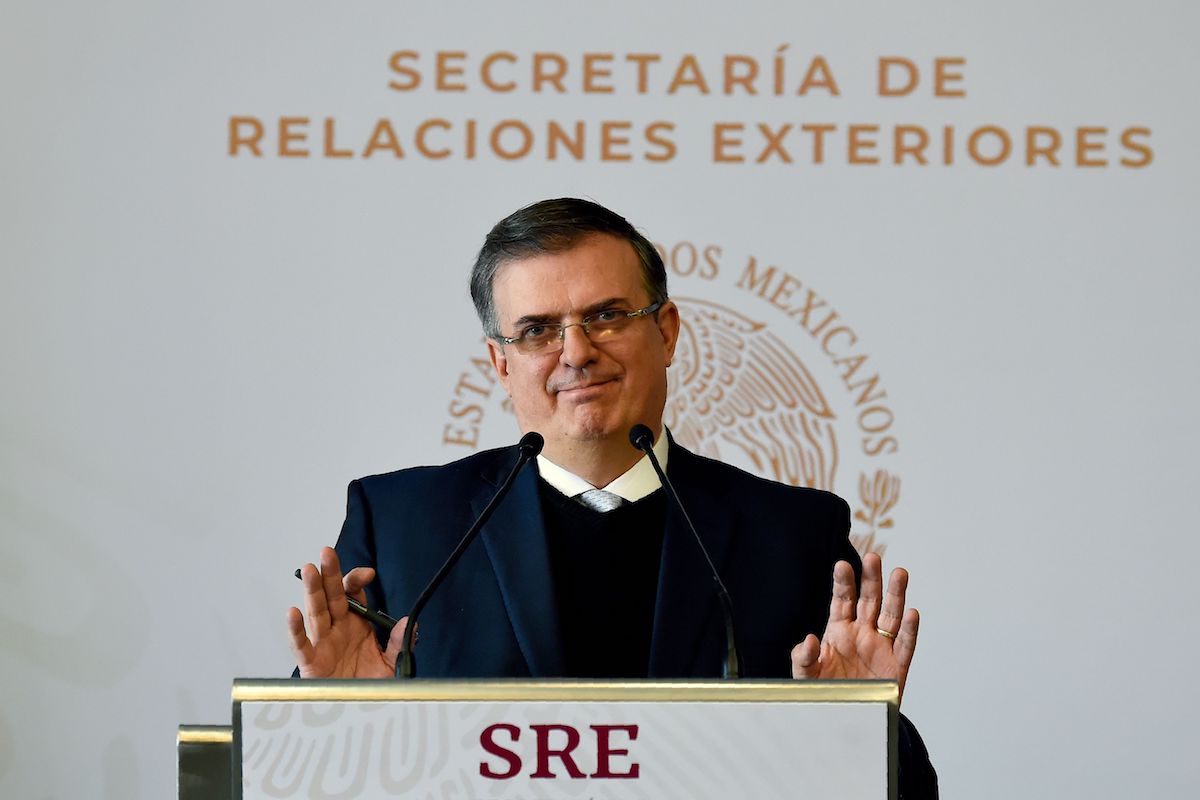 Mexican Foreign Minister Marcelo Ebrard presents the investment plan between Mexico and the United States at the foreign ministry in Mexico City on December 18, 2018. (Photo by ALFREDO ESTRELLA/AFP/Getty Images)

MEXICO CITY (AP) — The United States pledged $5.8 billion in aid and investment Tuesday for strengthening government and economic development in Central America, and another $4.8 billion in development aid for southern Mexico.

The U.S aid aims to promote better security conditions and job opportunities as part of a regional plan to allow Central Americans and Mexicans to remain in their countries and not have to emigrate.

The plan was announced in a joint U.S.-Mexican statement released by the State Department and read aloud by Mexican Foreign Relations Secretary Marcelo Ebrard in the Mexican capital.

“In sum, I think this is good news, very good news for Mexico,” Ebrard said.

“I have a dream that I want to see become a reality… that nobody will want to go work in the United States anymore,” López Obrador said at a morning news conference before the announcement.

The U.S. State Department issued a simultaneous statement saying, “The United States is committing $5.8 billion through public and private investment to promote institutional reforms and development in the Northern Triangle,” a term that refers to Honduras, Guatemala and El Salvador.

López Obrador’s administration has said it is also interested in agricultural, forestry and tourism projects in southern Mexico, and the U.S. said it will contribute to those efforts. The U.S. Overseas Private Investment Corporation “is prepared to invest and mobilize $2 billion in additional funds for projects in southern Mexico that are viable and attract private sector investment,” according to the statement. “This amount is in addition to the $2.8 billion in projects for Mexico through OPIC’s current investment pipeline.”

Southern states like Chiapas and Oaxaca are home to many of Mexico’s poorest communities. López Obrador, who took office December 1, has sought to make development in that region a priority, including plans for a “Mayan train” stretching from touristy parts of the Yucatan Peninsula down to Chiapas.

It was unclear if Mexico would give anything in return. A planned announcement about Mexico’s migration policy was postponed until Wednesday.

Ebrard had previously suggested that about $25 billion in U.S. investment would be an appropriate figure for what Mexicans and Central Americans have dubbed “The Alliance for Prosperity” in the region.