Not Messing Around: Sheriff Will ‘Physically Remove’ ICE From County Jails 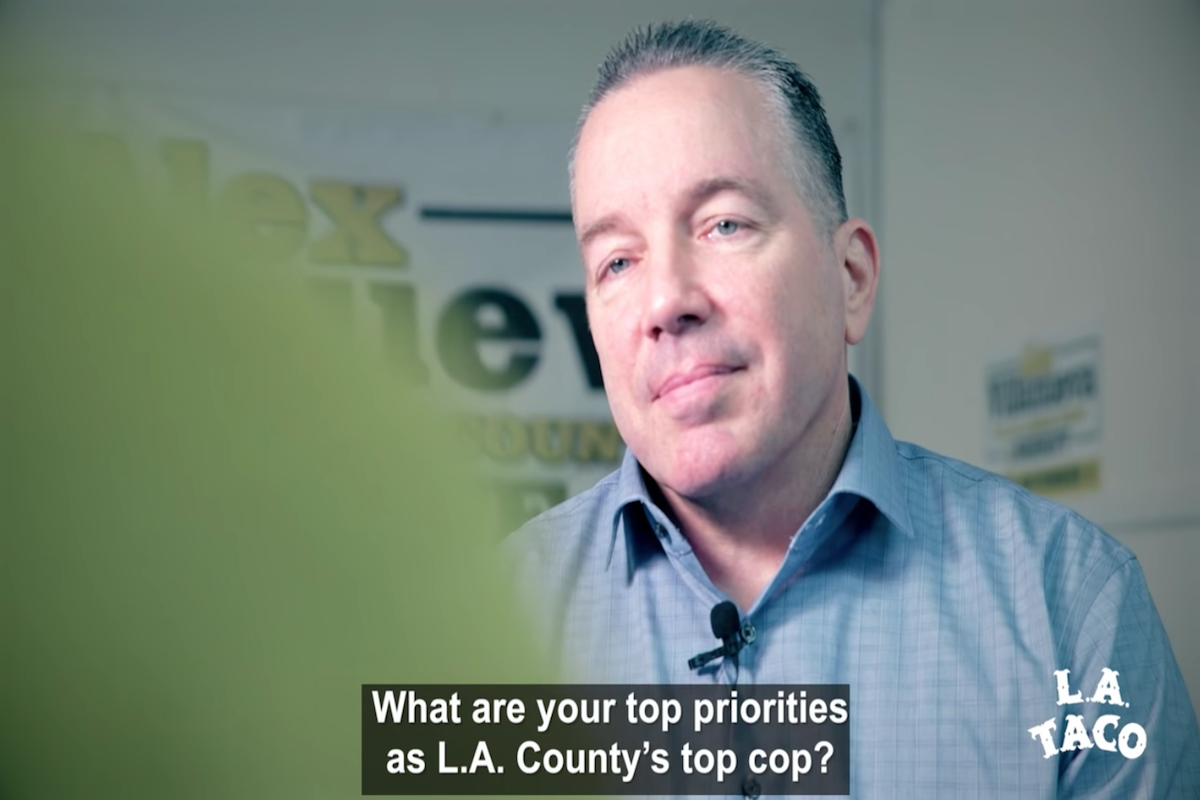 The new L.A. sheriff is not messing around.

On Tuesday, Los Angeles County’s recently sworn-in sheriff Alex Villanueva told the L.A. County supervisors at a public forum that his department would “physically remove” Immigration and Customs Enforcement from L.A. jails. The Los Angeles County jail system is the largest in the United States.

“We are going to physically remove ICE from the county jails,” Villanueva said at the Truth Act Community Forum, according to a report by NBC 4 News. People booed and also applauded, the report says.

Villanueva left before elaborating. The former retired deputy also said his department will drastically reduce the list of offenses that are automatically reported to immigration authorities.

L.A. TACO is a platform for the city of Los Angeles. We are a source of news and information related to food, culture, and community for the metropolitan area. We are independently owned and operated, by and for L.A., which means we really love this city! We aim to reach readers, journalists, artists, and partners who love Los Angeles, too. Follow us at @LATaco.

Appreciate this story? Support local journalism in Los Angeles and become a Member of L.A. TACO! For as little as five dollars a month —two tacos, plus tax!— you can join the Taco family and get super cool perks, merch, and giveaways. Join Now.