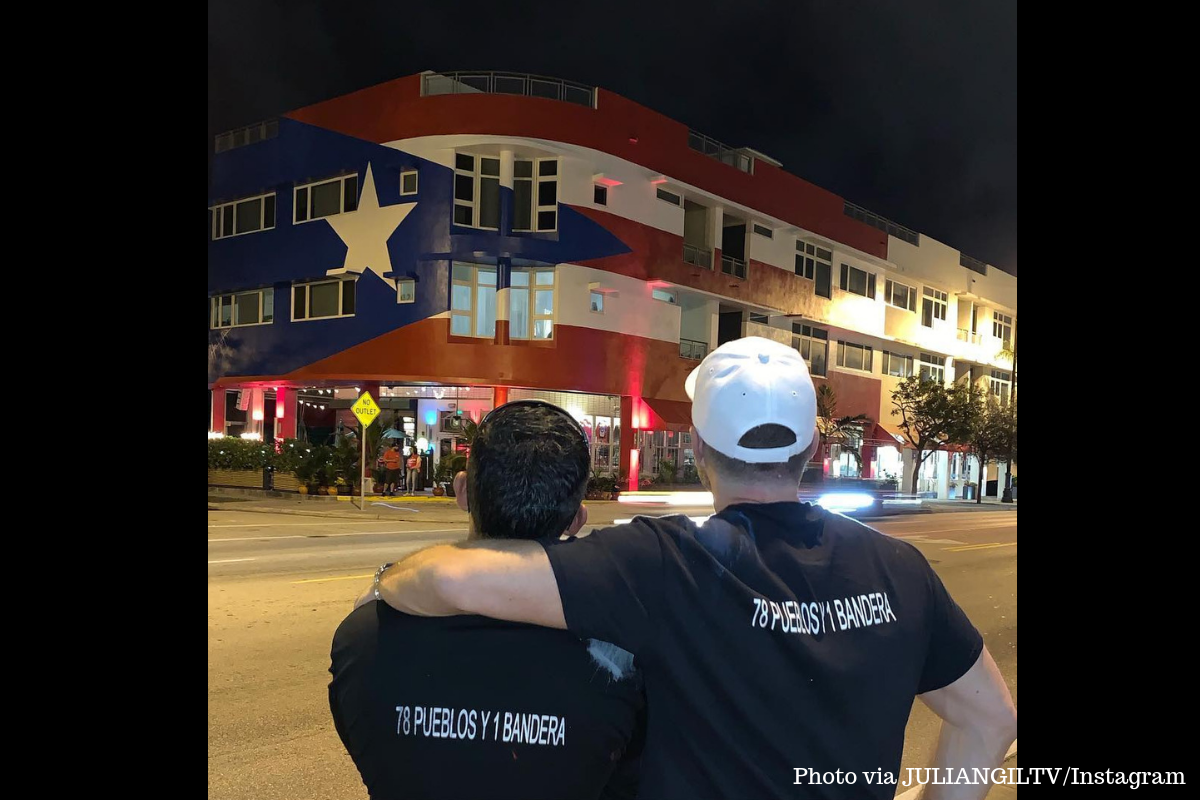 During the holiday weekend, a mural of the Puerto Rican flag painted on the building of a brand new restaurant in Miami’s Modern district has led to controversy. According to the city, the Puerto Rican owners of La Placita (Latin American TV star Julián Gil and celebrity chef José Mendín) failed to get the proper permitting from the local historic preservation board, so now they are being asked to paint over the mural.

Not surprisingly, this news has led to a lot of online response, and a new Change.org petition to keep the mural is taking off, already getting close to 50K signatures at the time of this posting, with people singing almost every second.

The petition, written by Guillermo Puig, is addressed to current governor Rick Scott, governor-elect Ron DeSantis, the mayor of Miami and the city’s planning board. Part of the petition, which gives a history of how the local Boricua community in Miami responded to Hurricane María, reads as follows:

Upon this sense of community, an idea was born. Celebrities and hundreds of people joined their efforts to continue forging this union with all by paying tribute with a mural of our Flag, the Puerto Rican Flag, to our community, to the people that perished during that horrible natural event, to those that suffered so much, to the ones that made the ultimate sacrifice in our country’s wars, and to those that have given back so much to us, to Miami, to the State of Florida  and to our amazing United States of America.

After many months of planification, investment, collaboration, support from hundreds or people and requesting permits from the city, this tribute is now being threatened to be removed by a small locally created board.

This flag means a lot to Puerto Ricans living here in Miami, to many Miamians and to many others that gracefully helped out. Not only is this a well deserved and well made tribute, but it is also a fantastic opportunity as a tourist attraction that will surely help to further the economic development of the area.

We ask for the pertinent governmental entity to allow this very well made mural to remain in place.

You can read the entire petition here.

The mural was created by artist Hector Collazo Hernández, also Puerto Rican, who started the work last Thursday morning. According to the Miami Herald, Miami mayor Francis Suarez “stopped by at midday to oversee the progress.”