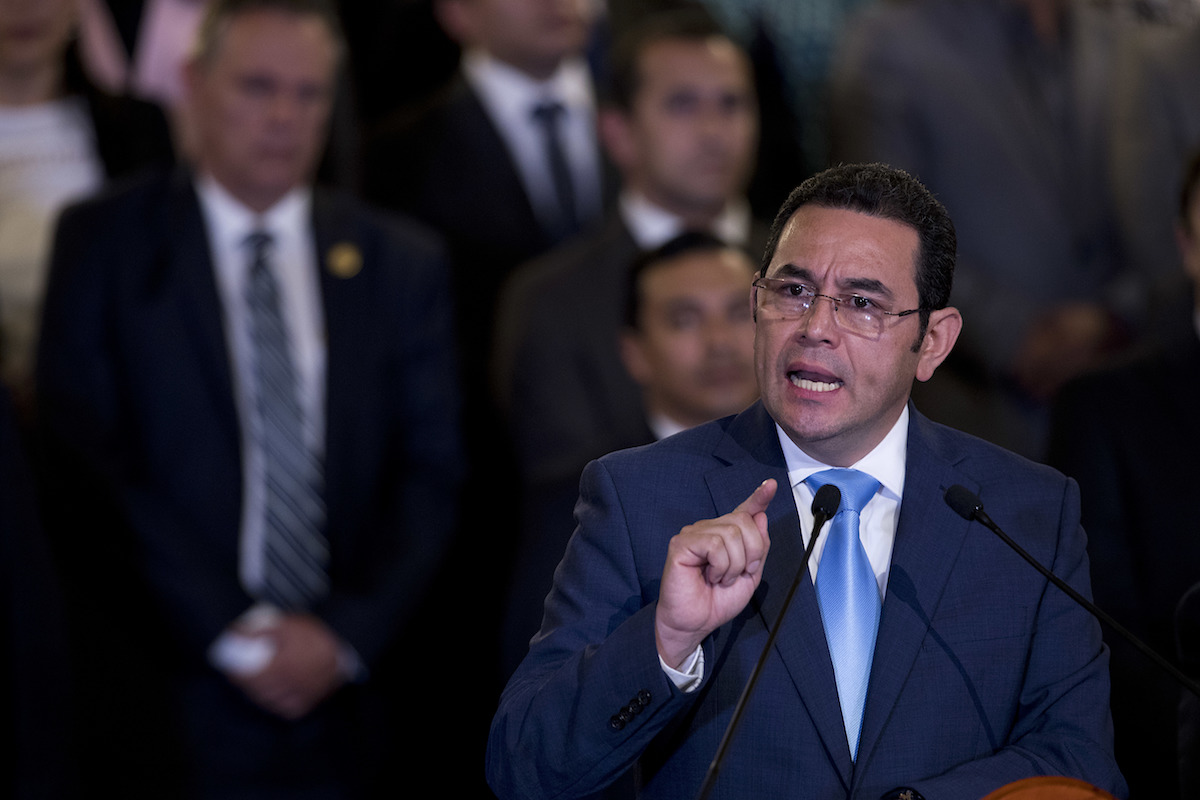 GUATEMALA CITY (AP) — A decade-long, U.N.-assisted anti-corruption effort that brought down a president faced extinction after the Guatemalan government ended the agreement, drawing condemnation Tuesday from transparency and rights groups.

The U.N. anti-corruption commission, known by its initials as the CICIG, has angered President Jimmy Morales after it helped investigate him, his sons and his brother on accusations of corruption they deny.

Morales has barred commission members from renewing visas and entering the country, and he dropped the final shoe Monday when his government tried to expel the group, giving its prosecutors a day to leave the country.

“This action would decimate the rule of law in Guatemala,” said the Washington Office on Latin America. “The international community must strongly condemn the actions of the Guatemalan government, use all tools at their disposal to ensure accountability for corrupt public officials, and stand with the people of Guatemala who have been demanding greater accountability and an end to corruption.”

Morales claims the U.N. had been being silent in the face of what he said were human rights abuses committed by the commission.

“In spite of Guatemala’s efforts with the United Nations, the silence, passivity and negativism of the secretary-general contributed to an uncertainty in the CICIG’s actions that put at risk the country’s sovereignty,” Morales said Monday. 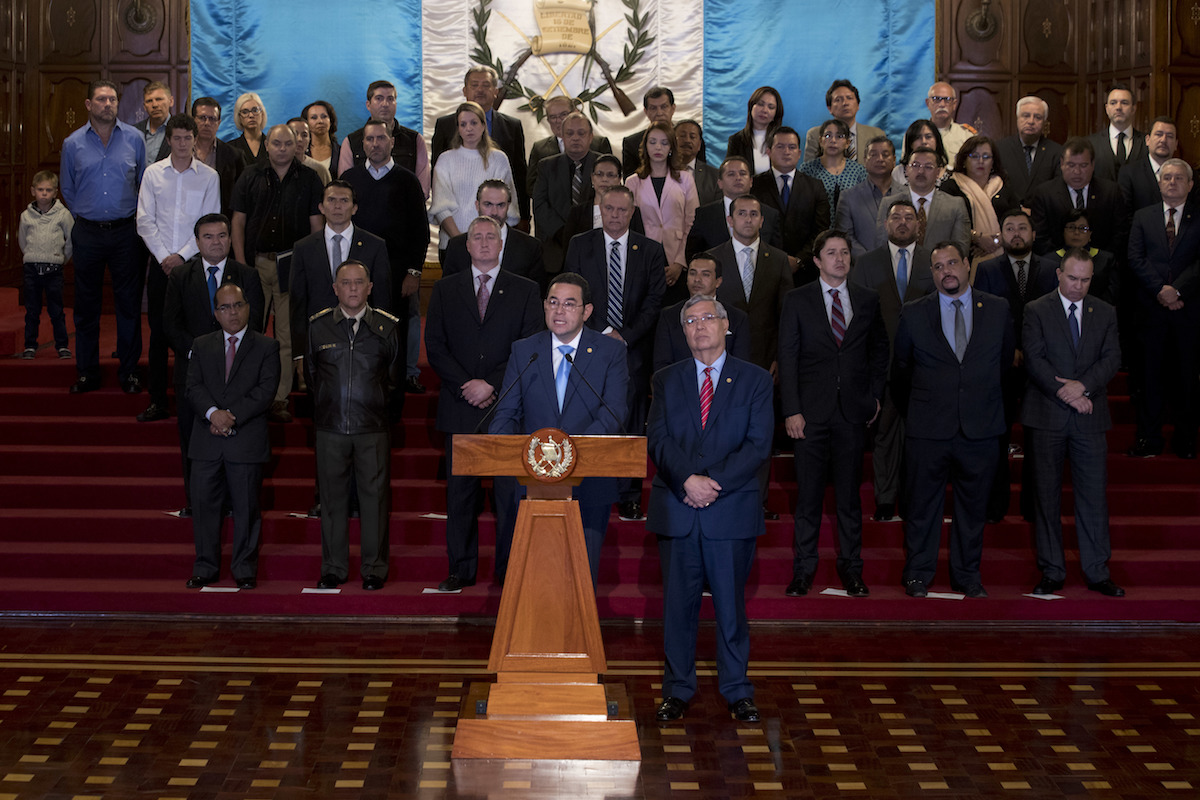 He spoke at a news conference in which he appeared with members of a Russian family who had been convicted of corruption for the use of false documents to open businesses and buy property in Guatemala, in a case in which the CICIG participated.

But Morales’ claims of persecution did not convince many.

U.S. Sen. Patrick Leahy, a Democrat from Vermont, wrote that “President Morales, and those who have participated in or supported this flagrant abuse of power, have made their choice. It is a choice of self-interest over the public interest. Of impunity over justice. ”

“The United States Congress will respond accordingly,” Leahy wrote. “President Morales, and those in his government who defend such acts, are no longer welcome here. Until he reverses course, or a new president is elected who has integrity and who puts the interests and welfare of the Guatemalan people first, assistance for the Guatemalan government will be suspended in accordance with U.S. law.”

Stephane Dujarric, a spokesman for U.N. Secretary-General Antonio Guterres, issued a statement saying the U.N. expects Guatemala to keep up its end of an agreement that created the commission, until its mandate ends in September.

Morales’ foreign minister, Sandra Jovel, accused the commission and its members of politicizing its work, violating Guatemala’s sovereignty, failing to respect the presumption of innocence and causing “division in our society.”

“The CICIG has exceeded its authority,” she said. Jovel said the commission’s staffers have 24 hours to leave the country, though a Guatemalan court has ruled that the country has to grant them visas.
During its 11 years operating in Guatemala, CICIG has pressed corruption cases that have implicated some 680 people, including elected officials, businesspeople and bureaucrats. The commission said in November that it has won 310 convictions and broken up 60 criminal networks.

The commission participated in investigations that forced former Vice President Roxana Baldetti and President Otto Pérez Molina to step down from office in 2015 to face fraud and corruption charges.
Delia Ferreira Rubio, Chair of Transparency International, said in a statement that “these actions by the Guatemalan government jeopardize the rule of law and are a clear step backward for Guatemala as well as for the region as a whole.”

Morales has made no secret of his contempt for the group —formally, the International Commission against Impunity in Guatemala— which has investigated Morales for possible campaign finance violations, which he denies.

Lawmakers so far have rebuffed proposals to lift Morales’ immunity from prosecution.

Morales said in August 2017 he was expelling CICIG’s chief. Though a court quickly blocked that order, the commission head was later barred from re-entering the country after leaving for a business trip.
Last year, Morales refused to renew CICIG’s mandate, effectively giving it until September 2019 to wind down operations and leave the country. He used his speech at this fall’s annual U.N. General Assembly meeting of world leaders to inveigh against CICIG.

Most recently, a commission member was detained at an airport for almost a day and refused entry to the country after arriving Saturday. A court ordered his release.