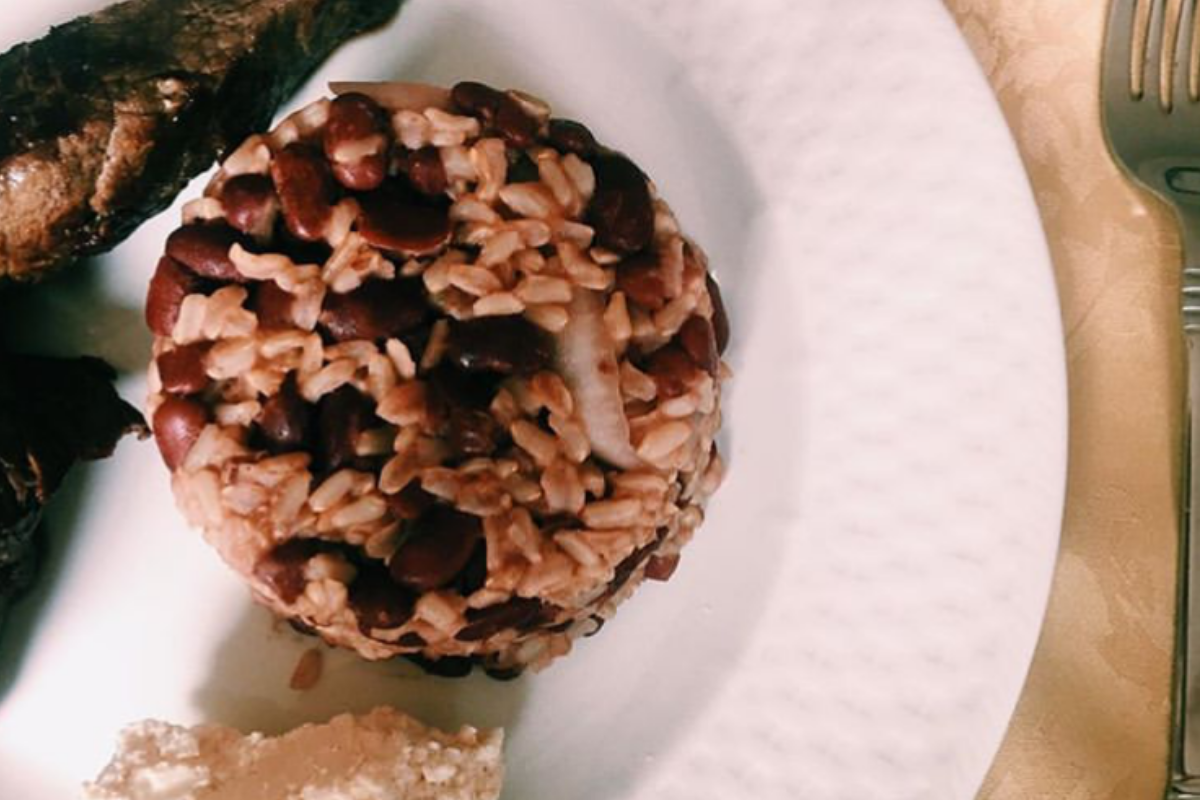 I have been one to readily reject the idea of learning how to cook. I grew up in a household where women cooked, and that is all they were to do. They were not a part of the decision-making nor what I felt were integral parts of the family dynamics because they were so busy cooking all the time.

I remember mi mami getting so excited about getting kitchen stuff; so any pots and pans would get her more riled up than if she were to be gifted some perfumes and lotions. And I remember resenting it because I knew that the more things she requested and received for the more kitchen, the further she cemented her place within our household as the cook and only the cook.

I think I resented her because I knew that role was also to fall on my shoulders as I grew older.  I saw that my “place,” was assigned for me, and I hated it. Cooking, to me, felt so inferior and so beneath every other role in the household and even within our family.  Not only that, but cooking also felt so limiting and a role of servitude that I truly did not want.

I remember when I was old enough to actually be helpful in the kitchen, I began to get assigned kitchen chores as my role.  I was 9 or 10 years old, and after-school suddenly my brother could go watch television and I had to go help mi mami cook dinner for when mi papi came home. I remember asking, “y porque Richard no ayuda?” and always receiving the same response: “porque no le pedí a tu hermano, te pedí ayuda a ti.”

So in my rebellion against this act that I felt was forcing me into this role, I would do a poor job. I barely helped and mostly kept quiet and tried everything in my being to not learn anything from mi mami, despite her many efforts. Then, I also remember at age 14, taking a Home Economics course in school, because me and my other best friends were just trying to end up in a class together. And when mi papi found out, he purchased me my first small skillet, with tons of pride. I remember how shiny it was, and that it had a white handle. I felt a sense of anger, because these were the gifts mi mami received and so I knew to mimic her excitement but also knew that I would not continue on this path. So again, I finished that course and pretended like I had not learned anything and insisted on not learning to cook.

I eventually graduated high school, went to college which was already a deviation from the home-economics route, got married, and went to graduate school, and also got divorced. And then I became anxious, because my ex-husband had been the one to cook in our household, so for 28 years I had managed to live into my goal of not becoming a housewife who cooked all day for a man, any man. Yet here I was, divorced, and living on my own and without a single clue of how to even feed myself, other than eating out.

I began to have very real realizations that this thing I had rejected was suddenly the thing that was going to keep me nourished and healthy, and it no longer seemed like a frivolous task to learn. Instead, it was more like a necessary tool for my long-term survival.

So I finally began to learn to cook—and began to love it.

As I have grown more comfortable in the kitchen and purchased my own pots and pans, I have realized that quality matters and things like pots and pans do excite me. I have also realized that the ways in which I placed cooking as an inferior task within a household had everything to do with sexism. Because, in my context, women were the ones who cooked, and the men had managed to belittle this task.  So as a kid, I too began to assume that position of viewing cooking as inferior and never questioned it. Cooking has never been inferior, it is just inferior when women do it—much like sewing (which I also hated learning to do) and other home economics tasks.  When women do it, it is just all labeled “housewife duties,” but when men do it they are chefs and fashion designers.

I began to reject the sexist idea that these tasks are inferior and began to embrace these tasks which are traditionally framed as women’s roles and realize that we were, in fact, the chefs, the fashion designers, and the brains behind our household functioning as well as mine did.

Finally, because I am now a brilliant chef, I am also a brilliant person who can make decisions in my own household and decided that I did not need to pick between these arbitrarily gendered roles despite how much society insisted I pick one. So I am a chef, CEO, fashion designer, a writer and so many other things, and I have begun to make real apologies to mi mami who I rejected for so long because I believed the lie that sexism taught me that women were inferior and whatever we did was therefore also inferior.

Prisca Dorcas Mojica Rodríguez is a grassroots foreign citizen, maneuvering and resisting assimilation and respectability politics through what she calls her a chonga Mujerista ethic. She is the founder of Latina Rebels, an online platform that boasts over 200K followers. She is from Managua, Nicaragua, currently living in Nashville. Prisca has written for Philadelphia Printworks, TeleSur English, SupaDaily Latin, Huffington Post Latino Voices and other publications. Her interests are within biopolitics as it relates to Latina embodiment, specifically concerning models of conquerable flesh around narratives of naturalization for women of color. ¡Que viva la mujer!