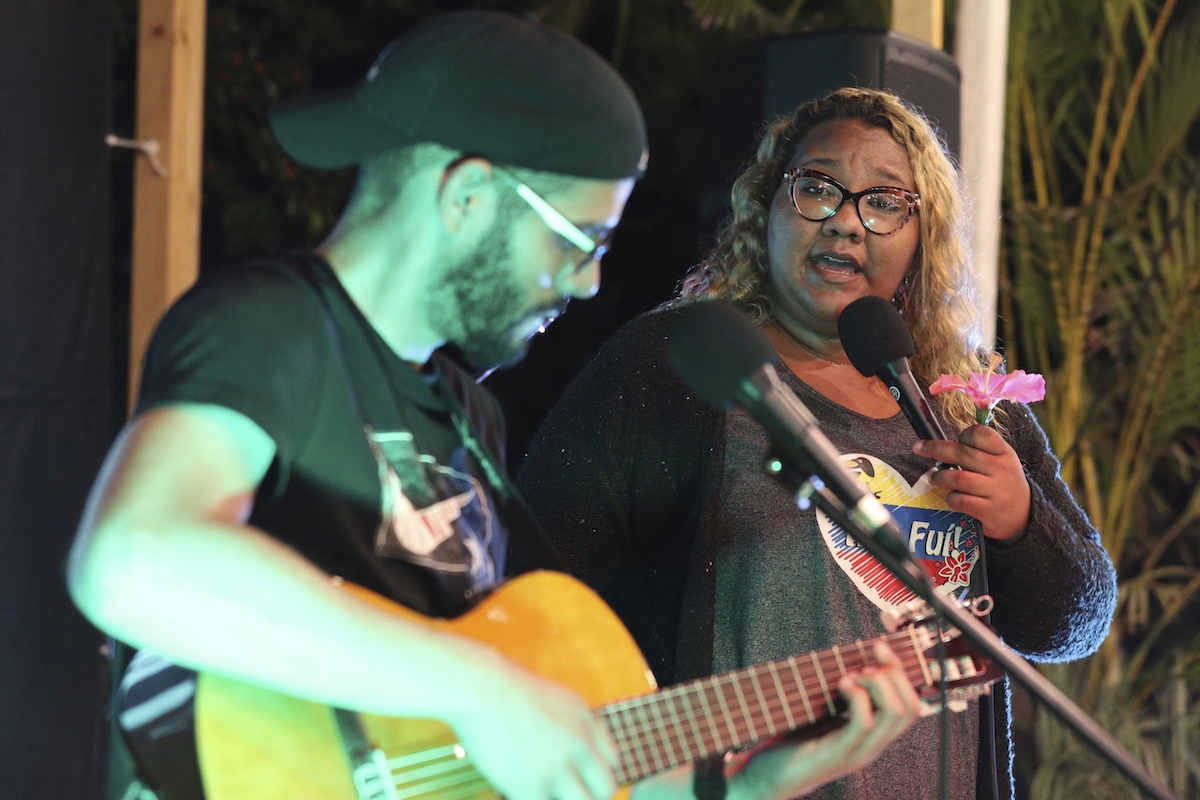 In this January 12, 2019 photo, Venezuelan singer Reymar Perdomo performs with fellow Venezuelan and guitarist Omar Rumbos at a fair on the beach of San Bartolo, Peru. (AP Photo/Martin Mejia)

But her life took a turn when she wrote a heartfelt reggae song about leaving her homeland that went viral on the internet and has brought tears to hundreds in the Venezuelan diaspora that has spread around the globe. Now Perdomo combines her street performances with appearances at concerts and on TV programs, and her song has become the unofficial anthem of Venezuelans who have fled their country’s economic implosion.

“This song gives me goosebumps” said Junior Barrios, a Venezuelan migrant who listened to Perdomo perform her song “Me Fui” —Spanish for “I Left — recently at a busy plaza in Lima.

“Leaving your home from one day to the next day isn’t easy, and this just makes a whole bunch of emotions surface at once.”

According to the International Organization for Migration, more than 3 million Venezuelans have left their country since 2015 as food shortages and hyperinflation became rampant in what was once a wealthy oil-exporting nation. By the end of 2019, that number is expected to grow to at least 5.4 million.

“Me Fui” is Perdomo’s retelling of how she left Venezuela reluctantly with her “head full of doubts,” pushed by her mother, who insisted there was no other way for her to make something of her life.

The song, which the 30-year-old plays with a ukulele after her guitar broke while busking, talks about how she was robbed and faced other hardships as she had to cross four countries to reach Peru, pressing on while “speaking softly and crying along much of the way.”

“I had lots of mixed feelings about having to leave Venezuela, and felt a lot of pain. And I just needed to express that in order to move on with life,” Perdomo said in an interview after performing on the streets of Lima’s wealthy Miraflores district.

Her nostalgic song has had more than 2 million views on YouTube thanks to a passer-by who recorded Perdomo singing and posted the video online. It’s also gotten a wave of attention on radio and television, helping Perdomo get noticed by famous pop artists around South America who have asked her to be the opening act at their concerts. She has also produced a slicker version that has had 1.3 million views on its own.

In December, Perdomo was invited to Colombia by a popular satirist and Youtuber who had her sing on a bus, surprising her by bringing along Latin Grammy winner Carlos Vives and Andrés Cepeda.

Perdomo said she almost fainted as Vives, who was wearing a hat and fake mustache, threw his disguise away and started to sing the chorus of her song.

“That happened exactly a year to the date after I left Venezuela” Perdomo said. “And for me to be there, performing with one of my favorite singers, singing my song, just felt like proof that God exists.”

Perdomo used to be a music teacher at a public school in the rural state of Guárico and once participated in a televised talent show. Although she says she never voted for Venezuela’s socialist president, Nicolás Maduro, as a public employee she was required to sing at pro-government rallies, something a few online critics have held against her.

Though becoming something of a symbol of the Venezuelan exodus, she still struggles to get by.

Her mother, brother, sister-in-law and year-old nephew have joined her in Peru and all share a small rented apartment in one of the city’s working class districts. Only Perdomo’s brother has found a permanent job, working as a bouncer at a nightclub, so the street performer works long days to help sustain her family. 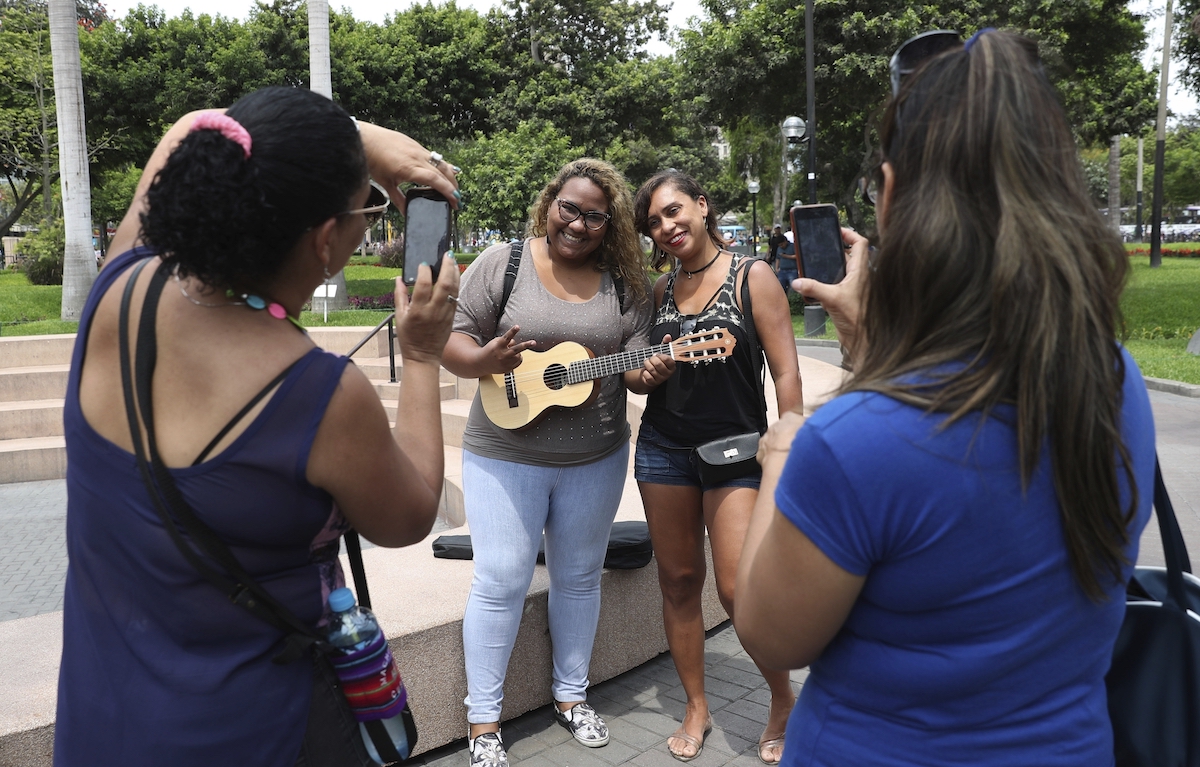 In this December 28, 2018 photo, fans of Venezuelan singer Reymar Perdomo pose for photos with her after they noticed her doing a press interview at a park in the Miraflores area of Lima, Peru. (AP Photo/Martin Mejia)

Perdomo says that Vives has invited her to perform on a regular basis at his nightclub in Bogotá and that she is speaking with organizations in Colombia about the possibility of recording an album focused on the plight of migrants.

These opportunities have her thinking about moving yet again—this time to Colombia’s capital.

“This has been a tough year, but it has also been amazing” Perdomo said. “I think that to help people and do what you love, you don’t need a lot of money. You just need to believe in yourself and be willing to work real hard.”