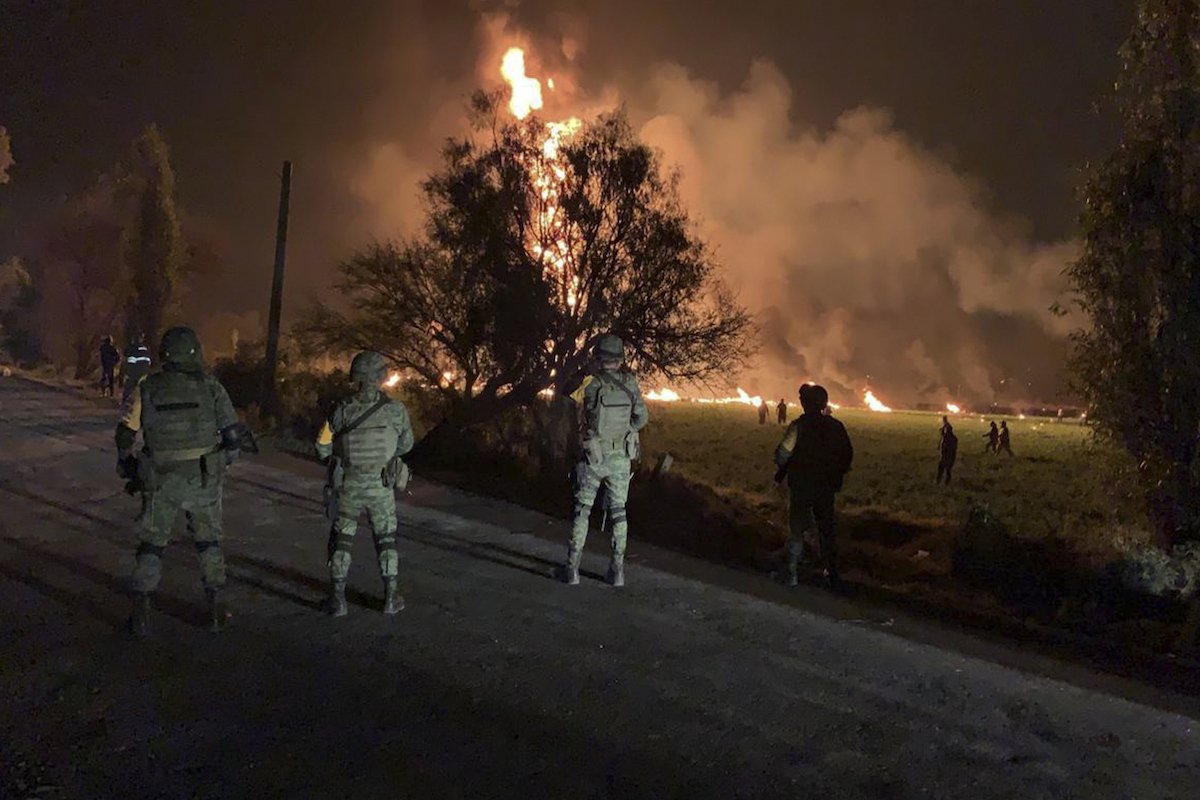 TLAHUELILPÁN, Mexico (AP) — Forensic experts attempted to separate and count charred heaps of corpses in central Mexico on Saturday after a massive fireball erupted at an illegal pipeline tap, killing at least 66 people.

More than 85 other people on Saturday were listed as missing as relatives of the deceased and onlookers gathered around the scene of carnage.

Just a few feet from where the pipeline passed through an alfalfa field, the dead seem to have fallen in heaps, perhaps as they stumbled over each other or tried to help one another in the moments after a geyser of gasoline shot into the air Friday.

The leak was caused by an illegal pipeline tap in the small town of Tlahuelilpán, about 62 miles (100 kilometers) north of Mexico City, according to state oil company Petroleos Mexicanos, or Pemex.

Video footage showed dozens of people in an almost festive atmosphere gathered in a field where a duct had been breached by fuel thieves. Footage then showed flames shooting high into the air against a night sky and the pipeline ablaze. Screaming people ran from the explosion, some themselves burning and waving their arms.

On Saturday, several of the dead lay on their backs, their arms stretched out in agony. Some seemed to have covered their chests in a last attempt to protect themselves from the flames; another few black-charred corpses seemed to embrace each other in death.

Lost shoes were scattered around the scorched field, as were plastic jugs and jerry cans that the victims had carried to gather spilling fuel.

“Ay, no, where is my son?” wailed Hugo Olvera Estrada, whose 13-year-old son, Hugo Olvera Bautista, was at the spot where the fire erupted. Wrapped in a blanket outside a clinic, the man had already gone to six local hospitals looking for his child.

After returning home from middle school yesterday, his father recounted, the boy went to join the crowd scooping up gasoline. Olvera Estrada believed he was influenced by older and supposedly wise men from the town of about 20,000. “The older men brought him,” he said. 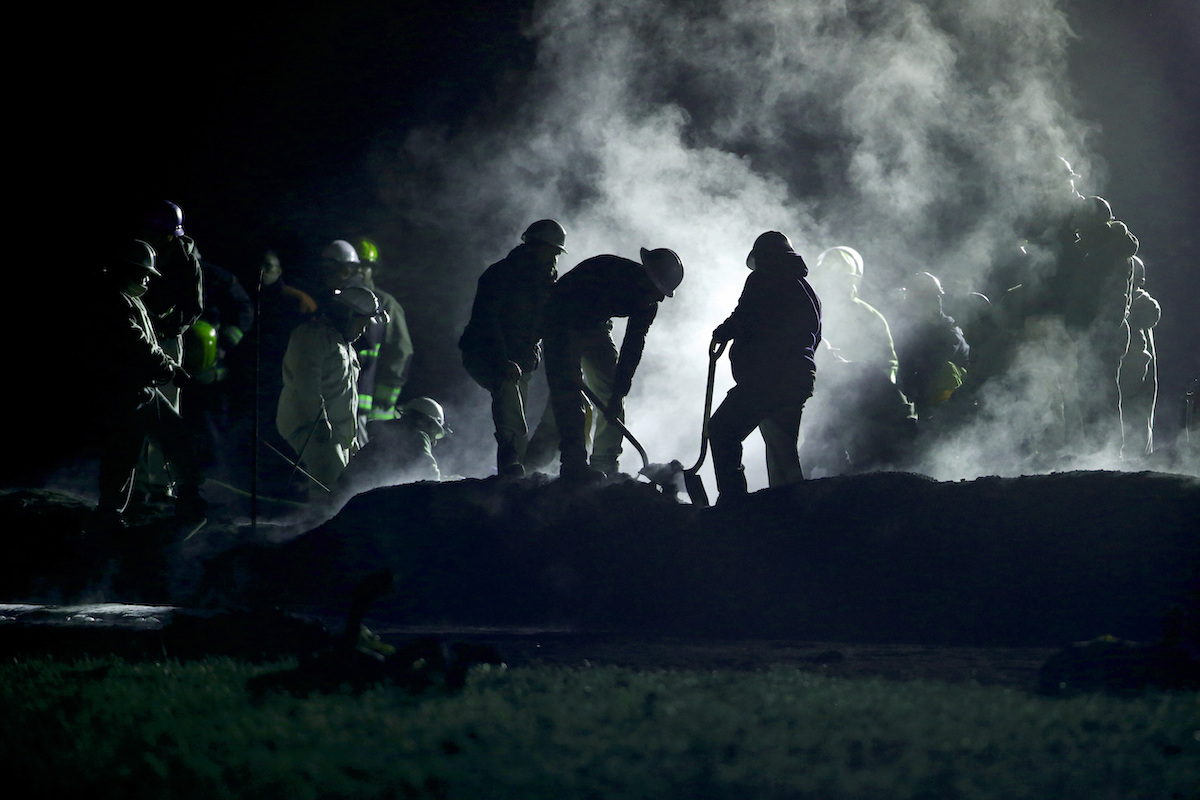 The tragedy came just three weeks after new President Andrés Manuel López Obrador launched an offensive against fuel theft gangs that have drilled dangerous, illegal taps into pipelines an astounding 12,581 times in the first 10 months of 2018, an average of about 42 per day.

“We are going to eradicate that which not only causes material damages, it is not only what the nation loses by this illegal trade, this black market of fuel, but the risk, the danger, the loss of human lives,” he said.

He said the attorney general’s office will investigate whether the explosion was intentional — caused by an individual or group—or whether the fireball occurred due to the inherent risk of clandestine fuel extraction.

He also called on townspeople to give testimony not only about Friday’s events in Hidalgo state, but about the entire black market chain, including who punctures the pipelines, who informs locals about collecting fuel in containers, and how fuel is then put to personal use or sold.

The war against fuel theft was a theme repeated by people in Tlahuelilpán, which is crossed by pipelines and located just a few miles from a refinery.

“What happened here should serve as an example for the whole nation to unite behind the fight that the president is carrying out against this ill,” said municipal health director Jorge Aguilar López.

Another pipeline burst into flames earlier Friday in the neighboring state of Querétaro as a result of another illegal tap. Pemex said the fire near the city of San Juan del Rio was “in an unpopulated area and there is no risk to human beings.”

In December 2010, authorities also blamed oil thieves for a pipeline explosion in a central Mexico near the capital that killed 28 people, including 13 children.

His administration also shut down pipelines to detect and deter illegal taps, relying more on delivering fuel by tanker truck. There aren’t enough trucks, however, and long lines at gas stations have plagued several states.

In Tlahuelilpán, a long, chilling list of the missing was taped outside the window of the local clinic, where dozens of relatives waited for news in their search for loved ones.

Marciel Cervantes fears his brother, Isaac Aurelio Cervantes, is among those lost in Friday’s blast. He found the 26-year-old’s car parked on the road next to the field, and said his brother hasn’t answered his cellphone.

“The people already know what they’re getting into with this,” he said as he wrapped a blanket tightly around himself against the cold. “But they don’t understand.”