Top Venezuela Military Brass Vow to Back Maduro Amid Unrest 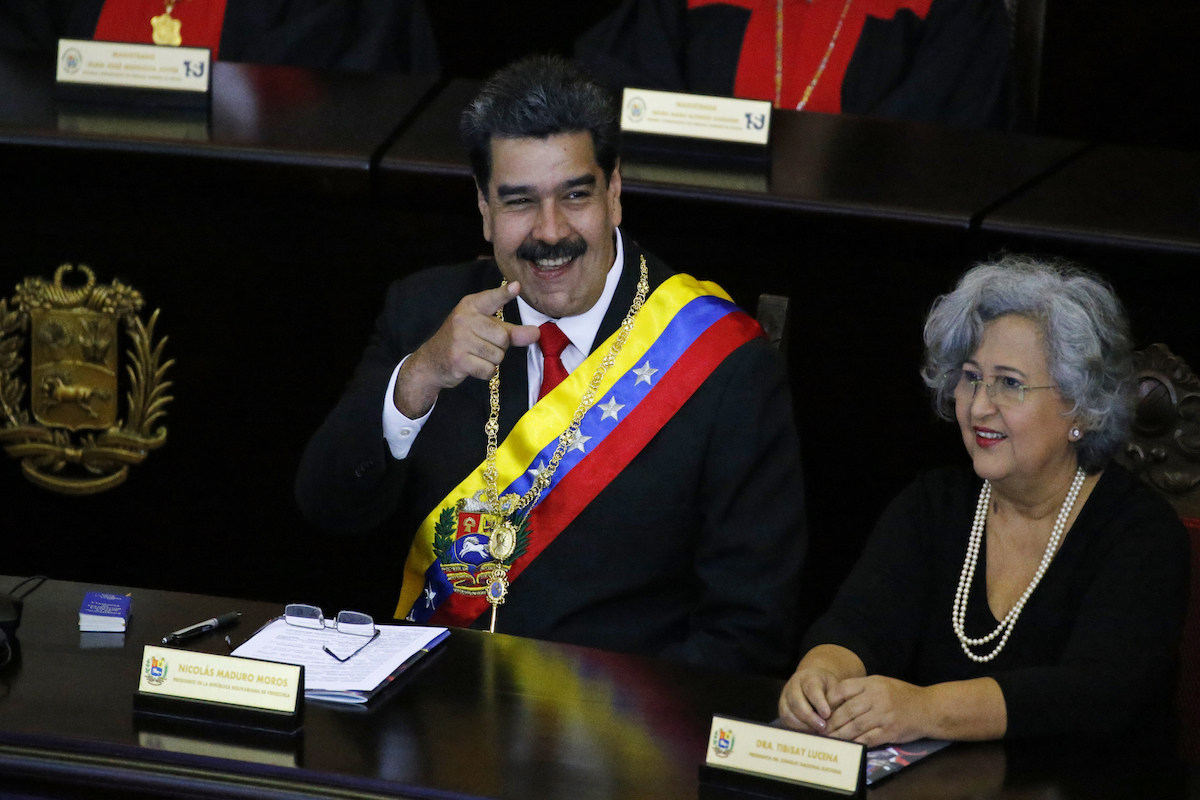 Venezuelan President Nicolás Maduro points to someone in the crowd as he sits inside the Supreme Court for an annual ceremony that marks the start of the judicial year in Caracas, Venezuela, Thursday, January 24, 2019. (AP Photo/Ariana Cubillos)

A half-dozen generals belonging largely to district commands and with direct control over thousands of troops joined Maduro in accusing the United States of meddling in Venezuela’s affairs and said they would uphold the socialist leader’s rule.

“It’s not a war between Venezuelans that will solve our problems,” he said. “It’s dialogue.”

Venezuelans are heading into uncharted political waters after the young leader of a newly united opposition claimed Wednesday to hold the presidency and Maduro dug in for a fight with the Trump administration. All eyes have been on the military, a traditional arbiter of political disputes in Venezuela, as a critical indicator of whether the opposition will succeed in establishing a new government.

Life in the capital, Caracas, appeared to be returning to normal Thursday after mass anti-government demonstrations a day earlier that left at least a dozen dead in the escalating conflict with Maduro, who has been increasingly accused of undemocratic behavior by the United States and many other nations in the region. Stores in some areas were reopening but remained shuttered in others.

Juan Guaidó, the 35-year-old leader of the opposition-controlled National Assembly, turned up the heat by declaring himself interim president on Wednesday before a mass of demonstrators in Caracas. He said it was the only way to end the Maduro “dictatorship” in Venezuela, which has seen millions flee in recent years to escape sky-high inflation and food shortages. 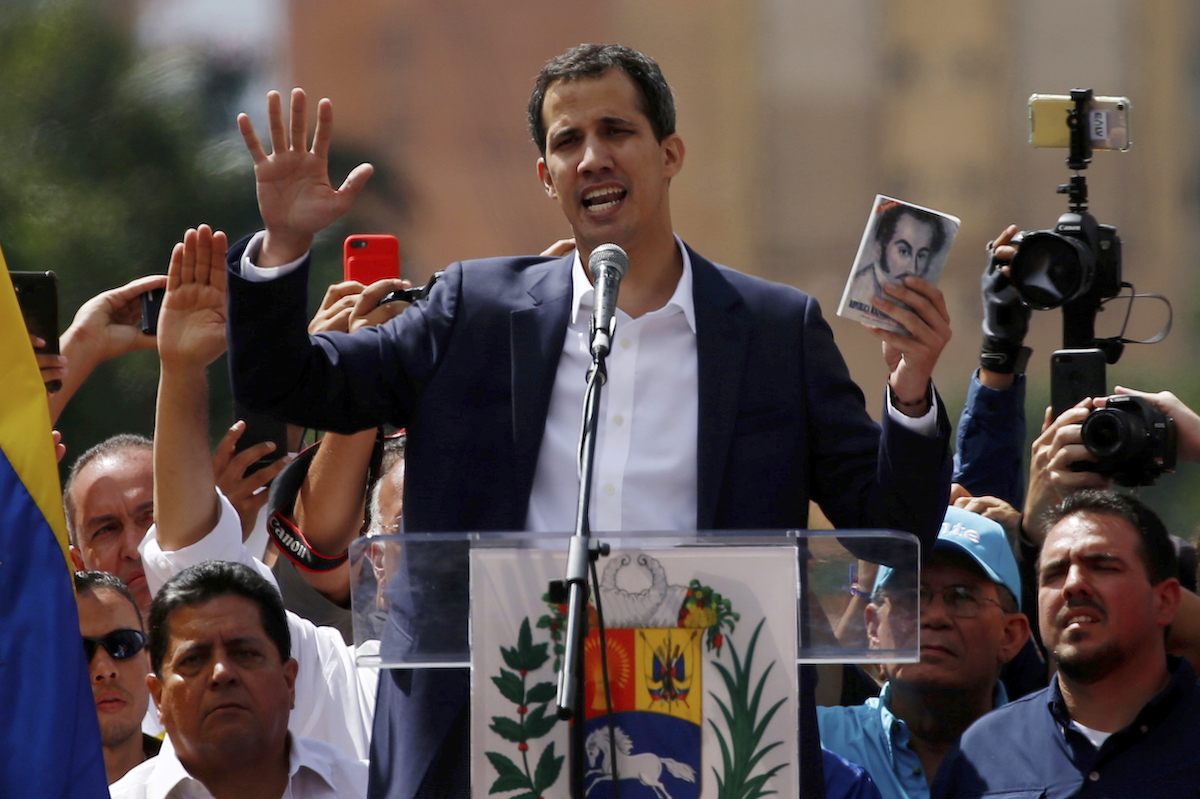 “We know that this will have consequences,” Guaidó shouted to the cheering crowd before slipping away to an unknown location amid speculation that he would soon be arrested. His whereabouts remained cloaked in secrecy on Thursday.

Guaidó has said he needs the backing of three critical groups: The people, the international community and the military. While yesterday’s protest drew tens of thousands to the streets and over a dozen nations in the region are pledging support, the military’s backing is far from certain.

Though many rank-and-file troops suffer the same hardships as countless other Venezuelans when it comes to meeting basic needs like feeding their families, Maduro has worked to cement their support with bonuses and other special benefits.

In a video addressing the military earlier this week, Guiadó said the constitution requires them to disavow Maduro after his May 2018 reelection, which was widely condemned by the international community in part because his main opponents were banned from running. He told them he was not asking them to commit a coup but rather to not shoot at demonstrators.

But on Wednesday, there were no signs that security forces were widely heeding Guaidó’s call to go easy on demonstrators.

Protesters clashed with security forces, who launched tear gas and fired rubber bullets in cities around the nation. Marco Ponce, a coordinator with the Venezuelan Observatory of Social Conflict, a human rights monitoring group, said at least 12 people were killed in the unrest.

Much of the international community is rallying behind Guaidó, with the U.S., Canada and numerous Latin American and European countries announcing that they recognized his claim to the presidency. President Donald Trump promised Wednesday to use the “full weight” of U.S. economic and diplomatic power to push for the restoration of Venezuela’s democracy. 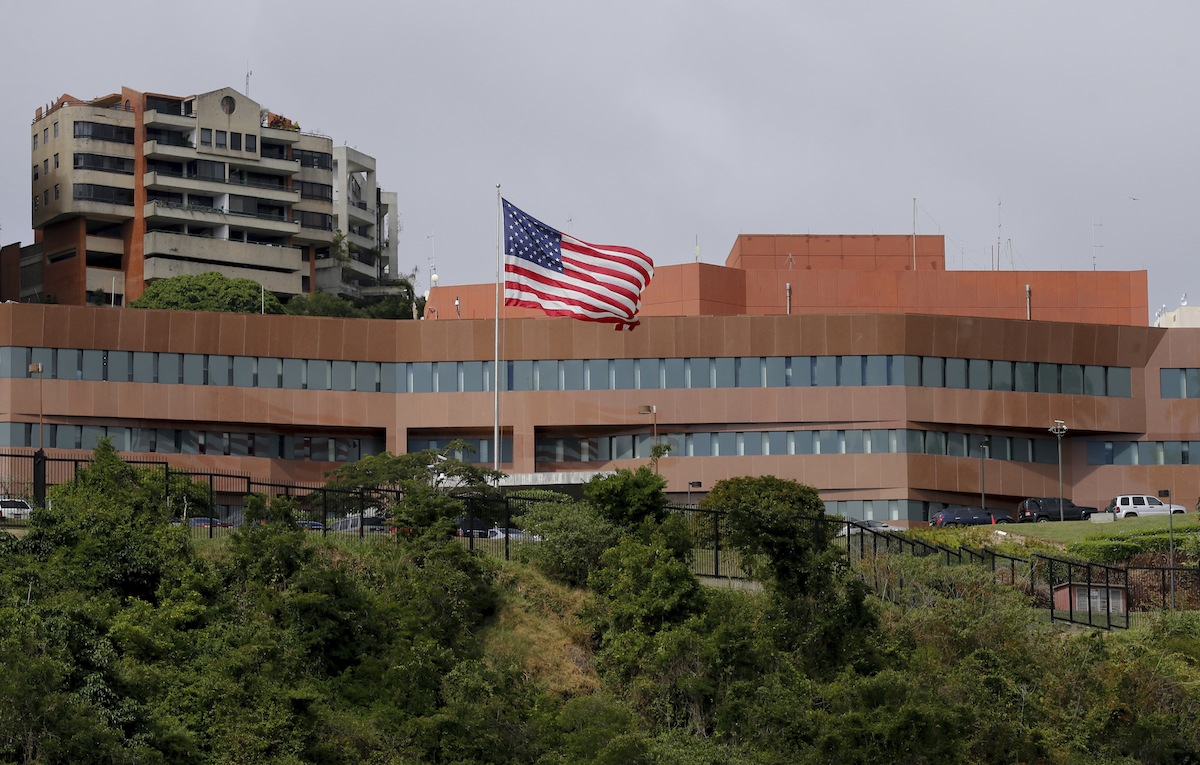 Maduro fired back at Trump Wednesday by breaking diplomatic relations with the U.S., the biggest importer of the OPEC nation’s oil, and ordering American diplomats to get out of the country within 72 hours.

Washington said it would ignore the order after Guaidó issued his own statement urging foreign embassies to disavow Maduro’s orders and keep their diplomats in the country.

In an address to supporters gathered at Venezuela’s presidential palace, Maduro recalled the long history of heavy-handed U.S. interventions in Latin America during the Cold War as he asked his allies for support.

“Don’t trust the gringos,” he thundered to a crowd of red-shirted followers. “They don’t have friends or loyalties. They only have interests, the nerve and the ambition to take Venezuela’s oil, gas and gold.”

China’s Foreign Ministry called on the United States to stay out of the crisis, while Russia’s deputy foreign minister warned the U.S. against any military intervention in Venezuela. Alexei Pushkov, chairman of the information committee at the Russian Federation Council, called Guaidó’s declaration “an attempted coup” backed by the U.S.

Russia has been propping up Maduro with arms deliveries and loans. Maduro visited Moscow in December, seeking Russia’s political and financial support. Over the last decade, China has given Venezuela $65 billion in loans, cash and investment. Venezuela owes more than $20 billion.

Diplomats at the Organization of American States were holding an emergency meeting Thursday on the Venezuelan crisis, a debate that was sure to be charged as the National Assembly’s newly picked diplomatic envoy lobbies to take Venezuela’s seat from Maduro’s ambassador.

Meanwhile, many Venezuelans were looking for Guaidó to re-emerge and provide guidance on the opposition’s next steps. 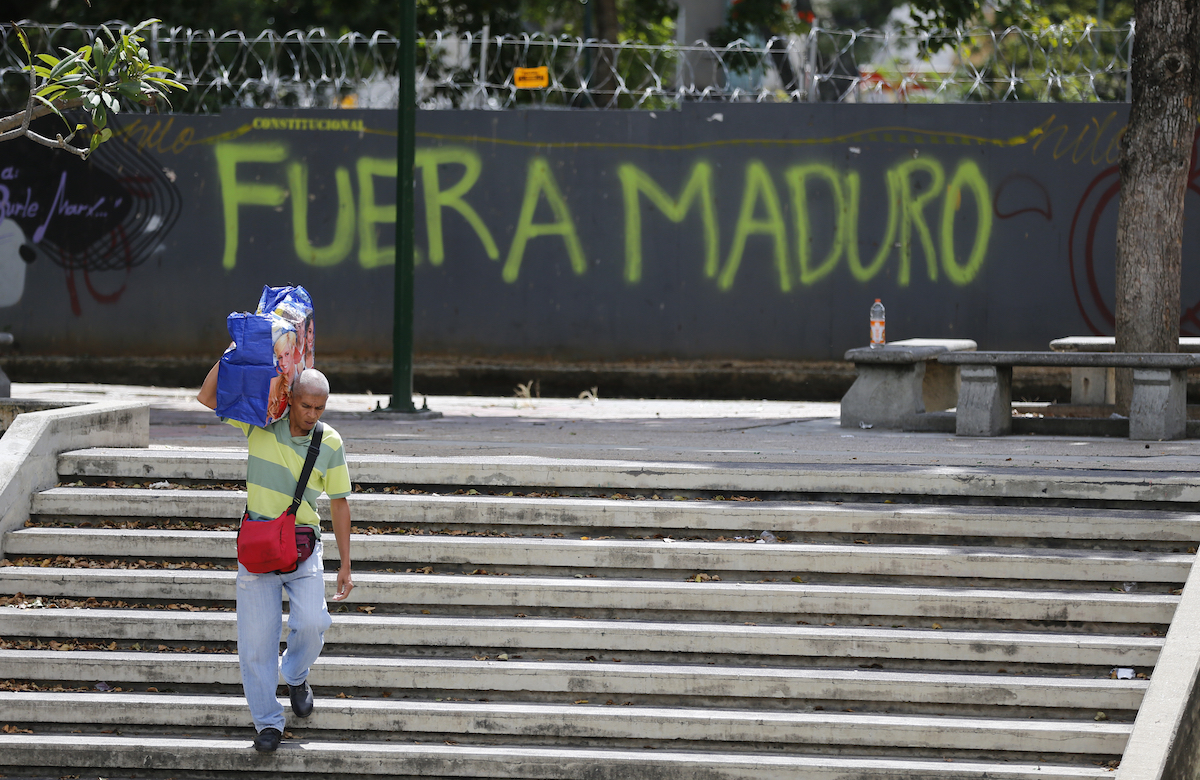 A man walks past graffiti on the wall of a vacant lot that reads in Spanish: “Get out Maduro,” referring to President Nicolás Maduro in Caracas, Venezuela, Thursday, January 24, 2019. (AP Photo/Fernando Llano)

In an indication that international energy markets are not yet overly concerned that the situation in Venezuela —the United States’ third biggest oil supplier and owner of Houston-based Citgo— will disrupt global crude supplies, the price of oil slipped again Wednesday for the third time in four days.

Tensions began ramping up on January 10 when Maduro defied international pressure and took the oath of office for a second six-year term following his May re-election in a vote that many in the region contend was not free or fair.

Guaidó, a virtually unknown lawmaker at the start of the year, has reignited the hopes of Venezuela’s often beleaguered opposition by taking a rebellious tack amid Venezuela’s crushing economic crisis. He escalated his campaign Wednesday by declaring that the constitution gives him, as president of the congress, the authority to take over as interim president and form a transitional government until he calls new elections.

Raising his right hand in unison with tens of thousands of supporters, he took a symbolic oath to assume executive powers.

The audacious move came after large crowds gathered in Caracas waving flags and chanting “Get out, Maduro!” in what was the biggest demonstration since a wave of unrest that left more than 120 dead in 2017.

On Monday, a few dozen national guardsmen seized a stockpile of assault rifles in a pre-dawn uprising that was quickly quelled, although residents in a nearby slum showed support for the mutineers by burning cars and stoning security forces. Disturbances flared up that night in other working-class neighborhoods where the government has traditionally enjoyed strong support, and continued into the late hours Tuesday.