I really like Stacey Abrams. Her very thoughtful, measured response to President Trump’s softer, gentler version of the racist, misogynist, militaristic rant he delivered in Tuesday night’s State of the Union made him look like what he is.

And then she said this:

At that point, Abrams started to sound like every other politician and Democratic party official and political hack engaged in what is a very dangerous practice: making the Obama legacy on immigration something other than what it was and remains—cataclysmic.

I find it unfortunate that Abrams chose the word “compassionate” to describe what I saw during my reporting on Obama’s border and immigration practices. It’s profoundly disturbing, an insult to the intelligence and moral sensibilities of anyone who knows what Obama did to immigrants throughout his tenure.

Let’s for a moment set aside what it must feel like for the families of the almost three million people deported by Obama to hear Abrams call his policies “compassionate.” Let’s also forget that immigration scholars like Tanya Golash Boza have documented how Obama’s record-breaking deportations totaled more than all U.S. presidents combined (excluding Bush II and Clinton).

Setting the deportations aside, Abrams does herself and immigrants a disservice by spinning Obama’s immigration legacy as “compassionate.”

Last night, I noticed Rep. Alexandria Ocasio-Cortez wearing a button with the picture of Jakelin Caal, the 7-year-old Mayan girl dehydrated and killed by the Trump Administration’s abusive policies and neglect. I was also reminded of the 74 immigrant human beings who died by dehydration and other “preventable” causes like the little Mayan girl Trump’s policies killed. Unlike the little girl, the 74 people who died due to the Obama Administration’s abusive policies and neglect got little to zero attention in major news outlets. No “immigrant rights groups” founded by Democratic party operatives that you see widely-quoted said anything about these immigrant lives that don’t matter to advocates, politicos and journalists who put party before people and truth.

Watching Trump’s endless anti-immigrant rant, I, like many, was hoping to hear Abrams and the Democrats rise to the occasion and be bold about immigration. Instead, we got the more compassionate spin—a type of spin that, if allowed to continue unchecked, will again prove devastating and dangerous to immigrant lives.

I’ve interviewed some from among the hundreds (more likely thousands) of children and mothers abused in prisons the Obama Administration labeled “family detention centers.” I’ve heard women and children describe the abominable conditions of these Obama prisons, where these children and youth who were molested, raped and beaten. As early as 2010, these stories of massive sexual abuse of women and children were reported by groups like No More Deaths, the ACLU and Human Rights Watch, but completely ignored by Obama and most media, except for journalists like Maria Hinojosa and outlets like PBS Frontline.

I also remember pro-Democrat “immigrant rights leaders” and politicians either remaining silent or saying, like Abrams, that these crimes against child humanity are more “compassionate” than what the Republicans will bring. Calling Obama’s border and immigration “compassionate” isn’t just offensive. It’s proven dangerous.

Donald Trump gets deserved criticism on immigration, but too many in the veritable industry —media, immigrant rights, politicians— of critiquing Trump are doing it while also erasing the Obama immigration legacy.

Where, for example, many of us see a clear and distinct pattern, a continuum of border and other immigration policies, Democrats and their allies tell us there is a complete difference.

We see this in the reports on issues like child separation. Many media outlets hid Obama’s practice of separating thousands of refugee children from their parents by distinguishing them from Trump’s policy separating thousands of children from their families. Similarly, the death of Jakelin Caal became a cause célèbre, covering over the silence of all the migrants killed in Obama’s prisons. Some media even forgot to mention that the pictures they used in stories about the Trump administration caging refugee children were taken when the Obama administration caged them in 2014. To think that because Obama deported and separated families, caging refugee children without Trump’s racist rhetoric is somehow more “compassionate,” is beyond me. Chanting “¡Sí Se Puede!” and other slogans, Obama’s rhetoric did mark a difference. But at the level of the immigrant body, Obama was Trump.

Nowhere are the practices hidden behind Abrams’ “compassionate” comment more obvious and dangerous than in the deserts of Arizona and Texas. Like Jakelin Caal and her family, many migrants are dehydrating and dying in deserts because border enforcement policies push them deeper and deeper into the most dangerous parts of those deserts. The Trump presidency does this, but so did the Obama presidency, to the tune of almost 3,000 migrants who suffered deaths every bit as horrific as that of Jakelin Caal. I’ve seen the dead children, the bones and rotting flesh of those killed by the militarization of U.S. immigration policy under Obama and his predecessors. How anyone, even a nice person like Abrams, can call Obama’s border and immigration policies “compassionate” disturbs me to the point of sickness. 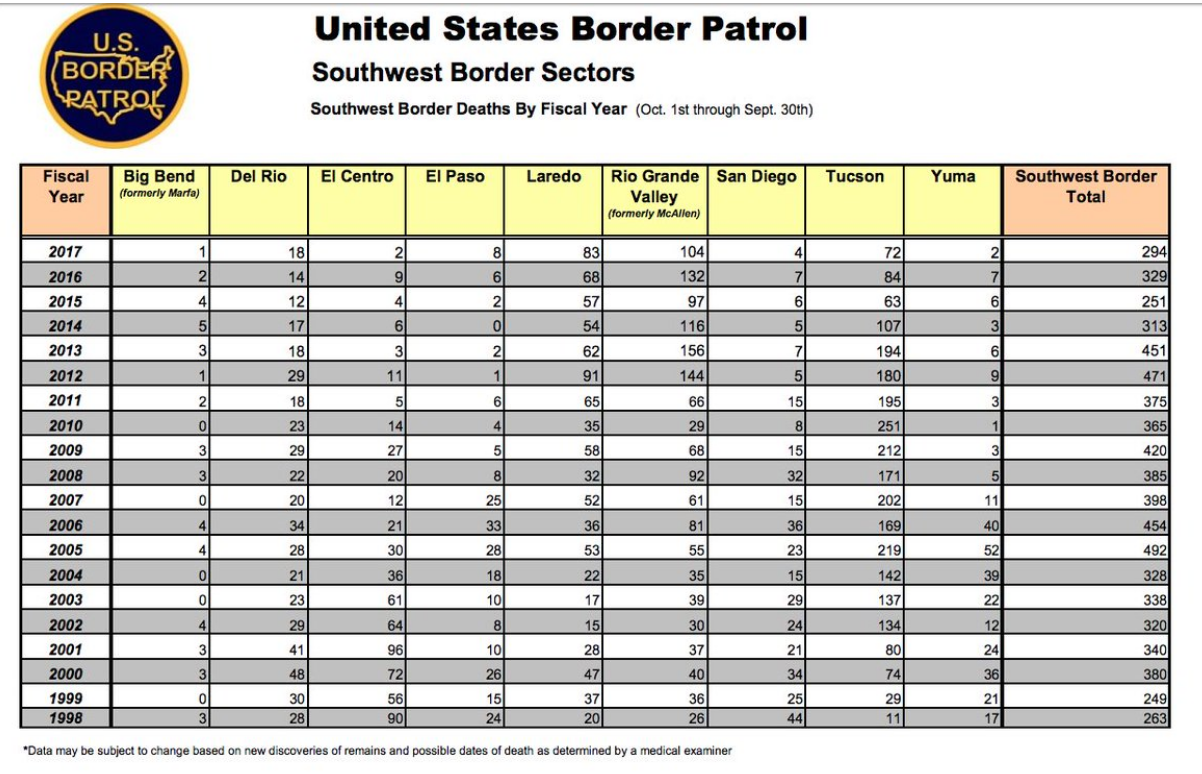 History has proven that allowing such talk and silence about Obama’s immigration record to remain unchecked only proves philosopher George Santayana’s oft-repeated quote: “Those who do not learn history are condemned to repeat it.”

Even though she seems like a decent, capable and good person, we cannot allow Stacy Abrams or any other politician, “immigrant rights activist” or pro-Democrat journalist to tell us that the Obama legacy was somehow “compassionate,” when, in fact, it was, is and will remain the foundational part of the continuum that made Trump’s awful immigration legacy possible.

So, please Stacy, for the love of and true compassion towards immigrants, stop the spin about Obama’s immigration legacy.