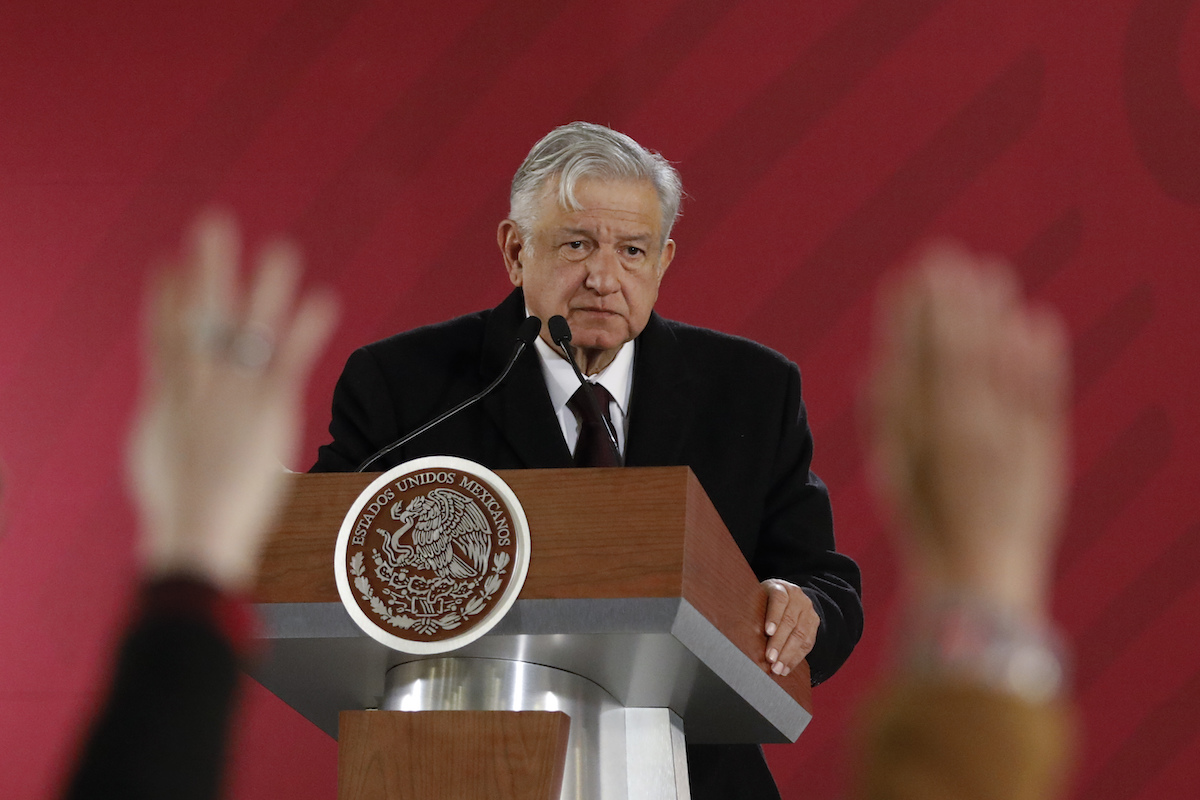 It’s rare for presidents to advocate for poverty, but that’s just what Mexican President Andrés Manuel López Obrador is doing.

At a press conference on February 1, López Obrador said his government would embrace what he called “Franciscan poverty” if it would “transfer funds to the people” and achieve “development, jobs and welfare.”

Francis of Assisi was a Catholic saint who disdained material wealth to follow Christ as a poor man.

López Obrador’s poverty vow is more bureaucratic than religious. As part of an ambitious effort to fight poverty and reduce government corruption, the president proposed to cut the salaries of public officials, including his own, slash federal budgets and lay off 70 percent of non-unionized federal workers. An estimated 276,290 public employees will lose their jobs.

Saying that even austerity budgets must guarantee the basic functioning of the government, Justice Alberto Pérez Dayán said López Obrador’s plan cannot go into effect until the Supreme Court rules on its constitutionality.

The decision has set up a standoff between the president and the courts, with Mexico’s federal budget and judicial independence hanging in the balance.

Reducing Inequality, One Tree at a Time

López Obrador and his leftist Morena Party won a landslide victory in Mexico’s 2018 general election on promises that they would transform Mexico, empowering the underprivileged in a country with gaping inequality.

Since taking office on December 1, López Obrador has suggested creating some 20,000 jobs in fruit production and wood harvesting by planting trees on a million acres of land in rural southern Mexico. He has also proposed paying small monthly pensions of up to 2,550 pesos —around US$134— to Mexicans above the age of 68 and to people with disabilities who lack social security benefits.

Leftist governments usually fund social programs like this by raising taxes on the wealthy. López Obrador says he won’t do that. Instead, his administration hopes to recover public funds by cracking down on rampant corruption and saving money with fiscal austerity. That’s where the salary cuts and mass layoffs come into play.

López Obrador is an admirer of Benito Juárez, the indigenous president who ruled Mexico from 1858 to 1872. Juárez extolled the virtues of selfless public service, saying public servants should “devote themselves to work assiduously while resigning to live in … honorable modesty.”

López Obrador flies commercial and has refused to take up residence in the Los Pinos presidential palace, turning it into a cultural center. 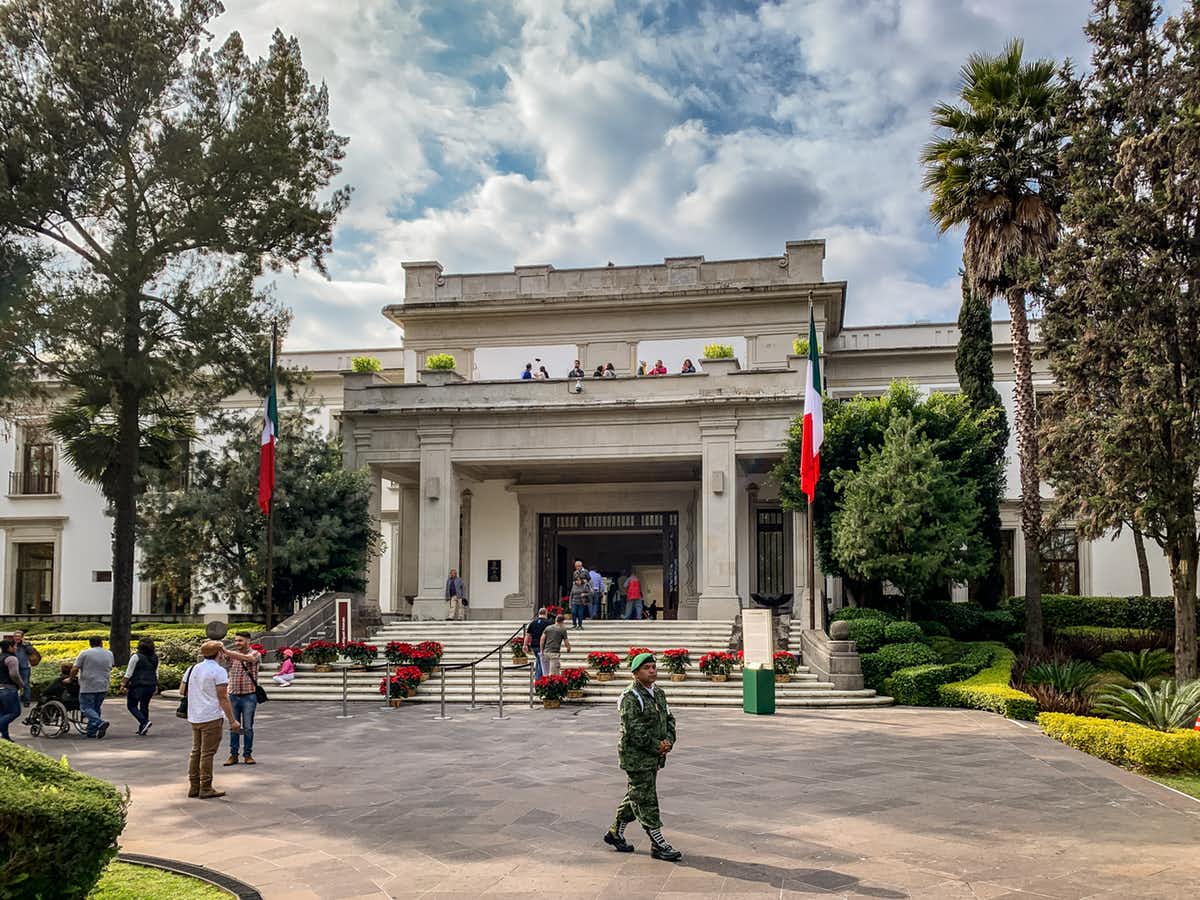 The wage gap between average workers and the Mexican head of state was the highest in the world last year, according to a report by the IG Group, a British financial services company. On average, Mexican workers earn around $15,311 a year.

López Obrador’s voluntary pay cut has drastically reduced the difference between his income and everyone else’s.

Attacks on the Judiciary

Since the Mexican Constitution mandates that no public official should make more than the president, however, López Obrador has also effectively capped wages for all government employees.

To his mind, that’s a good thing.

The days of having “a rich government with a poor population” are over, the president told a crowd in December. He was speaking in the western state of Nayarit, pledging aid for victims of a recent hurricane.

In fact, Article 94 of the Mexican Constitution explicitly prohibits reducing the salary of judges at any time during their appointment, a guarantee of judicial independence that dates back to 1857.

The Supreme Court has since agreed to take a 25 percent pay cut “in accordance with the new policy of austerity that the presidency has demanded of the Supreme Court of Justice.” That puts their 2019 salaries at about $10,500 a month, not including benefits.

In adopting this measure, the Supreme Court also clarified that, as an independent branch of government directly protected by the Constitution, the judiciary is not bound by the salary standards established by López Obrador. The justices will decide how to implement austerity within the court system.

The Supreme Court is expected to make a definitive ruling on the two lawsuits challenging the constitutionality of the Federal Law of Public Servant Salaries some time this year.

At least 12,817 Mexican public servants have already been laid off under López Obrador’s austerity plan. Many of those who have kept their jobs have seen their social security benefits and vacation time eliminated under the new law.

Beyond its questionable constitutionality, López Obrador’s de facto salary cap on public servants does not take into account the expertise, seniority or skills required of high-level positions.

Less than $5,700 a month is simply insufficient payment for the most highly skilled workers, Mexican constitutional expert Elisur Arteaga told the newspaper La Razón last year. He expects talent will flee the government for the private sector.

Nobody in Mexico thought that transforming the country would be easy when they voted López Obrador into office. To paraphrase Mexican pundit Jesús Silva-Herzog, fixing Mexico’s bloated and corrupt government was work for a surgeon with a scalpel.