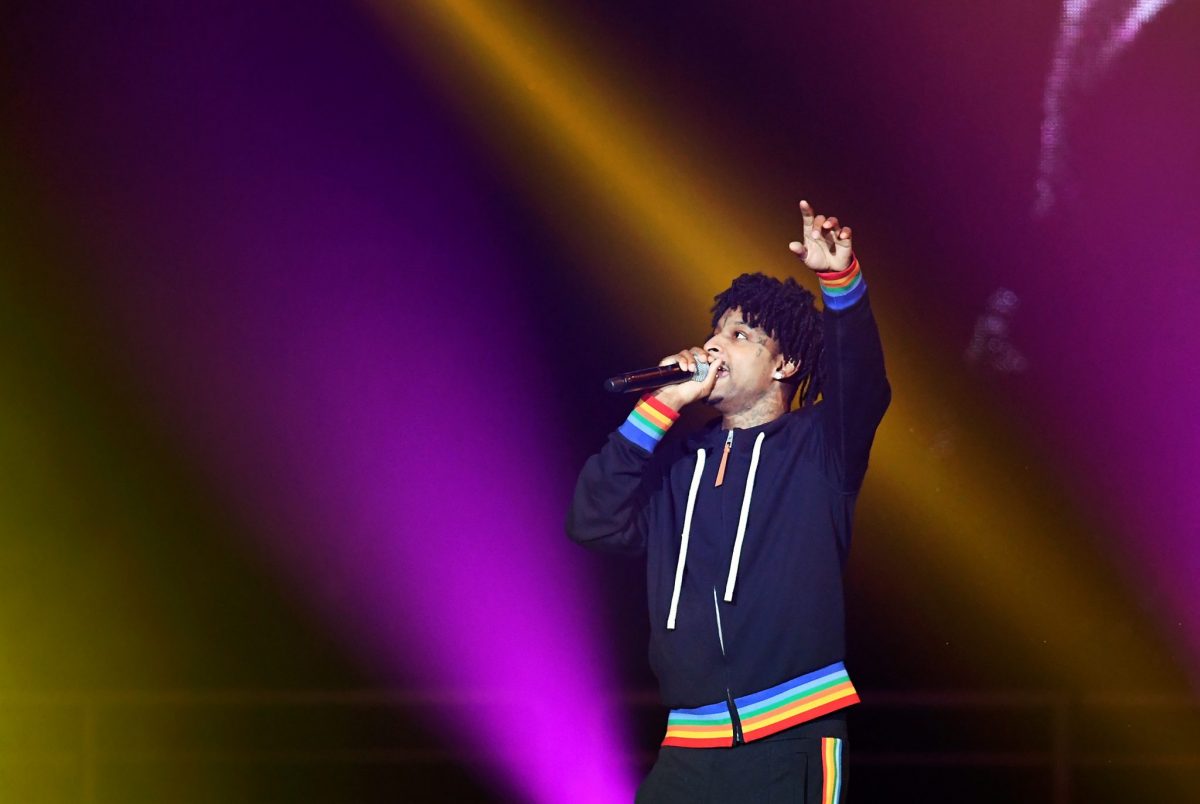 ICE has detained She’yaa Bin Abraham-Joseph, the well-known Atlanta-based recording artist and songwriter also known as “21 Savage.” ICE has refused to release him on bond of any amount, despite that he has a pending U Visa application (as the victim of crime) with USCIS and has relief from removal available to him.

21 Savage was meant to perform this weekend at the Grammys. Instead, he is in detention. His situation underscores the racial injustice that is endemic to the U.S. of mass detention and mass incarceration systems. Below please find six questions you should be asking before the Grammys on Sunday:

Question 1: Why is 21 Savage still in detention?

Question 2: Is ICE’s attack on 21 Savage’s “public persona” in the media typical for how it treats other immigrants they arrest? 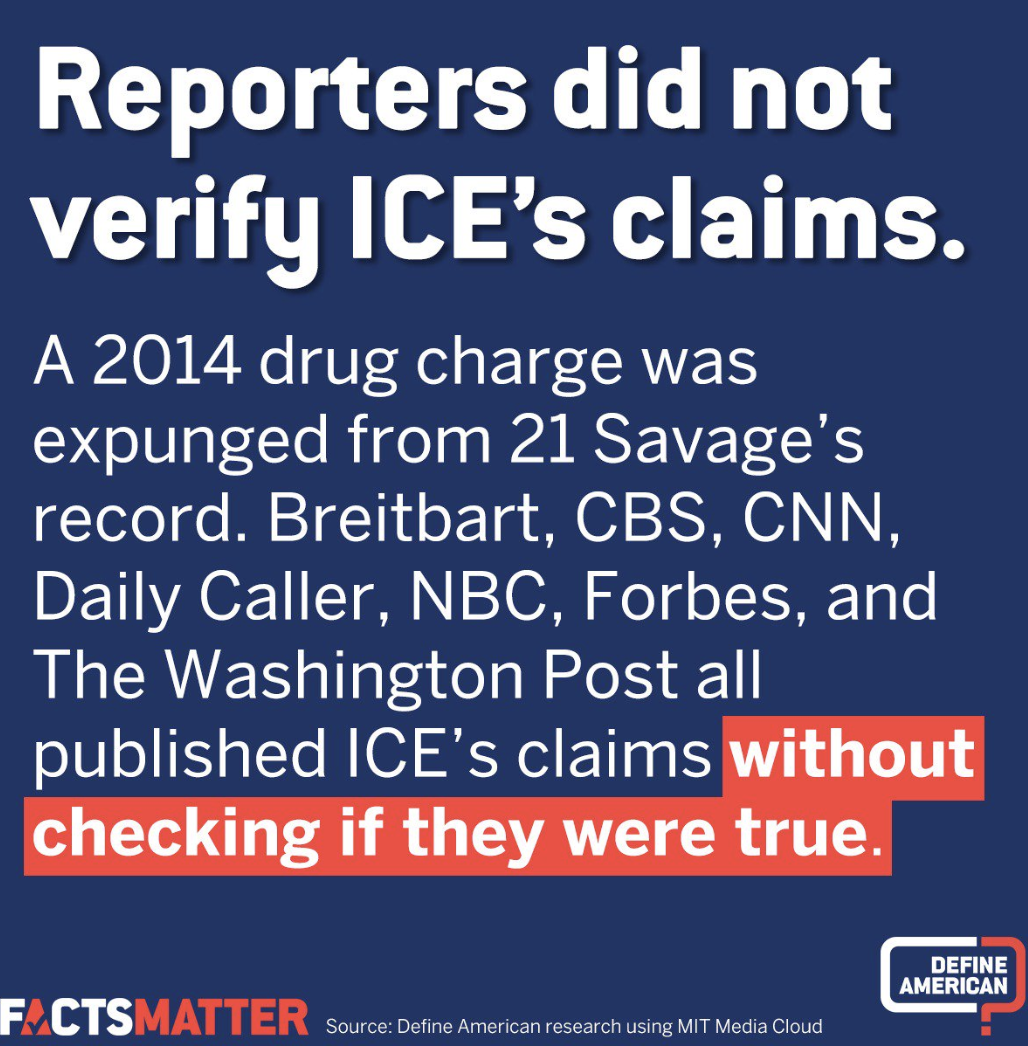 Question 3:  Did 21 Savage Speaking Out About Children Being Detained At The Border Precipitate ICE Detaining Him?

Question 4: How much did criminalizing narratives in the media contribute to 21 Savage being detained? 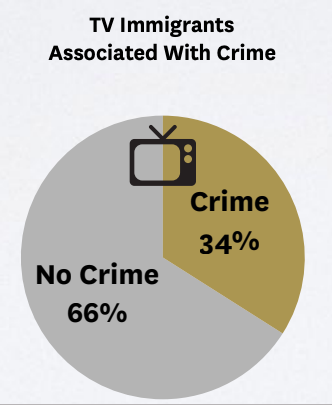 Questions 5: How can someone with a pending application for a U Visa be apprehended? 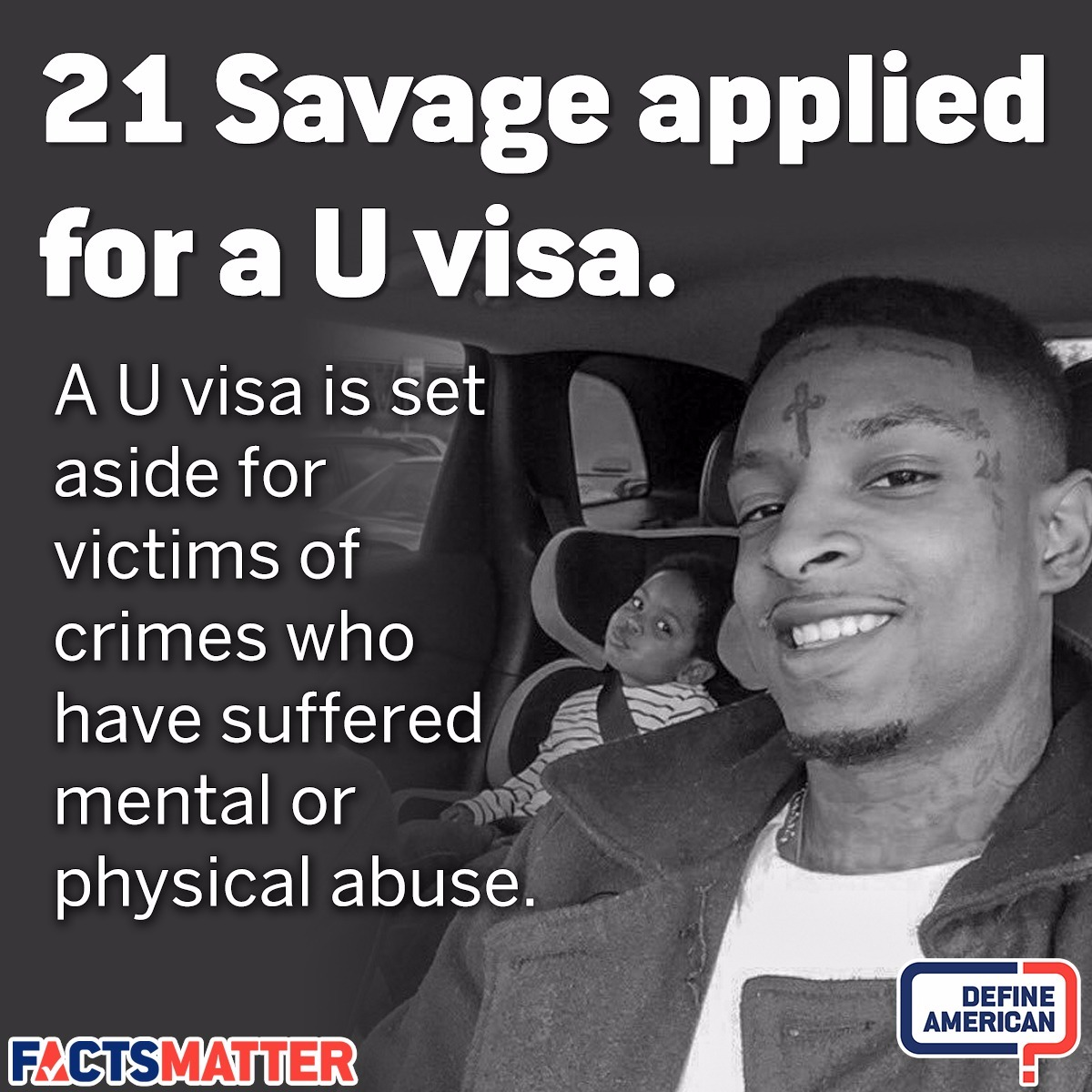 Question 6: Do You Think There Is A Connection Between Mass Incarceration and Mass Detention? 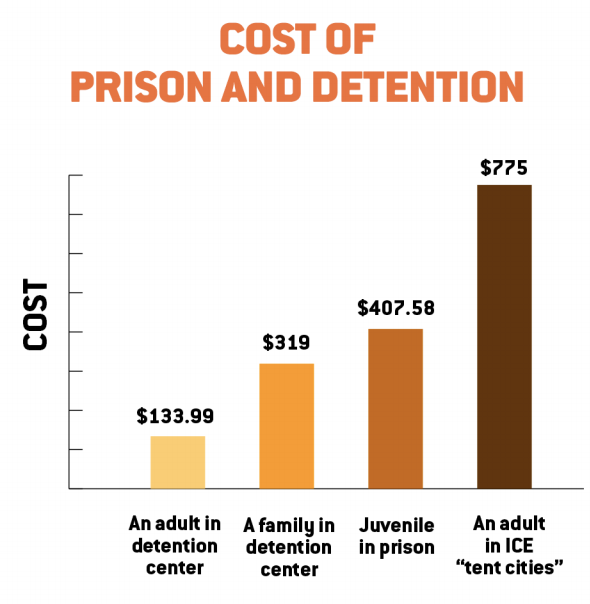 Define American is the nation’s leading nonprofit media organization that uses the power of story to transcend politics and shift the conversation about immigrants, identity, and citizenship in a changing America. It was founded in 2011 by Pulitzer Prize-winning journalist and Emmy-nominated filmmaker Jose Antonio Vargas. For more information, visit defineamerican.com.