El Chapo in Prison Changes Nothing 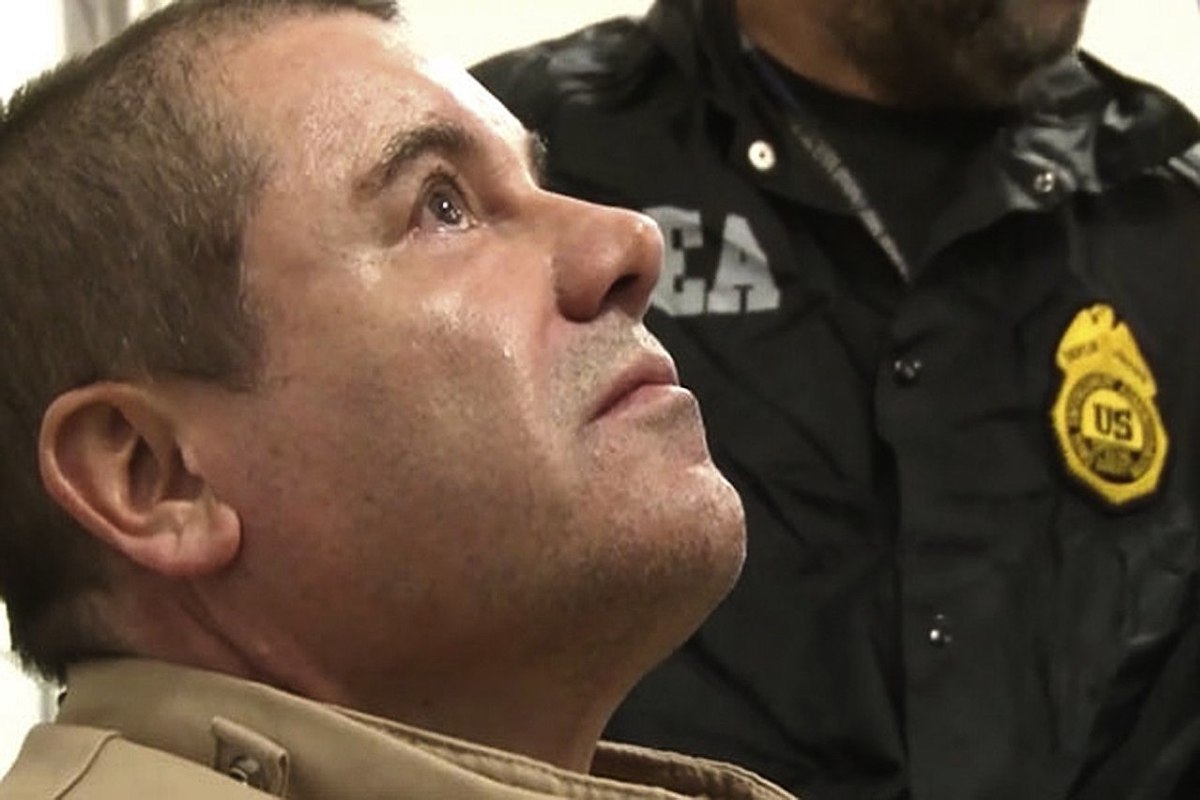 Back when I was serving tables at this Italian restaurant in 2014, I came in for a lunch shift to find the cooks and the busboys looking deflated. I was still new there and wasn’t going to ask, but one of the cooks, Chuy, this forty-something Guatemalan who did most of the talking in the kitchen, asked me if I had heard the news.

I’m not Mexican (I’m Honduran and Puerto Rican), but I’ve known who El Chapo is for a long time, at least since the first time he escaped from a Mexican prison in 2001. I grew up with a lot of Mexicans, and the way they talked about El Chapo —whose legal name is Joaquín Archivaldo Guzmán Loera— made me think he was the outlaw hero of Mexico, the Al Capone of cartels, the Jesse James of narcos. People young and old never failed to mention his humble beginnings in the hardscrabble foothills of Sinaloa, how he started with nothing and worked his way up from the bottom, how he became arguably the most powerful man in Mexico and one of the richest, and how he still remembered his lowly roots and gave back to the people.

They even sang ballads about the man.

Did he kill people? Sure. Who knows how many murders El Chapo had a hand in, either directly or indirectly. Could be hundreds, could be thousands. Every Mexican knows this, but when you bring up the dead, or the missing, many just frown and shrug their shoulders. Death to a Mexican is like snow to an Inuit. A pair of decapitated bodies found dangling from a bridge is merely another cold day in Juárez.

So that explains the frowns on the faces of the kitchen crew on that especially cold morning back in February of 2014. El Chapo getting nabbed while he was still asleep with his wife in a hotel on the beach in Mazatlán meant a lot of mixed emotions. Everybody was quiet and looking already tired. Except the sous-chef Francisco, a soft-spoken Mexican man whom we all respected because he was the oldest at the restaurant, took pride in his work, and carried himself with more dignity than the rest of us combined. He was cutting vegetables at the stainless-steel counter and smiling to himself.

“You reap what you sow, muchachos,” is what he told anyone who openly wondered how the world’s richest and most powerful drug kingpin could get cuffed by the Mexican Navy on his home turf. Till the busboy/dishwasher Fredy, whom we all respected because he was the second oldest and worked the hardest, heard what we were all wondering about, and hollered out from the back of the restaurant, “No, it’s because somebody never received their money.”

That’s pretty much how most Mexicans feel now… Hell, most Latinos, too. Sure, they found Shorty guilty on all 10 counts in Brooklyn on Tuesday. And, yeah, he’s probably going to prison for the rest of his life. But what’s it matter?

“The fact that Chapo will spend the rest of his life in a prison simply does not mean that the criminal groups and drug gangs will be taken down or dismantled,” says Anabel Hernández, a crime journalist speaking to a New York Times reporter in Mexico City. “Mexicans are deeply aware of that and it doesn’t mean they are indifferent to it… It is they who are being murdered and made to disappear in the thousands, with or without El Chapo.”

And that’s pretty much how most Americans feel, too. Well, at least most of the people I talk to (and I talk to anybody). They don’t think El Chapo’s being in prison is going to do a thing to the number of bodies hanging from bridges in Mexico, or the number of people dying on heroin in the United States. El Chapo is just one man from nowhere and nothing. Nobody believes he’s the reason over 200,000 are dead and over 35,000 are missing in Mexico, or that opioid overdoses now kill more Americans than car accidents.

In fact, seven out of 10 honest Mexicans will probably tell you that La República would have been safer with El Chapo still out on the lam. Then you wouldn’t have upstarts like the Cartel de Jalisco Nueva Generación thinking they can go to war with the Sinaloans. Things got pretty peaceful in Mexico after the Sinaloa Cartel became the Apple of drug trafficking. But cartels have blood borders, and the sound of Judge Cogan’s gavel in that Brooklyn courtroom is like a dinner bell to Sinaloa’s competition, old and new, looking to gobble up some turf and cut in on the action.

Most of the Mexicans I talk to say the hunt for El Chapo and his subsequent trial were all a big fat waste of time, man-hours that could’ve gone, should’ve gone toward cleaning up the corruption in the Mexican government and the business class—you know, the people ultimately responsible for what does or doesn’t happen in Mexico. Considering that an investigation has yet to be opened concerning the hundred million dollars El Chapo’s old-buddy-turned-government-snitch says he gave to former President Peña Nieto on El Chapo’s behalf back in 2012, it’s hard to disagree with them.

At the very most, El Chapo’s imprisonment is just the snake eating its tail. Notice how you haven’t seen any politicians or police chiefs on trial in Mexico for everything that’s happening there. And last time I checked, companies like Purdue Pharma, the makers of OxyContin, are still making billions hand over fist, and people like the Sackler family, who own Purdue Pharma, are still living better than El Chapo ever did.

Before El Chapo’s trial even started in November, The Times of London reported it could cost as much as 50 million dollars to try this bogus boogeyman. Add that to the money it’s going to cost to now feed him, house him, and keep him alive, and the average American has to be thinking: If it’s a waste of time for Mexico, then it’s a waste of money here.